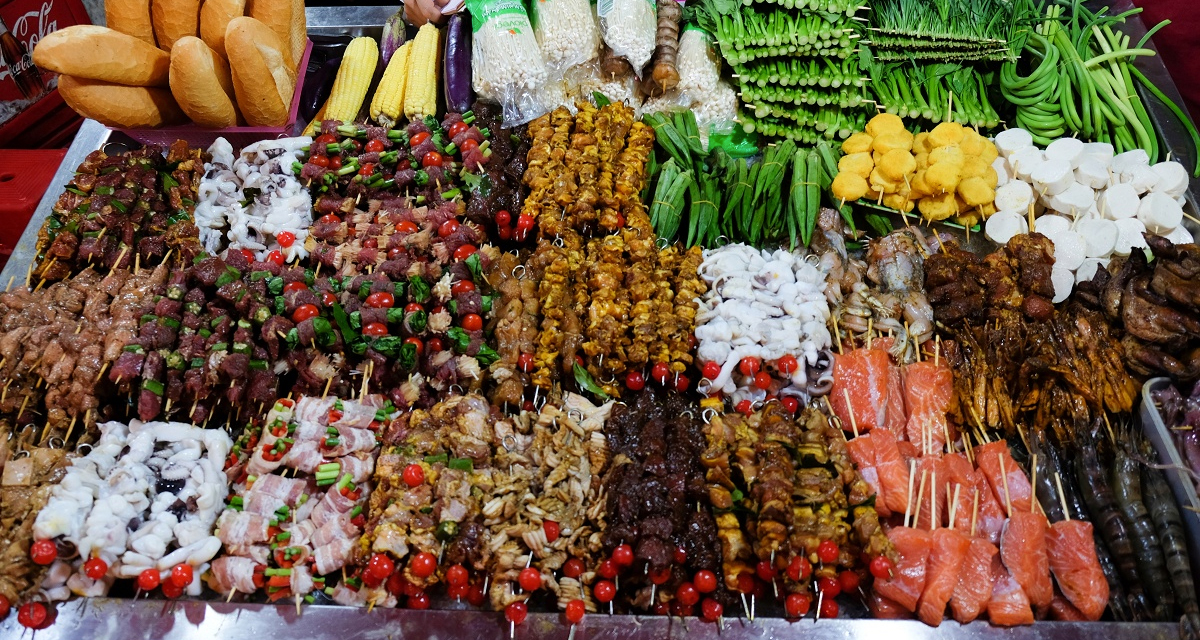 An Ode to Pho Thìn and their eternal beef soup flame

One of the fringe benefits of going out anywhere in Hà Nội even moderately late was the trip home, either pedaled sleepily across town in a cyclo, or on foot through the dark city streets.

The boulevards were almost barren, but life lurked under the few dim lampposts if you looked or listened for it.

Most obvious were the women street cleaners. Using stiff brush brooms and working throughout the night, they swished and swashed the gutters of coconut shells, noodles, rubbish bags, and kitchen scraps. These hardworking women would then gather large bundles of waste, sling them into their pushcarts, and wheel them across town to a collection point.

On two or three street corners you could find flower and fruit sellers laying out their wares in the 2 a.m. gloom, waiting to divvy the goods between the many haggling traders who’d sell the stuff at a markup in markets all over the city.

There were bicycle-riding hookers, half hidden by shadows, who would whisper sweet nothings from between the trees as they tracked potential customers exiting the Lypse and the few other late-night bars that existed.

And there were men crouching here and there, dressed in shorts, bare-chested or with a T-shirt rolled up to cool a belly. I was largely oblivious to them, until I’d catch the occasional clandestine glow of a cigarette in a hidden doorway.

It was Hà Nội at its most blissful. So quiet. I could hear everything from the creak and burr of the cyclo driver’s pedals to his breath as he sucked and exhaled on a Vinataba. I’d wait for the inevitable release of those rough tobacco fumes over my head, and the equally inevitable plea in my ear as he’d lean forward and, with a conspiratorial croak, try to sell me Hà Nội’s heady nighttime concoction of marijuana and “Madame Boom-Boom.”

The calmest, almost-opiated moments I ever spent in Hà Nội were on cyclo journeys like this late at night. I often fell asleep.

The night I discovered Phở Thìn, I’d exited the Lypse and staggered home alone at 2 a.m., on foot, heading north up L. Đúc Street. It was January, about 6 degrees Celsius, about as bone-chilling cold as Hà Nội ever got.

Through the silhouettes, under the sparse halogen glow, I saw a group of three cyclos, motionless, obstructing the pavement in front of me.

All three drivers were fast asleep, open to the elements on this harsh winter’s evening. I’d always assumed these guys had homes to go to somewhere. It appeared, for these old boys at least, that their cyclos were their homes.

It was only as I walked slowly around them that I felt the heat. When I looked closer at the wall they were snuggled up against, I noticed a faint glow through the shop-front grill, coming from under a ginormous vat. I knew what it was instantly. I could smell the strident beef note of a vast phở b. stockpot. These drivers were holed up here in the dark for warmth, and possibly an early breakfast. Clever. Any restaurant that kept its fires burning 24/7 had to have something going for it. Not quite an Olympic flame, I thought, but better: an eternal beef soup flame.

As I found out the following day, Phở Thìn adhered to the shithole rule with grime-encrusted bells on. This place took the term “craphole,” beat it around the ears, slammed it into the corner, and flattened it to a pulp. Phở Thìn was a shitpit of the highest order.

In the front of the shop, open to the pavement, were two enormous blackened vats, likely relics of the Industrial Revolution. The kitchen area was completely covered in soot, the stove was caked in grease, and beef bones hung from great, dirty hooks above the cauldrons.

The customer entrance was lined with loaded bowls, half filled with noodles and spring onion. A rack of fresh eggs sat to one side, and a butcher’s knife lay on a chopping board. The grubby board itself had heard a rumor about something called dishwashing liquid sometime back in the early eighties, but had suffered amnesia ever since. Stacks of cooked meat and stacks of raw meat sat side by side next to the filthy chopping board.

There was only one dish—phở b.—and only the bare minimum of options: raw beef, cooked beef, or a mix of the two; raw egg or no raw egg. Take your pick, take it quickly, eat up, and get out. That was the long and short of it at Phở Thìn.

One of the three handlers at the entrance took my order—raw beef with an egg. I waded into the feculent swamp to find a place at one of four grease-smeared stainless steel tables. Three ceiling fans hovered above the carnage: toothpicks, scraps of tissue paper, dropped chopsticks, spoons, discarded gristle, saliva, stray noodles, strands of spring onion, and blobs of hot red chili sauce.

I’d long been used to the peculiarly Hanoian style of “service with a snarl.” At Phở Thìn there simply was no service, just snarl.

On this first visit and all subsequent returns, the server stuck his thumb into my soup—and of course it was the thumb with the creepy long nail meant to denote the nobility that he so obviously lacked—as he threw breakfast in my general direction.

These guys simply did not give a damn if I, or anyone else, was there or not. What they did give a damn about, I thought, was their soup.

It was a punk attitude I came to respect. And if, as I imagined sometimes, the Hà Nội street food scene was run by a bunch of punks, the Phở Thìn boys were undoubtedly the Sex Pistols. Never mind the bollocks, here’s the phở.

From EATING VIET NAM. Used with permission of Ecco. Copyright © 2016 by Graham Holliday.

Graham Holliday grew up in Rugby, England, and moved to Iksan, South Korea, in 1996 to teach English. He relocated to Việt Nam the following year. He started work as a journalist in Sài Gòn in 2001. He is the author of the blog noodlepie, about street food in Sài Gòn. He has written for the Guardian (UK), the New York Times Magazine, the South China Morning Post, Time, BBC, CNN, and many other media outlets. He went on to become a foreign correspondent for Reuters news agency in Rwanda, and now works as a journalism trainer for the BBC and other organizations. He is currently based in Dakar, Senegal, and is writing a novel. 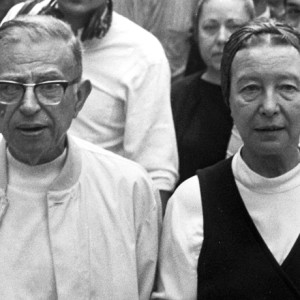 The Bailey’s Women’s Prize for Fiction longlist of 20 includes Elizabeth Strout’s My Name Is Lucy Barton, Elizabeth...
© LitHub
Back to top