The Problem of Using Absurdity to Depict Tyrants

Laurence Rees in Conversation with Andrew Keen on Keen On

In this episode, Andrew is joined by Laurence Rees, author of Hitler and Stalin, to discuss the regimes of history’s most notorious dictators.

Andrew Keen: The book, as you say, is a very detailed, very well argued, highly substantial narrative about a very odd, unreal moment in European history and world history. Do you think that movies like Chaplin’s Great Dictator or Iannucci’s about The Death of Stalin, which are highly ironic—or even dealing with Hitler memes; sometimes they’re absurd, of course, but sometimes quite relevant—is that a better way of confronting the absurdity of Hitler and Stalin?

Laurence Rees: No. I mean, I love Death of Stalin; I thought it was brilliant and hysterical, just great. But the reasons I say no, I don’t, is because I just talked about how I was making serious documentaries, and even in the context of serious documentaries sometimes, it was hard to get across detailed arguments, especially new ones. And films aren’t about that. When I was running history I was doing all this, but also we started getting involved in some quite big historical dramas. And as soon as we moved into doing dramatizations, you started meeting people who were dealing in drama, and those meetings were just hysterical because we’d be going through what we would want to do and I’d say, but the bit here you’ve changed, because this didn’t really happen, so we can’t do that. And they go, no, no, no, no. We’re talking here about essential truth. We’re talking dramatic truth. And I’d say, you mean a lie, obviously.

So you have a fundamental problem between the two forms, because with a drama, you must have a narrative arc. There’s a wonderful—was it Oscar Wilde who said the good ended happily and the bad ended unhappily, that’s why we know it’s fiction. You know, you have a dramatic arc. It has to go in a particular way. Real life doesn’t. That’s why I’ve always been more interested, ultimately, in real life, because we need to confront real life where it doesn’t go like that.

Laurence Rees is an award-winning historian and documentary film maker, and author of Auschwitz, and Holocaust, both published by PublicAffairs. He lives in London.

Just As I Am by Cicely Tyson and Michelle Burford, Read by Viola Davis, Cicely Tyson, and Robin Miles

Lydia Millet on Letting the Work Change You 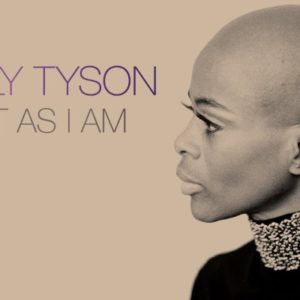 Just As I Am by Cicely Tyson and Michelle Burford, Read by Viola Davis, Cicely Tyson, and Robin Miles