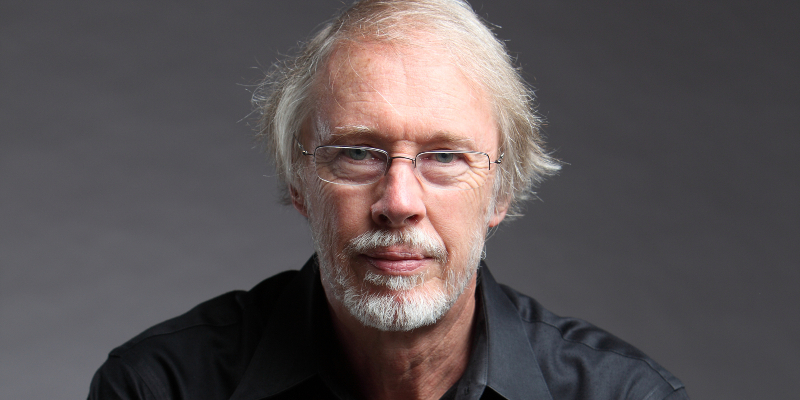 The Politics of Craft: Charles Baxter on How His Essays on Writing Respond to a Changing World

Writer and professor Charles Baxter joins Fiction/Non/Fiction hosts V.V. Ganeshananthan and Whitney Terrell to discuss his new essay collection Wonderlands: Essays on the Life of Literature, and how his thoughts on craft are linked to the times in which we live. He defines concepts he has used, including “wonderlands,” “Captain Happen,” “request moments,” and “toxic narratives,” and offers illustrations from literature and the world around us to show how these can inform the writing of fiction. For example, he explains, Donald Trump rejects his loss in the 2020 presidential election as a toxic narrative because it would change his understanding of who he is.

V.V. Ganeshananthan: It seems to me like your concept of “wonderlands” has something to do with the uncanny valley.

Charles Baxter: It does. Of course, it comes out of Alice in Wonderland, which I think of as not a… it’s a funny novel, but to me, it is as much a nightmare as it is a sort of wonderful thing. I think in my case, it probably came out of a fairly consistent immersion in the novels, the fiction of Murakami. And particularly, his long novel 1Q84 which I had reviewed several years ago. He calls these alternative landscapes that he creates, he calls them “wonderlands.” And there’s nothing wonderful about them.

VVG: You write extensively about Murakami in the book. In another essay, “Toxic Narratives, and the Bad Workshop,” you cite Trump as someone who rejected a narrative because it was toxic to him. We would all like to maybe escape this world and its version of non-fact-based reality, or whatever it is that we’re in, but how do news and politics influence your thoughts about craft as you’re developing these terms?

CB: Well, I’m tempted to say that none of us is immune. I guess you could go off and live in a cave and somehow stay free of what we are confronted with every morning. I know people who have just stopped reading the morning paper, and who don’t watch the news, because they find that it’s too much to bear. But, you know, if you’re paying attention to what is happening, you gradually by osmosis begin to absorb it. And it’s bound to affect the kind of fiction that you write. It certainly has with me. And I guess I would say that we all have to write about what it’s like to be alive at the time we’re living. What else can we do? We can write historical novels. But I can’t do that. I don’t want to do that.

Whitney Terrell: There is an idea that craft is separated from politics or reality. Now our show is about politics and literature and craft, but I did find it really fascinating in the Wonderlands essay that you mentioned, where you talk about there being no division between setting and consciousness. Also the toxic narratives essay. Both seem to be talking about craft ideas and responding to ideas about work that are existing because of the current political situation. When you mention people being unable to accept narratives that they don’t like, and also people being unable to accept reality, that’s what’s happened with the election, the dispute over the election. And it seems to me like those essays are directly responding to that.

CB: Exactly. I guess I should define very quickly what I think a toxic narrative is. A toxic narrative is one that either you know, or you have lived through or which is true for you, but which you cannot say, you cannot admit it. For example, just a political idea that Donald Trump’s loss in the last election is for him a toxic narrative, it is one that he cannot tell without fundamentally altering his sense of who he is. When something has happened to you, or more particularly, when you’ve done something which violates who you think you are, you can’t tell it. You can’t say it. Now, in response to the other point that you made, I was just reading Elif Batuman’s Either/Or, and in the course of that novel she says that she hates craft essays, because they don’t seem to have anything to do with the actual problems of life. For my own part, that’s wrong. Every one of the essays in Wonderlands arises out of a problem I was trying to solve both in writing and in life.

VVG: That’s one of the great things about the book, and I think really all of your craft essays, that they take on not only the narratives on the page, but how those interact with the ones you experience in the world and the ones you control and don’t control in the world.

WT: What is the film that has the two guys at the lighthouse that came out recently? Did you guys see it?

CB: One of the features of the horror genre, which I take fairly seriously, is that the atmosphere is always more important than the facts. And the atmosphere, which has everything to do with the setting, seems to have buried in it something that you can’t immediately find out about it. And so what you see is not necessarily what you get in horror, and I’ve been thinking about this with reference to contemporary movies, like Get Out, but also classic English novels like Wuthering Heights, which, for me, is as much a novel of horror as as say, Dracula is. And structurally, if you look at the openings of those novels and those movies, they all function in more or less the same way. You have to have a visitor arrive at a place and gradually the visitor falls prey to the atmosphere there.

VVG: My friend Bennett Sims who wrote what Salon or Slate called a Proustian zombie novel, which is set in Baton Rouge, he and I were talking about the way that time also expands and contracts in horror. And then, as you were talking, I was just thinking about how, during the pandemic, so many people have described the same thing, or even just kind of maybe politics since 2016, since we started this podcast. Lacy Johnson, who’s been on the show a couple times, she says, time is a soup.

CB: I think during the pandemic, everybody began to notice that something had happened to their perception of time, partly because social occasions weren’t occurring in the way they once had, and you felt sort of cooped up in your house, and time stretched out in ways that you were not used to. And when people went out in public, they weren’t looking at each other in the way they once did. Both because they had masks on or they didn’t, and they were staring at you, because you had forgotten to put your mask on. A lot of strange things happened during the pandemic and are still happening. That has made me think about how atmospheres function or settings function in fiction, and elsewhere. 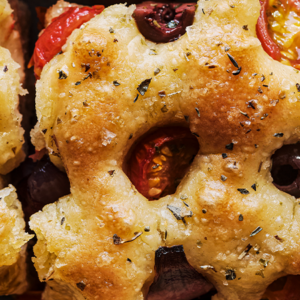 Baking is all about sharing. Even after more than three decades in many different professional roles, nothing beats making...
© LitHub
Back to top