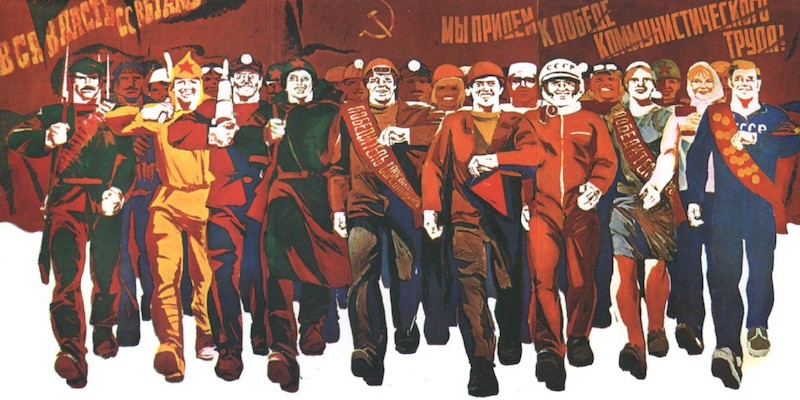 Talking Russian-American Politics, and the Enduring Appeal of Russian Literature

Sana Krasikov on the “internal émigré”
“In Russia there’s actually a term for them, which would be ‘internal émigré’… You drop out of the public sphere and you lead a rich interior life. One thing that Russian immigrants have often bemoaned as they’ve immigrated is that the interior life of people in their new country is just not as rich, and they have a point, but I think people can develop that to compensate for the fact that they don’t feel like they can change much in the public sphere. It actually makes me think of this quote from Elizabeth Gilbert—and forgive me guys, I do love my Elizabeth Gilbert—but she was saying why the Italians have the best meatballs. They’re like, if you can’t change your bureaucracy at least you can make the best meatball in the world. So I think of it as the best meatball effect.”

“I think the reason people did say ‘Wow, a lot of this feels familiar,’ wasn’t just because Russia was in the news, it was because a lot of the ideas that have always been there that I was trying to explore are suddenly under the spotlight. I think you can’t help it, as a writer in a modern age, when you’re trying to grapple genuinely with a historical subject, thinking about projecting our own experience on it. I like that it’s sort of this parallel universe where the rules are slightly different, but you get to think to think about very current subjects.”

V.V. Ganeshananthan on the decline of public education…
“[There’s] the decay of certain institutions of the state that ought to be operating as checks on justice whether it’s the judiciary or, going back to what you said earlier about us having to be accountable for our own votes, in the case of the United States, the really clear decline of public education… I don’t think I’m as surprised as other people that Trump won. I feel already past that surprise. I think I associate that lack of surprise also with communities of color that I’m in touch with, where people are like, come on, this was here all along.”

Whitney Terrell on relating to the characters in a Turgenev novel…
“For me, one of the things that I liked about Russian writers is slightly different—it’s not a class thing, it’s a space thing. In other words as somebody from the Midwest, in Turgenev, for instance, you know in Fathers and Sons, the idea of coming home from college to a rural area, the isolation and separation from the capitals, which is also present in Chekhov’s stories sometimes, really was meaningful to me. It felt like the world that I’d come out of.”

“Maybe we’re moving out of our Chekhov period and into more of our Dostoyevsky period.”

Charles Baxter on the sly genius of Chekhov…
“One of the things that’s interesting about Chekhov’s stories is that in many of those tales—and in the plays too, particularly—characters have been given almost everything that, at least in America, you would assume would make them happy. They have an adequate income, they’re reasonably civilized, they have all of the features of life that we believe should create contentment, and yet they’re not happy. And they are often articulate about why they’re not happy, and you know, Chekhov is very smart about what happens to people who have too much leisure time and not enough of a sense of what their lives should actually contain. They don’t feel a sense of mission and they don’t know what they should be doing with their lives. I think that resonates with a lot of Americans.”

Burning Down the House by Charles Baxter
*
The Patriots by Sana Krasikov
*
Fathers and Sons by Ivan Turgenev
*
The Brothers Karamazov by Fyodor Dostoyevsky
*
Absurdistan by Gary Shteyngart
*
Anton Chekhov “Uncle Vanya,” “In the Ravine”

Recommended reading from a bookseller: For this episode’s In the Stacks section, Ashley Warlick talks about five additional books that fit with the theme. Warlick is the author of the 2016 novel The Arrangement, about MFK Fisher, and one of the founders of M. Judson Books in Greenville, S.C.

30 Dystopian Novels By and About Women

Reclaiming a Beloved Writer from the Brink of Disappearance 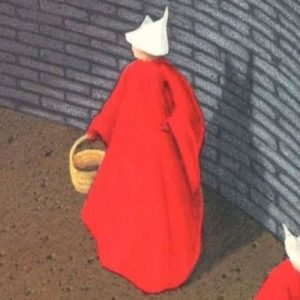 30 Dystopian Novels By and About Women

This week marks the release of Louise Erdrich's Future Home of the Living God, a novel that envisions a world in which evolution...
© LitHub
Back to top
Loading Comments...