Kendra Winchester: So Heartland is about Sarah Smarsh and her life. She chronicles her life as a working class person, and she also looks at the cycles of poverty as represented by her grandmother and then her mother and then herself and what that looks like. And I feel like this does for Kansas and the plains of the United States what Hillbilly Elegy should have done, but didn’t, for Appalachia. And, oh my goodness guys, wasn’t this book like . . . that . . . you just . . . you just can’t even. It’s just so good.

Autumn Privett: I think it does strike a nice balance between being very well researched and very thorough but also adding in that personal experience piece.

Jaclyn Masters: You know the personal stuff, I found it fascinating. And I listened to it as an audiobook, and narrates it herself. And yeah, it was it was really, really powerful to read.

KW: I loved how she was able to talk about the challenges of being a working class person and the disadvantage that one has when you are a working class person. But she also recognizes the complications of, well, an African American person in her same position would have an even more difficult . . . because they have that additional disadvantage of the race systematic racism in our country and how how their lives might have even been different, and she kind of charts that with each generation of her family, like . . . well, there was this legislation about civil rights around this time, you know. And so she kind of checks in with you and reminds you like, “Yes, we had it very difficult, but we had the privilege of our race on that.” So I felt like she struck that perfect balance of giving respect where respect is due but also just talking about her own challenges and her family.

AP: It’s very intersectional, which I think is essential. There’s no other way around it. Also I appreciate her discussion about how the work that families like her family does is so important but also how it’s like super under appreciated. I live in Atlanta, and there’s a lot of talk about where does your food come from kind of a thing. And it’s kind of cool for people to talk about, but there’s not really discussion about the family. I don’t know. It’s just not part of this larger discourse in our country of, Where does our food come from? You know it doesn’t just materialize out of nowhere. So I appreciated that discussion as well.

KW: And I felt a kinship with it because, you know, Appalachia is notoriously ignored. But, you know, she lives in a “flyover” state. And that’s equally as ignored, and I definitely connected with it.

AP: Yeah exactly. So you know, I live in a bigger city now, and I didn’t realize how having a permanent address is so important to so many things in the world. And if you don’t have your own permanent address, that’s a huge barrier for people. So Melissa Rivero really kind of shows in The Affairs of the Falcons the behind-the-scenes look of the struggles and the sacrifices that you have to make and the really hard decisions that immigrants in particular have to make. And there’s even a discussion in the book about whether or not they should go back to Peru. And so it’s just very complex, and in a good way, and very nuanced. And I think that she shows really well the struggles of being an immigrant in America.

The Poetic Half-Life of One Family's Nuclear History 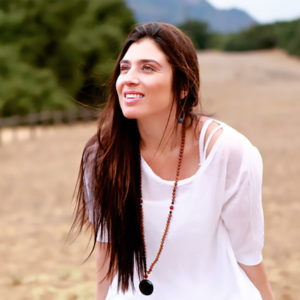 This week on Otherppl, Jennifer Pastiloff is the guest. Her new book, On Being Human: A Memoir of Waking Up, Living Real,...
© LitHub
Back to top