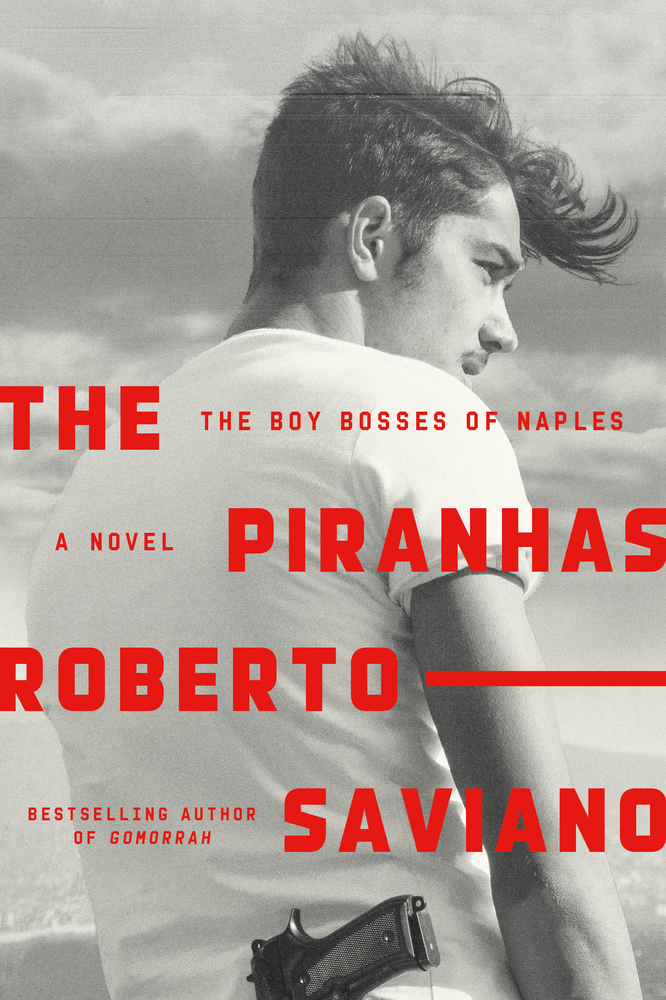 The following is from Roberto Saviano's novel, The Piranhas. Set in Naples, where "Paranze", gangs of teenage boys, rule the streets and mark out the territories of their Mafia bosses, The Piranhas tells the story of one such gang and its leader, Nicolas. Roberto Saviano contributes regularly to L'Espresso and numerous other Italian reviews and journals. Since the publishing of his first book, the bestselling Gomorrah, he has lived in hiding and under police protection.

“Are you looking at me?”

“Huh, who gives a shit about you?”

“Then why are you looking at me?”

“Listen, bro, you’ve got me mixed up with someone else! I wasn’t even thinking about you.”

Renatino was surrounded by other kids, they’d singled him out for a while now in the jungle of bodies, but by the time he even noticed, four of them were standing around him. The gaze is territory, homeland—looking at someone amounts to entering his home uninvited. To stare at someone is a form of invasion. Not to look away is a manifestation of power.

They were occupying the center of the piazza. A little piazza enclosed by a semicircle of apartment houses, with a single road in or out, a single café on the corner, and a palm tree that was all that could impress a whiff of the exotic upon the place. That tree jammed into a few dozen square feet of topsoil transformed the perception of the façades, the windows, and the entrances to the apartment houses, as if it had blown over from Piazza Bellini on a gust of wind.

Not one of them was a day over sixteen. They stepped closer, inhaling one another’s breath. By now it had come down to a challenge. Nose to nose, ready for the head butt, hard skullbone smashing into nasal septum—if Briato’ hadn’t stepped in. He’d placed his body between them, a wall marking a boundary. “Why don’t you shut up already? You still keep yacking! Fuck, you won’t even lower your eyes.”

The reason Renatino wasn’t lowering his eyes was that he was ashamed to, but if there were a way to get out of that situation with a gesture of submission, he would gladly have done it. He’d have bowed his head, even gotten down on his knees. It was a bunch of them against one: the rules of honor don’t count when you’re about to vattere someone. Vattere in Neapolitan doesn’t translate simply as “fight” or “beat up.” As so often happens in the languages of the flesh, vattere is a verb that overflows the basin of its definition. Ti vatte means “beats you,” but in this broader, Neapolitan sense of the word, while ti picchia is the narrower, standard Italian phrase. Your mamma ti vatte, the police ti picchia, your father or your grandfather ti vatte, your teacher at school ti picchia, your girlfriend ti vatte if you let your gaze rest too long on the eyes of some other girl.

“You’re liking all the pictures of Letizia. You’re adding comments everywhere I turn, and now I come down here to the piazza, and you dare to look me in the eye?” Nicolas accused him. And as he talked, he was pinning Renatino like an insect, with the black needles he had for eyes.

“First of all, I’m not even looking at you. And anyway, if Letizia posts pictures, that means I can add comments and put likes,” Renatino replied.

“So you’re saying I can’t vattere you?”

Nicolas started shoving him and jerking him around: Renatino’s body stumbled over the feet that stood beside him and bounced off the bodies facing Nicolas, like a billiard ball hitting the cushions on the table. Briato’ pushed him against Drago’, who seized him with one hand and hurled him against Tucano. Tucano pretended to smash his head into Renatino’s face, but then handed him back to Nicolas. There was another plan.

“The gaze is territory, homeland—looking at someone amounts to entering his home uninvited. To stare at someone is a form of invasion. Not to look away is a manifestation of power.”

“Oh, what the fuck do you think you’re doing! O!!!” His voice came out like the sound of some animal, or really like the yelping of a frightened puppy. He kept emitting a single sound that came out like a plea, an invocation of salvation: “O!!!”

A flat, simple sound. A guttural, apelike, despairing “O.” Calling for help amounts to signing your name to a certificate of your cowardice, but he secretly hoped that that one letter, which is after all the final letter in the Italian cry for help—aiuto!—would be understood as a supplication, without the ultimate humiliation of having to openly beg.

No one around them was lifting a finger, the girls went away as if a show was about to begin that they didn’t want to see, that they couldn’t see. Most of the others stayed, almost pretending that they weren’t there, an audience that was actually extremely attentive but ready to swear, if questioned, that they’d had their faces turned away the whole time, toward their iPhones, and that they’d never even noticed what was going on.

Nicolas shot a quick glance around the piazzetta, then gave a hard shove that knocked Renatino to the ground. He tried to get back up, but Nicolas’s foot stamping square in his chest knocked him flat to the pavement. The four of them, the whole gang, arrayed themselves around him.

Briato’ set about grabbing and holding both of Renatino’s legs, by the ankles. Every so often one of them would slip out of his grasp, like a big Christmas eel trying to fly through the air, but he always managed to sideslip the kick in the face that Renatino was so desperately trying to deliver. Then he strapped both of Renatino’s legs together with a light chain, the kind used to fasten a bicycle to a pole.

“It’s good and tight!” he said after snapping the padlock shut.

Tucano bound both of Renatino’s hands together with a pair of metal handcuffs covered with red fur, something he must have found in a sex shop somewhere, and started giving him a series of kicks in the kidneys to quiet him down. Drago’ held his head still with a certain delicacy, the way EMT nurses do after a car crash while putting on a neck brace.

Nicolas dropped his trousers, turned his back, and squatted over Renatino’s face. He reached down rapidly and grabbed both the boy’s handcuffed hands to hold them still, then started shitting in his face.

“What do you say, ‘o Drago’, do you think this piece of shit”—he used the classical Neapolitan epithet omm’ ‘e mmerda—“is ready to eat some shit?”

Renatino was twisting and shouting, trying to get free, but when he saw the brown mass emerging he suddenly stopped moving and shut himself up tight as he could. He clamped his lips, wrinkled his nose, contracted his face, hardening in hopes of turning it into a mask. Drago’ held the head firmly in place and only released it after the first piece of shit flopped onto Renatino’s face. The only reason he let go, though, was fear of getting some on his hands. The head started moving again, as if the boy had gone crazy, right and left, doing all he could to toss off the piece of shit, which had lodged between his nose and upper lip. Renatino managed to knock it off and went back to howling his O! of desperation.

“Fuck, Nicolas, you really must have eaten a big meal…”

Drago’ went back to holding Renatino’s head, still gingerly, with the caution of a nurse.

He shouted helplessly, and then fell silent the instant he saw the second piece exiting from Nicolas’s anus. A hairy dark eye that, with a pair of spasms, chopped the excremental snake into two rounded pieces.

“Drago’, do you want some shit tiramisù all for yourself?”

The second piece dropped onto his eyes. Then Renatino felt Drago’ release him, both hands letting go at the same time, so he started whipping his head around hysterically, till he started to retch, on the verge of vomiting. Then Nicolas reached down for the hem of Renatino’s T-shirt and wiped his ass, carefully, without haste.

They left him there.

“Renati’, you need to thank my mother, you know why? Because she feeds me right. If I ate the stuff that zoccola di mammeta—that slut mother of yours-cooks, then I’d have crapped a faceful of diarrhea on you, a shower of shit.”

Laughter. Laughter that burned up all the oxygen in their mouths, that choked them. More or less like Lampwick’s braying in Pinocchio. The most nondescript kind of ostentatious laughter. The laughter of children, coarse, mocking, overdone, meant to meet with approval. They took the chains off Renatino’s ankles and unlocked his handcuffs: “You can keep them, consider it a gift.”

Renatino sat up, clutching at the fuzzy handcuffs. The others left the piazzetta, shouting and revving their motor scooters. Like gleaming beetles, they accelerated for no reason, clutching at the brake levers to avoid slamming into one another. They vanished in an instant. Nicolas alone kept his two black needles pointed straight at Renatino right up till the very last. The wind tousled his blond hair, which one day, sooner or later—he’d decided he was going to shave to the scalp. Then the motor scooter he was riding on as a passenger took him far from the piazzetta. Then they were just black silhouettes.

From The Piranhas: The Boy Bosses of Naples. Used with permission of Farrar, Straus and Giroux. Copyright © 2018 by Roberto Saviano. English translation © by Antony Shugaar. 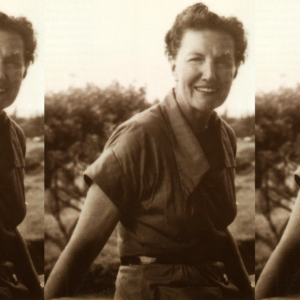 Lit Hub Daily: September 4, 2018 Gary Shteyngart has content coming out of his pores (and other revelations). | Lit Hub A taxonomy of college roommates,...
© LitHub
Back to top