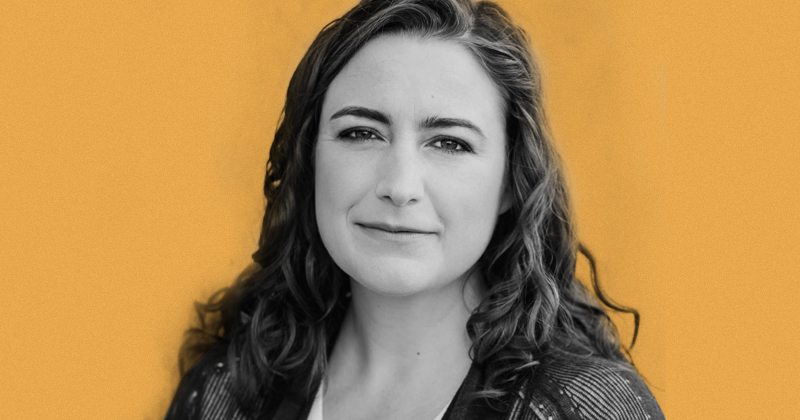 On Her Novel of Borders, Open Spaces, Closed Homes, and Family

“We are safe in the house,” thinks Daphne, the main character of Lydia Kiesling’s debut novel, The Golden State. It is her house, technically—she even says so aloud, yet “everything in the house contradicts me, down to its dubious foundation.” This mobile home belonged to her late grandparents, and it sits empty now, a desiccated realtor sign hoping for a sale that will never happen. There are other homes, and then a split-rail fence, and then Altavista, California “gives over to the high desert, with low, prickly sagebrush and rafts of tumbleweed through which jackrabbits bound and antelope poke delicately in the cool mornings.”

Kiesling’s novel is about borders, open spaces, closed homes, family, and friendship—with each subject and theme cycling through Daphne’s harried first-person narration. She’s stressed for good reason. Her toddler daughter, Honey, does toddler things: pines for string cheese, cries, wobbles, wails, pukes, whines, does something wonderfully cute, and then wails again. Daphne has an “objectively marvelous job” at a great college, but their bank account is on the brink. Engin, her husband, is working in Turkey—his green card trapped in American bureaucratic purgatory. Something has to give.

“I would be lying if I said that Daphne and I had nothing in common,” Kiesling tells me. She’s written of motherhood before—her own, and in essays that are by turns hilarious and moving. She’s described pregnancy as “a lot of creaking and grinding and pulling, like I was an old whaling ship. But I also felt like the whale, because whales are full of milk and oil and follow the moon and sing to their sweet calves in the dark water. I felt like a miracle. I felt like a city being built.”

But The Golden State is fiction. Daphne’s “not me,” Kiesling says, “but she’s the person I imagine I would be under different, somewhat more straitened circumstances—the primary one being no partner or family close by to help with the demands of childcare (and the massive feeling of resentment and frustration about the forces that put her in that spot).” Those forces are painfully relevant as our endless immigration debacles reach new lows of xenophobic rhetoric and separated families. We feel Daphne’s stress burst off the page, and in a bit of emotion that makes me guilty, I lashed out at Engin. Daphne’s struggles rise from the inconvenient to the dangerous, but he’s absent. For whatever reason, the reality is that he’s not there.

I like that Kiesling’s story makes me feel such guilt—which speaks to her talent in creating a first-person narrative voice that is as authentic as it is frenetic. The book’s syntax is swift, accumulating, often eschewing punctuation. Daphne starts the novel bored, staring out the window of her office, “thinking about death.” Then she’s on the road with Honey, on her way for some respite at the mobile home. It’s exactly what she needs, but not what she expects.

“[Daphne] is the person I imagine I would be under different, somewhat more straitened circumstances.”

What was it like to live inside such a strained narrative voice? “Once I realized, after some futzing around with tense and person, that this book had to take place in the first person and present tense, and once I had figured out more or less those constraints in which Daphne was trying to operate, it was easy to, I guess, let the voice fly,” Kiesling says. Daphne’s “obsessive tendencies, her sentimentality, her need to accommodate, her tendency toward self-destruction, the juxtaposition between whatever mundane thing she is trying to accomplish with the racing thoughts that preoccupy her—those elements were all familiar to me. The trick was figuring out to how get them down in a way that a reader who isn’t me could stand.”

One reason readers can stand it is that Daphne feels so real. Parenting is at once such an intensely personal and universal experience—we “get” what other parents experience, but we often don’t know the whole story. Yet as The Golden State unfolds—with Daphne trying to find peace and a way forward for herself and her family—we get more of the story. We learn how she and Engin fell in love, and how that time feels like a past life because he has been gone for so long. We understand Daphne’s childhood affinity for her grandparents’ home, and for Altavista—and that nostalgia makes her territorial (her closest neighbor is part of a burgeoning secessionist movement that evolves from annoying to frightening).

At the heart of the book, though, is Daphne’s greatest fear—which Kiesling says “is that she will fail her child as a mother. I wanted the reader to worry a bit about that too—some readers thus far have come down on the ‘she’s doing her best, and it’s good enough’ side, while others find her parenting pretty marginal.” Daphne is worried about holding her fractured family together, and at the same time, lamenting the state of the job she’s abandoned. In an essay for The New Yorker, Kiesling once wrote that “bureaucratic experiences are like dreams: profoundly affecting, but very boring to hear about.” She found in women’s workplace novels, there often exists “impossible math—sometimes of money, always of time.”

This anxiety takes many forms. Kiesling says although Daphne “doesn’t really say so explicitly, she worries about failing herself as an intellectually curious person. It’s obvious that she’s fed up with her career in its present state, but she also has a lot of brain power she’d obviously like to put to some kind of use, and the way to do that is still not clear to her.”

How does she cope? Sometimes, Daphne doesn’t. She flails, she cries, she tries. She lives in the massively exhausting world of being a parent. In Altavista, her days are focused on Honey: feeding her, cleaning her, placating her, and hopefully connecting with her daughter in a way that transcends daily tedium.The Golden State is absolutely a book about love—brimming, frustrating love.

Yet the outside world goes on, and often in convoluted ways. Kiesling grew up visiting her grandparents in Modoc County, California. The region’s motto: “Where the West Still Lives.” She tells me that she would only realize as an adult that “the ‘West’ as a much-mythologized place was built around an anti-government fractiousness. This goes back all the way to the violent colonization of the land—in the case of northeastern California, settlers required the help of the army to ‘subdue’ the Native people who lived there, but weren’t always interested, subsequently, in paying taxes or fealty to whatever state they happened to fall under (it changed several times in that area), or to the federal government. It’s more nuanced than I’ve just made it out to be, but I think there is historical continuity between the first moment of white settlement in the west, and the present moment.”

The Golden State runs on its own narrative energy, but it is that present moment which gives the book even more power. In the high desert of Altavista, Daphne struggles to find an internet connection to call Engin. Their video calls are brief, rushed, flailing attempts at keeping together a family separated by something beyond their control. Kiesling tells me that she hopes her novel “underscores that bureaucracies aren’t just a frustrating thing that annoys people at the DMV.” She says that Daphne and Engin’s situation “is loosely based on that of some people I know, who dealt with a huge immigration mess years ago, during the Obama years . . . My takeaway from watching what the friends went through, and hearing other stories, and reading threads online, and trying to understand the absolutely opaque instructions on our various federal websites, is that the federal government both as an entity, and then individual operators within, want to make immigration as difficult as humanly possible.”

That difficulty is a refrain in The Golden State. Daphne and Engin and Honey’s lives are placed on a tenuous pause. “The history of humankind is the history of migration and change. Moreover, swathes of the world are rapidly becoming unlivable due to political or environmental forces,” Kiesling laments. “The older I get, the more obvious it seems that it is pure barbarism to consign someone to hell because they have the wrong piece of paper.”

When Daphne befriends an older woman in Altavista with some shared history, it seems like she might find her way out of her own temporary hell—but the novel has surprises in store. After a few days in the desert, Daphne arrives at a prescient understanding: “Apart from the excessive space in this town, the pavement is so hard, the land is so flat, the air is so thin, and the sun so strong even before the air has warmed that your destination, visible though it may be, comes to feel like a mirage.” A terrible feeling, yes, but terrible feelings often make for great stories.

Telling the Unlikely Story of an Auschwitz Survivor 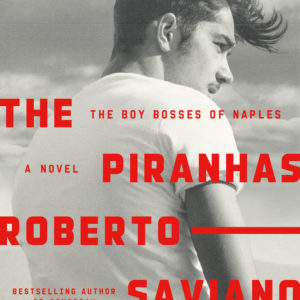