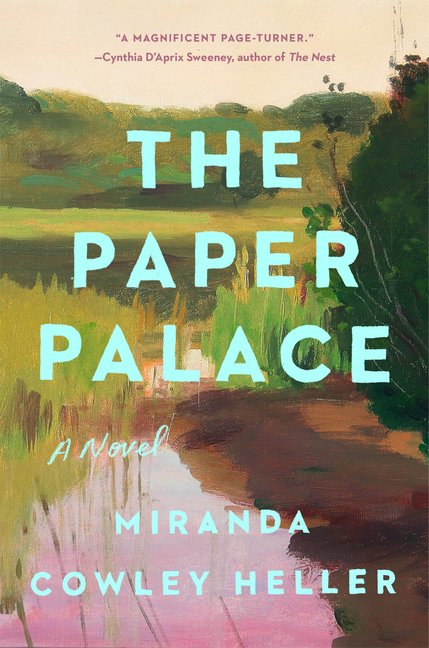 The following is excerpted from Miranda Cowley Heller's debut novel, The Paper Palace, about the tensions between desire and dignity, the legacies of abuse, and the crimes and misdemeanors of families. Heller has worked as senior vice president and head of drama series at HBO, developing and overseeing such shows as The Sopranos, Six Feet Under, The Wire, Deadwood, and Big Love, among others. She grew up spending summers on Cape Cod, and now lives in California.The Paper Palace is her first novel.

I sit down on the sofa, settle into the warm spot my mother has left in her wake. Already I can see a few figures gathering on the little beach at the far side of the pond. Usually they are renters—tourists who have somehow found their way deep into the woods, and love that they have discovered secret idyll. Trespassers, I think, annoyed.

When we were young, everyone in the Back Woods knew each other. The cocktail party moved from house to house: barefoot women in muumuus, handsome men in white duck trousers rolled up at the ankle, gin and tonics, cheap crackers, Kraft cheddar, mosquitoes swarming, and Cutter—finally, a bug spray that worked. The sandy dirt roads that ran through the woods were stippled with sun filtered through scrub pine and hemlock. As we walked to the beach, fine red-clay dust kicked up, filled with the smell of summer: dry, baked, everlasting, sweet. In the middle of the road, tall beach grasses and poison ivy grew. But we knew what to avoid. When cars passed, they slowed, offered us a ride on the running board or the front hood. It never occurred to anyone that we might fall off, fall under the car. No one worried their children might be sucked into the ocean’s rough undertow. We ran around unleashed, swimming in the freshwater kettle ponds that dotted the Back Woods. We called them ponds, but they were actually lakes—some deep and wide, others shallow and clear-bottomed—ancient relics formed at the end of the Ice Age when the glaciers retreated, leaving behind them massive blocks of melting ice heavy enough to dent the earth’s crust—hollow deep bowls into the landscape, kettles filled with the purest water. There were nine ponds in our woods. We swam in all of them, crossing other people’s property lines to reach small sandy covers, clamber out over the water on the trunks of fallen trees. Cannonball in. No one minded us. Everyone believed in the ancient rights of way: small shaded paths that led to the back doors of old Cape houses, built when the first dirt roads were carved, still standing in sober clearings preserved by snow and sea air and hot summers. And watercress pulled from a stream—someone else’s stream, someone else’s watercress.

On the bay side, the Cape was pastoral, more civilized. Cranberry bushes, beach plums, and laurels rolled out on the low-lying hills. But here, on the ocean side, it was wild. Violent with crashing surf, and dunes so tall you could run down from a great height, see the ground racing to meet you before you threw yourself into the warm sand. Back then, none of my mother’s friends carped, as they do now, accusing children of eroding the dunes just by playing on them—as if their small footprints could possibly compete with the rough winter storms that eat away the land in greedy bites.

Sitting around a beach bonfire at night, grown-ups and children ate sand-crunchy hamburgers covered in ketchup and relish, set up on driftwood tables. Our parents drank gin from jelly jars and disappeared into the darkness beyond the fire’s glow to kiss their lovers in the tall beach grass.

Over time, doors began to close. private property signs came out. The children of the original settlers—the artists and architects and intellectuals who had colonized this place—began to fight each other for time on the Cape. Feuds began over noise on the ponds, over who had more right than whom to love this place. Dogs awoke in the manger. These days even the beaches have been taken over with keep out signs: huge areas cordoned off to protect nesting shorebirds. Piping plovers are the only creatures left with a right of way. But it is still my woods, my pond. The place I have come to for fifty years—every summer of my life. The place where Jonas and I first met.

From the porch sofa, I watch my mother  swimming the mile-long stretch across the pond. Her even strokes, arms slicing the water, an almost mechanical perfection. My mother never looks up when she swims. It’s as if she has a sixth sense for where she is going, a migrating whale following an ancient tread. I wonder now, as I often have, whether her sonar picks up more than whale songs. He should leave her. Is that what I want? Gina and Jonas are our oldest friends. We have spent almost every summer of our adult lives together: shucked oysters and drank them live from their shells; watched the full moon rising over the sea, while listening to Gina complain that the moon was making her period cramps worse; prayed the local fishermen would start culling the harbor seals; overcooked Thanksgiving turkeys; argued about Woody Allen. Gina is my daughter Maddy’s godmother, for fuck’s sake. What if Jonas did leave Gina? Could I betray her that way? And yet I already have. I fucked her husband last night. And the thought makes me want to do it again. The mercury-shimmer of it shudders through me.

“Hey, wife.” Peter kisses the back of my neck.

“Hey, yourself.” I start, struggle for normal.

“You looked deep in thought,” he says.

“Excellent.” He roots around in his shirt pocket and pulls out his cigarettes. Lights one. Sits down on the sofa beside me. I love the way his long legs look poking out from his faded surf shorts. Boyish. “I can’t believe you let me fall asleep on the sofa last night.”

“It must have been the jet lag.”

“I totally get it,” I say, rolling my eyes at him. That one-hour time difference between here and Memphis nearly killed me.”

“It’s true. I could barely wake up this morning. The clock said nine a.m., but I swear it felt like eight.”

“Did I do anything stupid?”

“Other than refuse to read the Shelley poem for Anna and pick a fight about Quakers?”

“Well, everyone agrees they’re basically fascists,” he says. “Such a violent people.”

“You’re an ass.” I kiss him on his lovely scruffy cheek. “You need to shave.”

He shoves his glasses up his nose, runs his hand through his curly dark blond hair, now graying at the temples, trying to make some order out of it. My husband is a handsome man. Not beautiful, but handsome in an old-fashioned movie star way. Tall. Elegant. British. A respected journalist. The kind of man who looks sexy in a suit. An Atticus. Patient, but formidable when angered. He can keep a secret. He rarely misses a beat. He’s looking at me now as if he can smell the sex on me.

“Where are the kids?” Peter grabs one of the large white sea-clam shells that line the screen-window ledge, turns it bowl side up, crushes out his cigarette.

“I let them sleep in. My mother hates it when you do that.” I take the shell from him, carry it into the kitchen, dump the butt into the trash, rinse it. My mother has almost reached the far shore.

The only person I’ve ever known who could beat my mother in a race was Anna. Anna didn’t swim across the pond—she flew. Left everyone behind her. I follow an osprey as it wings its way through the sky, chased by a small black bird. Wind ruffles the lily pads on the pond’s surface. They sigh, exhale.

Imagining a Shakespeare Haunted by Jessicas 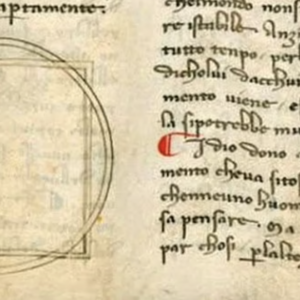