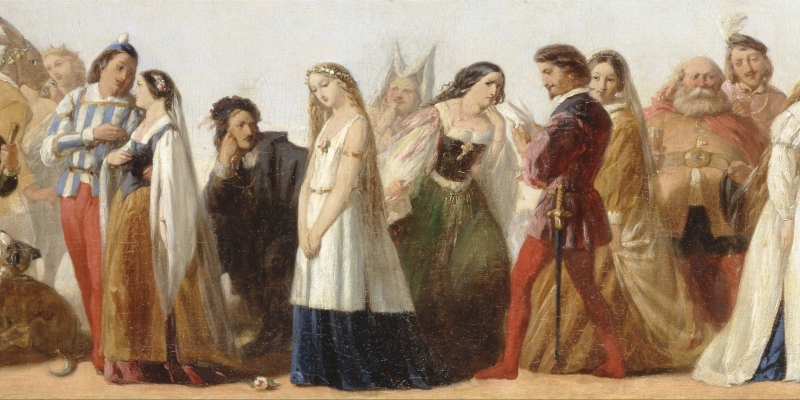 Imagining a Shakespeare Haunted by Jessicas

In a sense, those of us who love historical fiction live vicariously in the past. Many of us also fantasize about traveling in time—meeting our favorite writers in the flesh, hanging around with royalty, living the aristocratic lifestyle. We tend to forget or understate the very real benefits of the present, amenities we take for granted (indoor plumbing, central heat and air conditioning, refrigeration) and intangibles such as human rights and the presumption of innocence, still implemented in patchwork fashion across the globe.

Professor Jessica Randall, modern-day heroine of The Play’s the Thing (TouchPoint Press, 2021), experiences this conundrum firsthand. One evening, while she is doing her best to stay focused on a dreadful amateur production of Shakespeare’s The Merchant of Venice, she allows herself a brief escape—only to end up in an Elizabethan theater, watching an original performance of the play with (as she realizes only later) the Bard himself in the role of Shylock. She stumbles out of that setting and back into her seat in the 21st-century auditorium, but later that evening, turned somnolent by student essays and one too many glasses of wine, Jessica finds herself locked in what turns out to be William Shakespeare’s cupboard. When he at last deigns to unlock the door, he informs her that she is the latest among hundreds of screaming Jessicas who have been making his life hell for months.

Will assures Jessica that she will soon vanish into the ether and return whence she came. She’s convinced it’s an elaborate dream, because how could it be real? But when dawn arrives, she is still in 1598, Will is asleep on the mattress next to her, and she can hear rats rustling under the filthy straw. Perhaps it’s not a dream after all. At that point, to keep herself sane on the off-chance that she can’t find a way home, Jessica decides she’d better apply her knowledge of the future to clean up Shakespeare, his rooms, and her own act before those rats in the corner give them both bubonic plague.

Jessica Barksdale Inclán approaches her main character’s dilemma with a deliciously light touch. The dialogue sparkles, Jessica’s struggles and flaws never fail to ring true, and the contrast between her unmistakably modern views and Will Shakespeare’s Elizabethan take on life are simultaneously revealing and thought-provoking. If you’re looking for a scientific explanation of time travel (assuming that such a thing exists), you won’t find it here, but the novel is, in every respect, a fun read. It will stay with you long after you reach the end.

CPL: You were an English professor, but as you note, not a Shakespeare scholar per se. What motivated you to write this novel?

JBI: One interesting conversation occurred—I think it was Christmas 2014. We were all sitting around, and my older son’s then-girlfriend said something like, “Where does your name come from?” And I said, “Well, there are a number of thoughts, but one is that Shakespeare invented it for a character in The Merchant of Venice.” She may have had a couple of glasses of wine under her belt, and she said, “Wouldn’t it be wonderful if Shakespeare were haunted by all the girls in the world who have that name because of what he did?” That was the end of that conversation, but I kept thinking about it: wouldn’t that be weird? I wrote a scene where Shakespeare is haunted by all these Jessicas; he’s frantic, his life is in ruins, and then the Jessica shows up and the others go away. And that led me into the story.

CPL: Jessica starts out at a rehearsal for The Merchant of Venice. This rehearsal has elements that reminded me of my favorite This American Life episode, “Fiasco,” featuring a performance of Peter Pan. What is Jessica doing there?

JBI: Many of my friends have gone straight into university/college teaching, and it is really hard to push forward and get tenure. Jessica made some bad choices in terms of relationships in her undergraduate and graduate degrees and found herself teaching in the middle of nowhere, in her mind. Her department chair asked her to help out the Drama Department with a staging of The Merchant of Venice. So she’s “fine,” but there is one perk because she likes the colleague who’s with her, Dan Gordon. But the other reason she’s there is that The Merchant of Venice is a tremendously troubling and problematic play. It doesn’t matter where it’s put on these days; there’s usually articles in the local newspaper because of the antisemitism. So she and Dan are there to help the actors and the director with the context of the story.

CPL: Jessica, not surprisingly, has a rather hard time accepting the idea that she is in Tudor England and she really is talking to William Shakespeare. Can you tell us a bit about her first days in 16th-century London and how she assimilates to her new circumstances?

JBI: I feel that what helped her more than anything was water and soap. Once she was able to order up some hot water and buy some decent soap, she was able to get a grip on herself. The first night, she’s in denial; they’re drinking some kind of horrible moonshine; they’re chatting; she’s sparring, breaking all the rules she knows about interacting during time travel, telling him all kinds of things he shouldn’t know about the future. Then when she wakes up, and she’s still there, and he’s still there, she realizes she’s not having a delusion—or if she is, it’s a really good one—and she starts to apply her future knowledge. She has to track whether it’s a plague year and what’s going to happen to her in this very room. Cleaning is her way of dealing with it. She gets the room clean; she gets them clean. She puts him on a hygiene routine—you’re going to brush your teeth, you’re going to wash—and somehow Shakespeare complies with her demands, although he’s a little irritated with her. She makes him get a cat, because of the mice and the rats. The good thing is that she has information about when things will go bad because of war and pestilence and political unrest, so she takes that and cleanliness and says okay, I’m going to be here, and I have to live smart while I’m here.

CPL: What would you like people to take away from The Play’s the Thing?

JBI: The people before us—all these writers that we read in English literature—even though we think we know more and can do better, they were grappling with situations that still affect us today and that we still need to pay attention to. We can’t really remake the past, but we can do some work now, in the present. So take a few notes and maybe work on things.

Jessica Barksdale Inclán’s fifteenth novel, The Play’s the Thing, was published by TouchPoint Press in May 2021. Her other novels include the award-winning The Burning Hour as well as Her Daughter’s Eyes, The Matter of Grace, and When You Believe. Her second poetry collection, Grim Honey, came out in April 2021. 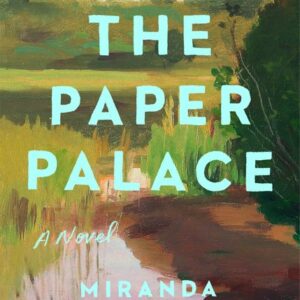 8:50 A.M. I sit down on the sofa, settle into the warm spot my mother has left in her wake. Already I can see a few figures...
© LitHub
Back to top