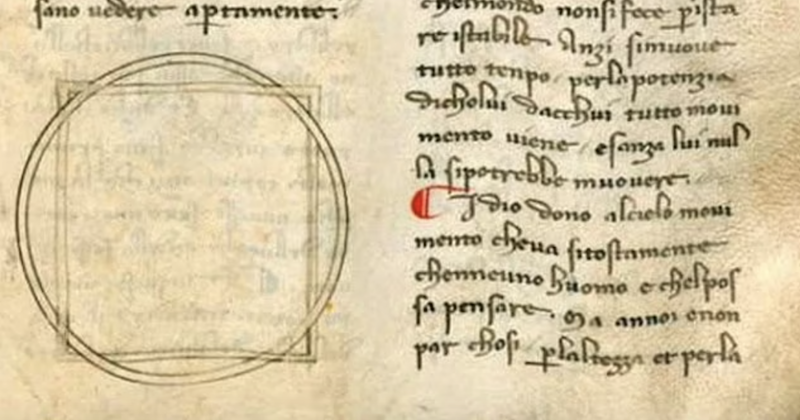 Serendipitously, just two months away from the 700th anniversary of Dante Alighieri’s death, Julia Bolton Holloway—a Florence-based researcher and nun—seems to have discovered a sheaf of handwritten Dante manuscripts. The manuscripts date back to Dante’s time spent as a student in Florence, copying out works on the art of government dictated by his harsh teacher, Brunetto Latini. (Latini appears in the Divine Comedy in Hell in an area of Hell which contains sodomites.)

Said Holloway to The Times, “The handwriting is schoolboy-like in the early manuscripts but the writing is in excellent Tuscan . . . and covers the idea of ethical government which later showed up in the Comedy.”

Holloway discovered the set of potential Dante manuscripts while locating manuscripts written by Latino’s students, and identified the set as Dante’s work due to the distinctive “cancellaresca” script, which Dante was likely taught by his father, and cheap parchment, as Dante was poorer than his fellow students. Two of the manuscripts feature a design of a square imposed on a circle, a concept later used by Dante to describe his vision of God in the Divine Comedy. Sounds convincing to me—to celebrate, I’ll be digging into an ice cream bar. 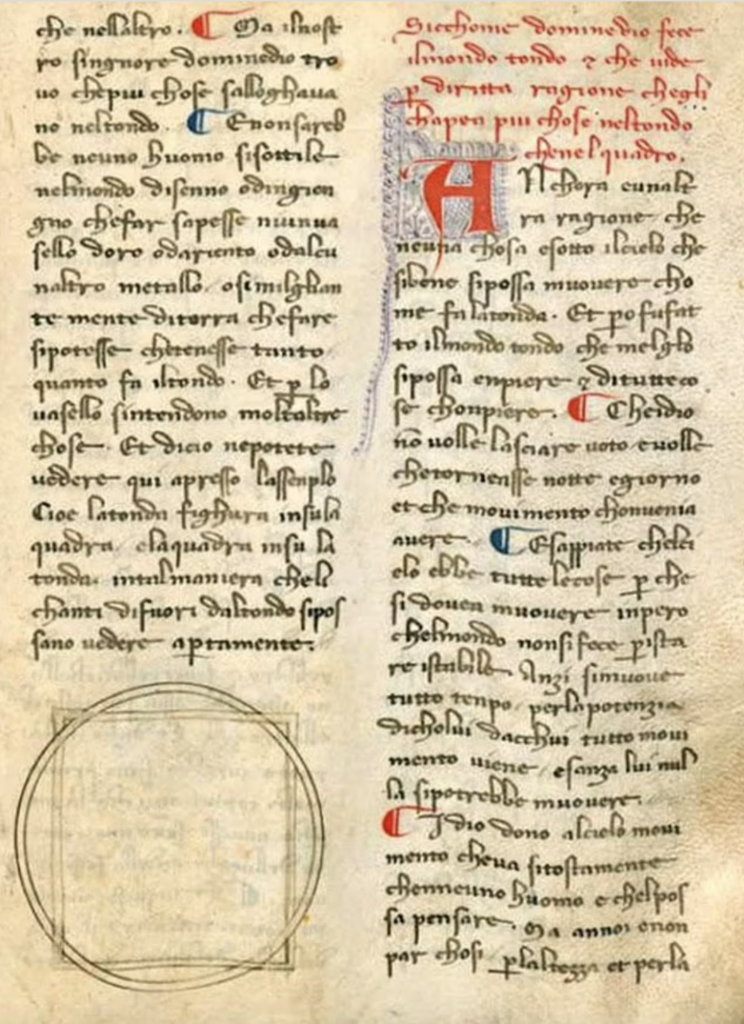