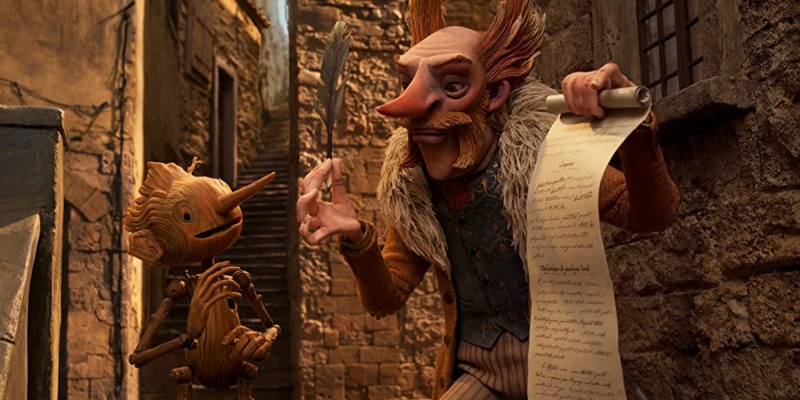 If you feel like giving the middle finger to your job or education, you’re not alone. Pinocchio, of all people, is on your side. He refuses to work. He’s sold his A-B-C book for cash. He’s ready to face any consequences and even ready to kill to avoid the burdens of modern life. His friend Lampwick, turned into a donkey, ends up dying of overwork. The truth is, the original tale can be read as a radical anti-work story, and perhaps even teach us something about anti-work politics today.

If that’s not the first association that comes to mind, it may be because the many contemporary interpretations of Carlo Collodi’s 1880s tale have watered down the marionette’s rebellious nature—especially the traditional Disney cartoon. Obviously, Pinocchio’s is a moral story about a wooden puppet becoming a real boy by being good and following the path presented to him by the responsible adults he encounters. The genius of Collodi was to give generations of children a fellow brat they could identify with as they dealt with the adult world and its expectations. But this is just one piece of the puzzle.

In fact, the original Pinocchio is also about the difficulty to adapt to the new reality of a rapidly changing late-19th-century Italy, a time when major political and economic changes were reshaping both education and work. People were supposed to join this new economy.

As a marionette, one could imagine, Pinocchio was also to be part of it, especially because he is an automaton, an object to be directed by others. But Pinocchio’s got no strings, and he’s got free will, and school and work are not high on his list. So who will control him? Will he abide?

Pinocchio’s got no strings, and he’s got free will, and school and work are not high on his list.

Not a chance. Until the end, Collodi’s Pinocchio refuses to go to school or get a job, even in the face of the massive calamities and mishaps he goes through as a result. His magically acquired agency and freedom just get in the way of abiding by the rules of the game. His mentors try hard to convince him to behave. The Talking Cricket, for instance, is one of the main moral voices in Collodi’s tale. “Why don’t you at least learn a trade, so that you can earn an honest living?” he asks Pinocchio soon after they meet. The puppet immediately begins to lose patience. “Of all the trades in the world, there is only one that really suits me,” he replies. “That of eating, drinking, sleeping, playing, and wandering around from morning till night.” As the cricket insists, Pinocchio immediately kills him with a hammer.

Guillermo del Toro’s new visually stunning, stop-motion Pinocchio movie presents a dark and ironic tale, which seems to be close to some of the original themes Collodi encoded in the novel. Like many 19th-century children’s books, The Adventures of Pinocchio is funny but also violent, full of death and misfortune. Del Toro is true to some of the features of the old tale. For instance, he uses the marionette to talk about the relationship between fathers and children, and positions the story in fascist Italy, thus providing a pitch-black context for Pinocchio’s exploits.

What is absent is the idea that work and education are something Pinocchio refuses. On the contrary, del Toro’s puppet seems to be enthusiastic about labor. “Right now we have work to do,” Geppetto tells Pinocchio as to why they cannot go to the circus that just arrived in town. “Work? I love work!” Pinocchio responds, although truth be told, he does not know what he is walking into. “Papa, what is work?” he immediately adds. In a rare authoritarian moment Geppetto responds: “Oh, Pinocchio, please. No more questions.”

But questions will arise. As the plot unfolds, del Toro’s Pinocchio starts working in a marionette show, and the circus that employs him is obviously squeezing all it can from the puppet’s rise to stardom. His villain employer is even messing around with wage theft. Overworked, penniless, and missing home, Pinocchio quickly and inevitably becomes disillusioned with work (and with fascism, but that’s a different story).

“Of all the trades in the world, there is only one that really suits me,” he replies. “That of eating, drinking, sleeping, playing, and wandering around from morning till night.”

If this sounds familiar, it is because disillusionment with work is once again at the center of our politics and culture. Once again we find ourselves facing crises, economic and otherwise. Once again the meaning and value of work is put into question by masses of workers, as countless stories about the Great Resignation have told us in the last couple of years.

People work more precariously, under the command of digital technologies designed to squeeze value from them, and more dangerously, as made evident by the pandemic. Education is also in crisis, with rampant student debt and the value of a degree dropping by the day. In this context, the temptation to check out and enjoy a different kind of life can only mount.

In a sense, our times are not completely different from those in which Pinocchio was born. The original tale was published serially between 1881 and 1883. Collodi wrote it in an era of massive changes for the nascent Italian nation-state. Starting in 1876, the Historical Left had come to power, a coalition of liberal and reformist forces that would dominate Italian politics for several decades. They inherited a newly united country enveloped in a massive economic downturn.

To fight the depression, the Depretis government pushed a program of social and economic reforms aimed at modernizing the heavily agrarian country and at stimulating industrial production. Among the reforms was the Coppino Law of 1877, which introduced three years of compulsory education for all children between ages six and nine. School had become mandatory.

These reforms were not simply driven by progressive ideals about access to education—they were a concrete response to the emerging industrial economy’s need for reliable labor. Mass education was necessary to turn rural populations into a class of workers with basic literacy, including the ability to move away from the slow cycles of farming and adapt to the organization of industrial production: show up on time, obey orders, read instructions, and deal with the pace dictated by new machinery. Antonio Gramsci wrote of the “agrarian-industrial block” that drove such changes, aimed at sustaining the rise of the nascent Italian capitalist economy.

Pinocchio is clearly too young, naive, and isolated to imagine a post-work world.

In that context, Pinocchio’s tale was one of national and economic necessity. He must learn a trade, he must get a job, for capital and country. Like today’s anti-work tensions, Pinocchio’s original refusal was the reaction to anxieties about rapid industrialization, about the fast cycles of work forced upon Italy’s rural population, about the way in which individuals were held responsible for an economic crisis generated by forces they could not control. Likewise, in our times, people are told to invest in their education, put their digital skills at the service of Big Tech corporations, work two jobs, get indebted, stop complaining. We are in a crisis, there is no alternative.

For a brief moment, Collodi’s Pinocchio says no and goes instead after immediate enjoyment. Sadly, he does not succeed. There is an obvious psychoanalytical angle here, which has indeed been explored by many critics as well as interpreters of Pinocchio’s tale. Collodi’s book has been described as a story about the clash between pleasure and repression, as well as about life and death, an epic tale of metamorphosis and rebirth.

Also surfacing in some critical accounts and contemporary reinterpretations is the awareness that, in order to find redemption, Pinocchio is condemned to abandon his freedom and put his newly acquired human body to work. For him, to be human is to work, and work hard. Like for other individual rebels, defeat is baked into his refusal. Just think of Herman Melville’s Bartleby and his “I would prefer not to,” which eventually leads to his death by starvation.

Pinocchio is clearly too young, naive, and isolated to imagine a post-work world in which a free association of producers can replace the misery of work under capitalism. After all, 140 years later, we’re still grappling with this problem. And yet, are we truly doomed to search for redemption and emancipation through work, and through work alone?

If the answer is no, then we must know that any way out of this conundrum is collective: individuals may find their own ways to resist work, but who will put in the labor needed to sustain their lives? For each Pinocchio eating, drinking, sleeping, playing, and wandering around from morning till night, at least one Geppetto and one Fairy must labor. Essential workers and women, unsurprisingly.

Collodi was no revolutionary and would never have gone this far. At the end of the story, his Pinocchio is tamed, and the marionette becomes a real boy. He’s able to transform through love for his father, but also by working and saving money. Does this amount to redemption or damnation?

An answer comes from Italian singer-songwriter Edoardo Bennato. In 1977 Italy, another place and time shaped by the refusal of work, he wrote an entire concept album about Pinocchio. In the process of becoming a boy, Bennato sang, the marionette had gained strings and forever lost his freedom: “Now you don’t take a step unless someone from above / commands and pulls the strings for you.”

Alessandro Delfanti teaches at the University of Toronto. His latest book is The Warehouse: Workers and Robots at Amazon.

In Women Talking, Acts of Imagination Are Acts of Resistance 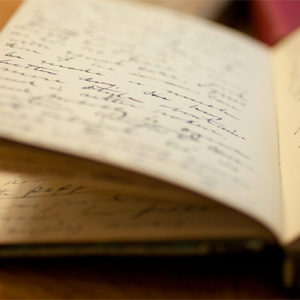 A couple of weeks before my thirtieth birthday, I was less consumed with aging and more with finishing my first book. I felt...
© LitHub
Back to top