The Only Dissident Novel For Sale in Turkey

On the Lasting Impact of Madonna in a Fur Coat

Since the failed coup of July 2016, Turkey’s president has been working overtime to silence his enemies and control what his supporters hear, see, and learn. He has purged the ministries and the military, jailed journalists, academics, writers and social justice activists in the thousands, taken evolution out of the school curriculum, brought in lessons on jihad, railed almost daily against secularism, pontificated just as often on the sacred obligations of mothers and wives, and suppressed every media outlet that has dared to challenge him. He has fired an untold number of civil servants, schoolteachers, academics and clerical workers—sometimes for nothing more than having kept an account with the wrong bank. In so doing, he has rendered these people unemployable: no one dares to hire them for fear of being tainted. Only those whose views mirror Erdoğan’s can speak openly about politics. The rest are warned to exercise extreme caution, most especially in restaurants, cafés, and taxis.

Publishers have been hard hit. The bravest have continued to champion work they value, even if there is a risk it might be viewed as criminal, obscene, or (worst of all) dangerous for young minds. Others have chosen the safety of self-censorship. Turkey is awash with writers whose words can no longer be seen or heard. But walk into any bookstore, and there is one slim volume you will never fail to find.

Its title is Madonna in a Fur Coat. First published in 1942 and set between the two world wars, it tells the story of Raif, sent by his father to Berlin to study soap manufacturing. But Raif’s secret passion is for literature and art. He spends his days with books and his evenings in art galleries, until one night, he happens on a painting called Madonna in a Fur Coat. He falls in love, first with the image, and then with the artist whose self-portrait it is.

As the two become friends, and then closer still, they bend and defy the rules of gender. More often than not, Maria takes the role of the man, setting the terms of their engagement, while Raif remains respectfully passive, until the moment arrives when Maria needs him to look after her. It is this shifting of roles that most perplexed the novel’s first readers. This reaction wasn’t unexpected, considering its author, Sabahattin Ali—almost everything he wrote, he wrote against the grain.

Born into a military family in the last years of the Ottoman Empire, Ali grew up amidst the ravages of two Balkan conflicts—the First World War and the Turkish War of Independence. After training as a teacher in the early years of the Republic, he spent two years studying in Germany. Here began his lifelong love affair with German and Russian literature. Shortly after he returned to Turkey to teach in the provinces, he was prosecuted and jailed for writing a poem thought to be critical of Ataturk, the Republic’s founder. After his release, he paved his way back into the state’s good graces by writing a patriotic poem expressing his love for Ataturk.

By then, he’d made a name for himself in the literary world—his first short story had attracted praise from the greatest poet of his day, Nazim Hikmet. Though Ali wrote of what he knew—poverty and prison, exploitation and war—he refused to be contained by the tenets of social realism. In his stories and three novels, he was primarily concerned with the mysteries and treacheries of romantic love. And, as in his poetry, it is the landscapes, be they urban or rural, that linger longest and most sorrowfully in the mind.

There are few happy endings in Ali’s works, and his heroes tend to the despairing, but the man himself had courage and convictions. In the aftermath of the Second World War, when Turkey’s fascist-leaning single-party state was riding as hard against dissidents as President Erdoğan is today, a state employee like Ali would have been well advised to keep his head down. Instead, he worked with a number of other leading dissidents to publish Marko Pasha, a satirical newspaper so outrageous that its wit and daring still shock (and delight) today. Its first issues outsold the nation’s leading newspaper. Well over half of its subsequent issues were removed from circulation as Ali kept landing back in court. To stay one step ahead of the authorities, the newspaper kept changing its name and strap line. “On sale whenever not removed from circulation,“ it read. “On sale whenever its writers are not in jail.” In the end, Ali, as its owner, was sent to prison. After his release, he was unable to find work as a teacher.

He applied for a passport to seek work abroad. After he was refused, he hired a guide to lead him over the mountains into Bulgaria. Six months later, the guide—who was, it turns out, in the pay of the intelligence service—confessed to his murder. When the news broke, a national paper ran a picture of Ali’s personal effects: his jacket, his briefcase, his glasses and binoculars, a picture of his wife, and a copy of Eugene Onegin. These were never returned to the family. His body was never found.

For the next 50 years, Ali’s books were not for sale in Turkey, and his name was rarely mentioned. His beloved daughter Filiz was forbidden to tell people who her father was. But on the other side of the Iron Curtain, he gained a new readership. Madonna in a Fur Coat was particularly well-loved in Bulgaria, where it became required reading for secondary students. In his birthplace Ardino (formerly Eğridere), he was even honored with a statue.

Then in 1998, a leading Turkish publisher endeavored to bring out the collected works of a number of the century’s most important writers, many of whom were banned outright or dismissed as unpatriotic. Madonna appeared in a handsome edition identical in design to the others in the series, but before long, it was outselling them all.

Young readers who had grown up in the shadow of the 1980 coup and the era of brutal military rule that followed it were the first to embrace it. They had reached maturity at a time when the country was opening up again, to itself and to Europe. With this opening came the idea that a young person might choose their own way in life, including in matters of the heart. But at the same time, there was the pull of family and tradition. Raif’s struggle to balance his new and old identities certainly would have resonated.

Almost twenty years on, the book is more popular than ever. This may have something to do with the position of the newest generation of readers. Four years ago during the Gezi protests, the young people of Istanbul rose up against Erdoğan’s ever-increasing authoritarianism. For over a month, they stood up to riot police and water cannons with great spirit and bravery. But in the end, the authorities had their way.

In the last pages of the novel, Raif returns to a deeply authoritarian Turkey. Like the protesters of 2013, he finds a regime where he can expect to be punished for any deviation from the ordained norm, be it political, sexual, or social. Little wonder, then, that so many young people today find some solace in Madonna. There is safety in a story set so long ago. But on every page, they can see their own world and their own personal yearnings and dilemmas echoed. At the same time, through the mere fact of its survival, the book is a testament to the ability of truth and beauty to outlast that which would destroy it.

Madonna in a Fur Coat, by Sabahattin Ali, is available now from Other Press.

Maureen Freely is the author of seven novels, and a former journalist who focused on literature, social justice, and human rights. Well known as a translator of Nobel Laureate Orhan Pamuk, she has brought into English several Turkish classics as well as newer work by Turkey’s rising stars. As chair of the Translator’s Association and more recently as president and chair of English PEN, she has campaigned for writers and freedom of expression internationally. She teaches at the University of Warwick. 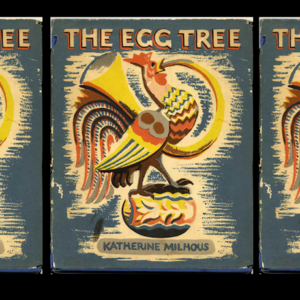 Hannah Lillith Assadi on growing up with ghosts in the Arizona desert. | Literary Hub “No, I am not stalking...
© LitHub
Back to top