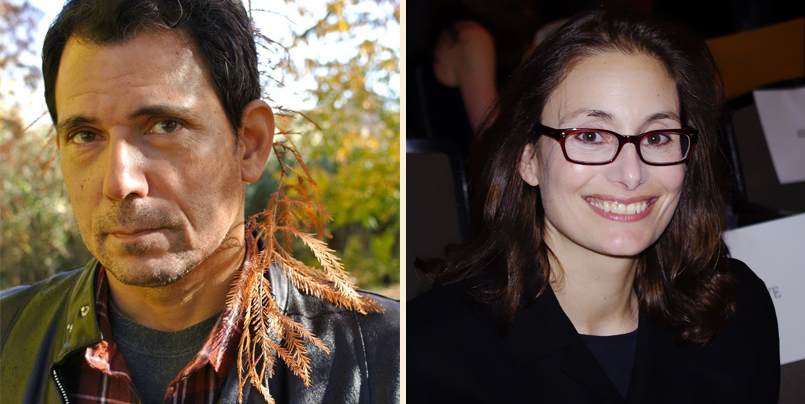 Dana Spiotta and Christopher Sorrentino on the Resilience of the Novel

This is an excerpt from an interview that appears in the spring issue of BOMB Magazine.

Dana Spiotta: Can you describe the research you did for the book? Why Michigan? Don’t get me wrong, I was very glad you didn’t spend too much time in high-literary Brooklyn. I am interested in exiled people, runaways, escapees. But what interests you about Michigan? And what about writing about contemporary Native American culture? Is it a long-standing interest of yours?

Christopher Sorrentino: I intended this to be as close to a zero-research book as possible. I researched Trance pretty thoroughly, and old-school, scrolling through microfiche, heading to film archives to look at news footage, writing inquiries—I remember writing what must have seemed like a really strange note to a parochial school located on the same street in San Francisco where the arrests leading to Patty Hearst’s capture were made, asking some obscure question about dismissal times in 1975, or something—and of course reading books, court transcripts, official reports, and other sources. For The Fugitives, I decided that if I couldn’t find it with Google in ten minutes, then I should forget it, or make it up. And I pretty much stuck to that. I stumbled across one book that inadvertently became an important source—Native American Fiction: A User’s Manual, by David Treuer, who in addition to being a novelist and scholar happens to be an Ojibway from Minnesota. It’s very smart, and it discusses contemporary Native fiction, the formal attributes of traditional folklore, as well as the misconceptions that surround Native American culture. I got the “Smartberries” story, in which Nanabozho dupes a man into eating rabbit turds by assuring him that they’ll make him smarter, from his book. And that really was about it for research.

Michigan I knew. I wrote about it because my former in-laws have a house there up in Leelanau County, which served as the basis for Manitou County in the book. I used to go there with my ex-wife and our daughters every summer, and it’s one of the few places to which I’ve felt an immediate attachment. I was very aware of the sentimental draw of a place like that, particularly if you want to pull off what recovering drunks call the “geographical cure.” And there’s that classic writer’s fantasy: What if I had unlimited time, money, and solitude—what great work would I do? Sandy gets bored. And drunk. Leelanau also has a pretty good literary provenance—it’s not that far from Hemingway Country, which is kind of a running joke in the book, and Jim Harrison lived nearby.

As for Native Americana, I’d be lying if I said I knew more about it than I’ve read in books and in the news. It’s too diffuse to speak of monolithically. The book really isn’t about that, though. American culture encourages this kind of apocalyptic belief that we represent the perfection of the species, an epochal shift away from the past and its errors and institutions. These dreams of transformative change are always tied to narrative, a story that corrects reality, just as Sandy, Kat, and Salteau have stories that “correct” a dangerous or unwanted past. That’s really where the trickster tales come in: as a character that people try to use to benefit themselves. Nanabozho embodies the illusion they have that they’re in control of their lives amid a vastly indifferent universe. He’s a free radical agent of chaos. He punishes and he consoles. He’s arbitrary but he’s also just. It’s very different from European folktales, in which the message is clear and practical: Don’t go in the woods, or you’ll be killed or raped. The meaning and application of Nanabozho stories really depend on the storyteller’s intentions, the context in which the story is being told.

DS: It has been ten years since your last novel, but you have been writing other things. Did you have a different novel that you stopped working on? Or did this one take most of that time? Or did you lose interest in the idea of writing a novel for a while? In your view, how’s the novel as a cultural object, as an art form, doing these days?

CS: There weren’t any uncompleted books and I never lost interest. What happened was that my life got very complicated almost immediately after Trance came out in 2005, and for a few years there wasn’t much writing going on at all. When I did begin The Fugitives, it was under pretty adverse conditions. I was really broke a lot of the time, or I was scrambling to make money somehow. There were happy interruptions, like the little book I wrote about the film Death Wish, but mostly it was a lot of angst and pissed-away time. It was frustrating, and it was discouraging, and it didn’t help that Trance’s reception had permitted me to indulge in heightened expectations that only time and a returning sense of just how complicated and difficult writing a novel can be were able to deflate. It was chastening. The period during which I wrote The Fugitives chastened me. By the time I was wrapping it up, all I wanted was to have written a good book.

As for how the novel’s doing, I think it’s doing great. The novel is like some impoverished count, living in a ransacked villa, dressing for dinner every day. He may be poor, people may not come that often to visit and pay court to him, but he’s still a count. The novel does things that other narrative art just can’t do, and some people will always be drawn to it, trying to push it in new directions.

DS: Novels do something that can’t be replaced, try as we might. But a count? Seems too aristocratic to me. I think maybe the novel is a derelict who rants about end times to passersby. Mostly ignored but still making people uncomfortable. And every once in a while someone finds himself stopping, listening, and nodding with a shock: yes, yes! All awkward metaphors aside, the novel is marginal, an unpopular pop culture object, which I think makes writing one an off-kilter, even perverse thing to do. Maybe that’s why it feels slightly subversive to me with all its analog, vertical glory.

You talked about struggling for money and the difficulty of working while trying to write The Fugitives. Plus dealing with your own daunting expectations. Writing is a profoundly humbling experience, as is publishing. You can work for years on a failed novel. Even good novels always contain “something unachieved” as Kundera put it, something “aimed for and missed.” Do you think that is true? If so, why make something so fraught and so often ignored?

CS: In The Fugitives, Sandy wonders whether the last man on Earth would still write novels. I think the answer is yes, if he were a novelist. As a way of ordering experience, as a way of shaping the nuances of thought, as a way of testing the limits of your ability with language, as a way of exploring the complexities of human nature, writing a novel has satisfactions that exist quite apart from the reception it receives in the world. And it is humbling as well, because after you’ve done all those things, you can reach for a book on your shelf and know in an instant that the writer has achieved something you never will. The people who become writers, they learn humility first of all. Some people, this probably drives them away from writing fiction. Others, it drives them back to it. In the end, you’re not really looking to wow an audience. That’s very satisfying, but you’re pretty callow if you measure yourself against the applause. You measure yourself against the work that wows you. 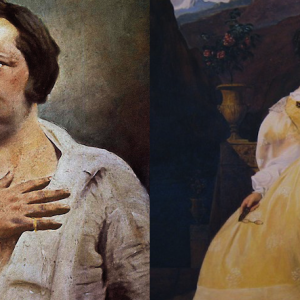 Tracy Chevalier, past president of the Laura Ingalls Wilder Club. | Literary Hub The novel is a mad, rambling,...
© LitHub
Back to top