What the Methodical, Sun-Filled Horror of "The Lottery" Tells Us About Ourselves

A flame can become a conflagration in a few moments. After a protester disrupted his campaign rally in Las Vegas, Donald Trump said “I’d like to punch him in the face.” Two weeks later, a 78 year-old Trump supporter did just that, socking a protester who was escorted out of the building by police. Nobody was surprised.

The season is new, but the performance is old. Comparisons have been made to George Wallace and Oswald Mosley, and even more infamous predecessors. Trump is a unique incarnation, a trickster underappreciated by his political enemies. His recursive speaking style allows him to hold opposing positions, often within the same sentences. It would be humorous to diagram one of his sentences, to map the illogic of one of his speeches, but before one’s hand would begin to cramp, there would be an epiphany: this is exactly what he wants. Distract and divide.

The music, the steaks, the wine, the water, the heavy breathing while he listens to questions from reporters: Trump takes himself so seriously that he makes us not take him seriously at all. Or more accurately, those who support Trump take him more seriously than any aspiring politician in their lifetime—while those who fear his ascendancy mistake his foolishness for weakness. Few have been better at convincing angry people that their anger is justified.

First came a threat, then came a sucker punch. Then came taunts, slurs, and violence that should scare us all. The next evolution of the violence stirred by Trump’s rhetoric is not riots; we have almost seen that in Chicago. We have almost seen that in Fayetteville and St. Louis. We will see similar unrest again. I fear more violence at Trump rallies, but what I fear even more is what that violence does to the hearts and minds watching the videos. How such violence might seem not merely normal, but endemic to an insurgent candidacy. How such violence might seem absolutely, purely American.

In some twist of fate, the story that best explains my fear of what Trump will bring was published in the magazine of his hometown, The New Yorker. Shirley 1948 story “The Lottery” has been taught, anthologized, and dramatized so many times that it is often more spoken of in paraphrase than considered as an actual text. It has become a punchline perhaps, rather than a punch.

The story is set at the end of June. In our future, that means between the final Republican primary and the July convention. Let’s imagine that America, one where Trump fails to win 1,237 delegates, resulting in a contested Republican convention.

There will be clear, sunny summer days. People will come together “between the post office and the bank.” There will be children among them, their “pockets full of stones.” The parents will leave theirs piled in a corner, and instead speak of “planting and rain, tractors and taxes.” The lottery will happen with the same ritualized habit as “square dances, the teen club, the Halloween program.” It will happen because we think it is supposed to happen; it will happen, probably, because we have forgotten how to think.

Jackson’s story is methodical, slow. How many high school students have squirmed in their seats in boredom while their teachers, strangely excited to teach this seemingly rote story, read past each sentence as they careen toward the finish? What is the point of all this talk of three-legged stools and lottery boxes and guidelines and traditions? I think the point is that hell can become habit. Evil can hide as an expectation.

The “round-faced, jovial” Mr. Summers runs the lottery. He clears his throat and looks at a list, asking, “All ready?” Nobody answers; they are ready. After a few tense pages of names, Tessie Hutchinson is discovered to hold the slip of paper with the black spot. She is the chosen one to die.

The detail that always gets me is how Mr. Summers made the black spot that would choose the unlucky person: “with the heavy pencil in the coal company office.” It was done with the same directness that leads him to say “All right, folks. Let’s finish quickly,” as the townspeople raise their stones and charge Tessie. Those who speak of tractors and taxes, given the right conditions and stoked by the right flame, can do worse.

Jackson’s story reminds me of Neighbours, the 1952 short film by Norman McLaren, in which placid neighbors devolve into demonic combatants, all over a property line. Our American political system has always been strange, yet it usually has been held together, even if by a thread. Metaphor and satire about politics work as long as that thread exists, but once that thread is cut, metaphor and satire feel like actions of ignorance and fear.

History has taught us there is a fine line between hyperbole and horror. The lessons of fiction are, unfortunately, often learned after it is much too late. Maybe “The Lottery” belongs tucked in an outdated high school anthology, to be used for a few short responses and then forgotten. Maybe it is a trite, quaint tale, the stuff of The Twilight Zone. Maybe. We shall see.

30 Books in 30 Days: Jane Ciabattari on Anthony Marra's The Tsar of Love and Techno 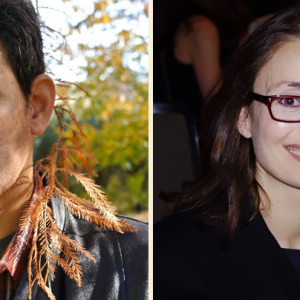 This is an excerpt from an interview that appears in the spring issue of BOMB Magazine. Dana Spiotta: Can you describe...
© LitHub
Back to top