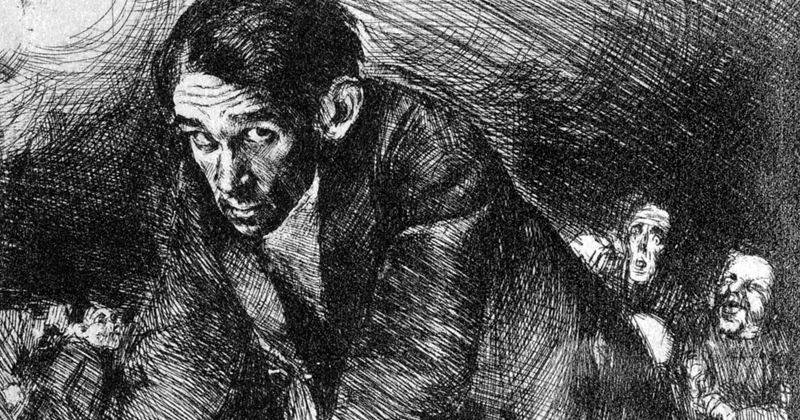 Joe Fletcher on Sanatorium Under the Sign of the Hourglass

Two slim volumes and some correspondence: that’s all that the secondary-school art teacher from Drohobycz left us as literary output. Before Bruno Schulz’s murder in 1942 by Nazi officer Karl Günther, he was rumored to have been working on a novel, The Messiah, which, appropriately, has never reached us. There are also his enigmatic drawings and oil paintings depicting figures and landscapes that appear refracted through warped amber, undulating in a non-Euclidean spacetime. Seeing these in person at an exhibition at the Museum of Jewish Art and History in Paris in 2004 was a revelation, but for me they have always supplemented Schulz’s fiction, the sketches a wooden undergrowth upon which the lush foliage of his stories unfurled.

As an undergraduate at the University of Michigan in the late 1990s I was given The Street of Crocodiles by my friend and teacher at the time, which I devoured and immediately sought Schulz’s other collection, Sanatorium Under the Sign of the Hourglass. Saturated with these books and the worlds they contain, I dizzily wandered Ann Arbor like a mendicant charged with a divine secret. I lounged at outdoor café tables during summer dusks, staring about me, a tortoise that had swallowed the sun, as Schulz’s pre-war provincial Poland irremediably fused with this Midwestern college town. I wrote letters—to whom?—that were profuse sobs of delight at what was happening to me.

And sobs of horror. For as in other works that were productively disorienting me at the time—Rilke’s Malte, who as a boy sat up petrified by fear of death, protected from the indifferent night proliferating outside his window by his mother; Proust’s narrator, who writhes in anguish in his bed in Combray, under the thrall of childish terror, awaiting his mother’s kiss—Schulz’s world is permeated with foreboding, an intuition of an unnamable violence, fruit rotting deep in the shadows of a thicket. His works trace the contours of a mythical face borne out of what he describes as “early childhood fantasies, intuitions, fears and anticipations characteristic of the dawn of life.” I was transfixed by his ability to render the mythic dream palpable. Uncannily, I recognized these realms; as the narrator of “Spring” writes, in Celina Wieniewska’s superb translation: “Can anything occur that is entirely new, that, in the depths of our being, we have not anticipated for a long time?”

Schulz’s mythical worlds are spun out of the locus of his native Drohobycz, in what is now Ukraine, where he spent the majority of his life, with the exception of a brief stint in Vienna for school, a handful of trips to Warsaw, and a three-week stay in Paris. Lonely, awkwardly shy, suffering from depression, he never married; with his meager teacher’s salary, he struggled to care for his sick sister and her son after his older brother’s death, and despite achieving some renown after the publication of The Street of Crocodiles in 1934, his connection with the literary circles of his day was largely through correspondence.

Today only the Soviet Drohobycz remains in place of the town that Schulz inhabited, with its Jewish shops, narrow lanes, and quiet market squares; they have vanished along with the cemetery where Schulz was buried. What has survived this is Schulz’s “personal and disquieting bible,” as his biographer and literary executor Jerzy Ficowski labeled the two story collections. The tales resist summary and interpretation, shimmering with a dark beauty and a longing for a vanished Age of Genius, as Schulz called it. I gleaned comfort from the shared dream discovered in a forgotten corner of time, in a mythical summer sweetly wilting into an autumn drowsed with the fume of poppies.

“Schulz’s world is permeated with foreboding, an intuition of an unnamable violence, fruit rotting deep in the shadows of a thicket.”

Schulz’s artificial and baroque Edens achieve their vitality through a dream logic that always threatens to veer into nightmare. The stories are charged not by the machinations of plot, which are always subsidiary, but by this tension in his lush descriptive prose. The dreamworld bubbles through the lapidary quotidian surface of his tales. He was an admirer of Kafka, whose The Trial he translated into Polish, and whose writing he described in a passage that could be applied to his own work:

Kafka sees the realistic surface of existence with unusual precision, he knows by heart . . . its code of gestures, all the external mechanics of events and situations, how they dovetail and interlace, but these to him are but a loose epidermis without roots, which he lifts off like a delicate membrane and fits onto his transcendental world, grafts onto his reality.

Indeed, “transcendental” more aptly describes Schulz’s world than the absurdly caricatured and radically ironic negation of the divine order one finds in Kafka’s fiction. But while the rich imagistic exuberance of Schulz’s prose has garnered much attention, I mean to take here a brief moment to appreciate the nightmare and terror—which he recognized in Kafka—lurking in the interstices of his writing.

Take one character for example, who has haunted me ever since I first read the title story of Sanatorium Under the Sign of the Hourglass. In an early passage, the narrator, Joseph, who is visiting his sick father in the eponymous Sanatorium, encounters an Alsatian chained to a stake: “a terror of a beast, a werewolf of truly demoniacal ferocity.”

In keeping with the dream logic, Joseph’s father pays no heed to the furious howling of the dog as they pass, despite Joseph’s fright. When this Cerberus’s chain inexplicably lengthens, allowing it to pursue Joseph into an arbor, he has a startling realization: by a “simplifying metaphoric wholesale error,” he had taken for a dog what was in fact a man; a dog in human form, a man with the inner quality of a dog, his “large hands stained with glue, the two brutal and cynical furrows running down from his nostrils and disappearing into his beard . . . a violent man, given to dark, sudden passions.”

Joseph overcomes his terror and unchains this hybrid creature, who then submissively follows Joseph out of a miserable gratitude. But their companionship is uneasy: the dog-man cannot shake its primitive fear and rage and only communicates in a “confused babble,” its dark, intelligent eyes darting wildly. For his part, Joseph presents an assertive façade, which ultimately crumbles as news reaches him that an enemy army has invaded the town. Sensing that the murderous violence has expanded beyond the protean figure at his side, he flees the Sanatorium, abandoning the dog-man—who may also be his father (Joseph leaves him in the room that he and his father shared)—to the spreading conflagration. Such unpredictability, absurd transformations, sudden sympathies, inarticulable sadnesses, and the omnipresent threat of violence for me provide a gripping undercurrent to Schulz’s profound universe.

Sanatorium proved to be harrowingly prescient, though Schulz himself was unable to flee as the nightmare of the Nazi scourge spread like a black tide across Poland. Gunned down on a Thursday in November by Günther, who murdered him to spite a fellow Nazi officer who had taken a protective role over Schulz out of fondness for his artwork, his blood soaked into the bread he had just purchased in the Jewish ghetto where he was confined. No sustenance to be had in this world, he wanders the cold train cars in a republic of dreams, his jaw swollen from an unnamed wound, coins rattling in his torn railwayman’s hat.

Joe Fletcher is the author of The Hatch (Brooklyn Arts Press) and two chapbooks of poetry: Already It Is Dusk (Brooklyn Arts Press) and Sleigh Ride (Factory Hollow Press). Other work can be found in jubilat, Octopus, Slope, Puerto Del Sol, Gulf Coast, and Painted Bride Quarterly. He teaches literature and writing at the University of North Carolina and in the North Carolina prison system, and he is the Managing Editor of the William Blake Archive.
http://www.joefletcherpoetry.com/

On the Poetics of Fatness 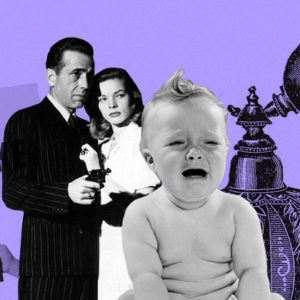 From essays to interviews, excerpts and reading lists, we publish around 150 features a month. And though we’re proud of each...
© LitHub
Back to top