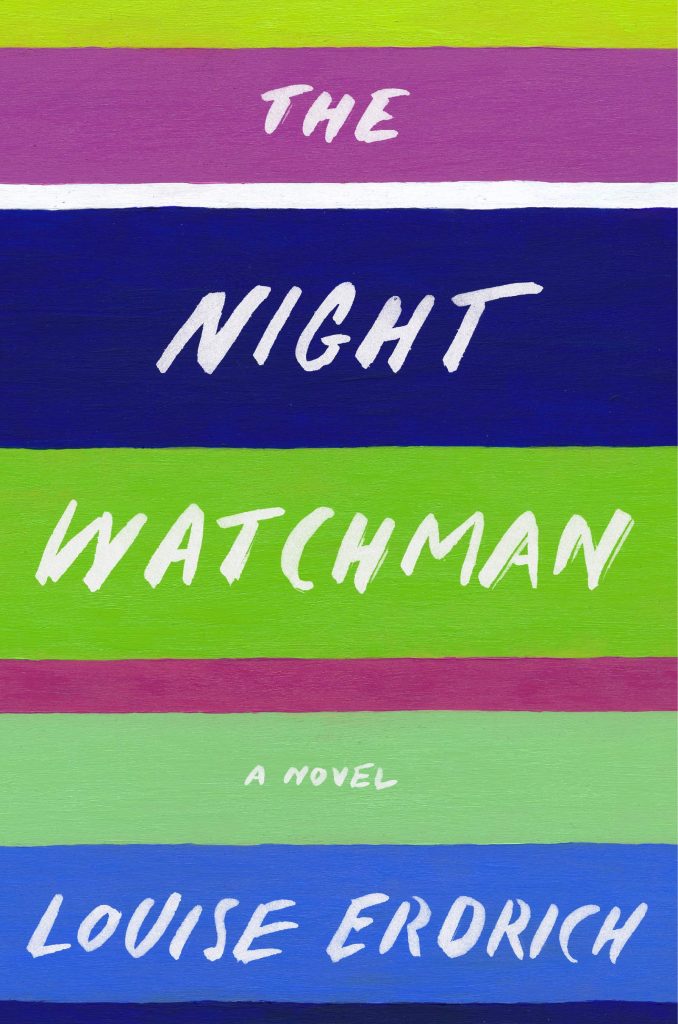 The follow is an excerpt from Louise Erdich's new novel, The Night Watchman. Louise Erdrich is the author of sixteen novels, volumes of poetry, children's books, and a memoir of early motherhood. Her fiction has won the National Book Award, the National Book Critics Circle Award (twice), the Anisfield-Wolf Book Award, and has been a finalist for the Pulitzer Prize. She lives in Minnesota with her daughters and is the owner of Birchbark Books, a small independent bookstore.

Thomas carried his rifle on the trail to his father’s house. Maybe he would flush up a partridge. Or surprise a deer. But there was only sere grass, rose hips, seed heads of black-eyed Susans, red willow. Under the stands of oak, heaps of acorns lay in the grass. With a lot of boiling, you could eat them. He thought of picking them up. But along the edges of the grass road there were bushes loaded with pukkons. He filled his hat, then his jacket, with the prickly green nuts. His father saw him coming along the edge of the field and stepped out of his doorway, stooped, leaning on his stick. Biboon, Winter, bone thin. With age, his skin had lightened in patches. Laughing, he sometimes called himself an old pinto. He wore a creamy long-john shirt, brown work pants, moccasins so worn they looked like part of his feet. He could still keep the fire going, and insisted on living alone. Biboon trembled and smiled when he saw the pukkons. They were a favorite food of his, reminding him of early days.

“Oh boy, you got some. Let’s smash off the shells.”

There were flat slates at the edge of the yard. Thomas put the prickly green nuts in a bag and struck the bag with a rock, just hard enough to loosen the shells. The late afternoon light slanted low from the west, and he brought out the kitchen chairs and a dishpan. It seemed to Thomas, as they sat in the sinking radiance, shucking bits of shell from the meat, dropping the nuts into a dishpan, that he should hold on to this. Whatever was said, he should hold on to. Whatever gestures his father made, hold on to. The peculiar aliveness of things struck by late afternoon sunlight—hold on to it. And the trees behind them, their shadows, wavering.

Inside one of the shells there was a golden beetle, like something in a teaching or a fairy tale. Its bifurcated shell was shimmering, metallic. For a moment it rested on Biboon’s hand, then its golden armor parted and it flexed tough black wings. Whirred off into the loom of shadows.

“It looked like a chunk of gold,” said Thomas.

“Good thing we didn’t crush that son of a gun between the rocks,” said Biboon.

Thomas’s dog, Smoker, came out of the woods carrying a deer’s leg bone. He was a mix of dogs looking like the old-time kind of dogs people had—working dogs with soft gray fur and curled tails. Smoker’s fur was spotted with black slash marks, and his face was half white and half gray.

Smoker crouched down nearby with the bone between his paws, guarding the bone even though it was white and weath- ered. Soon Thomas began to speak with his father in Chippewa— which signaled that their conversation was heading in a more complex direction, a matter of the mind and heart. Biboon thought more fluently in Chippewa. Although his English was very good, he also was more expressive and comical in his original language.

“Something is coming in the government. They have a new plan.”

“They always have a new plan.”

“This one takes away the treaties.”

“For all the Indians? Or just us?”

“At least they’re not just picking on us alone,” said Biboon. “Maybe we can get together with the other tribes on this thing.”

As a boy, Biboon had traveled along the medicine line into Assiniboine, Gros Ventre, and Blackfeet territory. Then his family swung down along the Milk River, hunting buffalo. He had come back to the Turtle Mountains when there was no other choice. They were confined on the reservation, and had to get permission from the farmer in charge to pass its boundaries. For a while they were not allowed to go off to search for food, and one terrible winter the old people starved themselves so that the young people could continue. Biboon had tried farming with the seed wheat, iron plow, and ox that the farmer in charge had issued to him on strict condition that the family not kill and eat the ox. The first year, nothing. They had to take turns sneaking past the boundaries, picking up buffalo bones to sell to the bone dealers. The next year they did not plant the white man’s grain, but corn, squash, and beans. The family dried the crops and cached the food. They didn’t quite starve, but by spring they could barely walk, they were so skinny and weak. It took many years of finding what plants grew best in which soil, liked a wet or dry spot, sun in morning or afternoon. Thomas had learned from his father’s experiments.

Now they had enough, plus the government surplus food, which always showed up unexpectedly. Biboon was happiest about the government’s corn syrup, so sweet it made his tooth stubs ache. He cut it with cold water and added a few drops of Mapleine to make it taste like the old-time maple syrup. He remembered the taste from his very youngest days as a child in the great sugar stands of maple trees in Minnesota. And he loved pukkons roasted in a cast-iron skillet, tossed up and down as the smell of old times filled the cabin.

On the Reverie and Detachment of the American Road Trip 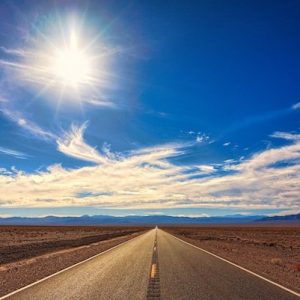 On the Reverie and Detachment of the American Road Trip Roads furnish our imaginations with images of freedom. Journeys like Kerouac’s have come to stand for a sense of unimpeded...
© LitHub
Back to top