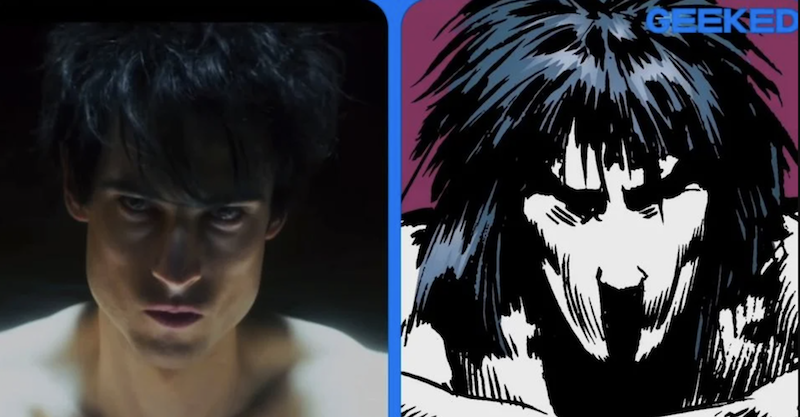 The new trailer for Netflix’s The Sandman is a shot-for-shot recreation of the original.

Back in 2019, when we walked maskless, Netflix and Warner Bros. Television first announced they were adapting Sandman, Neil Gaiman’s sprawling comic book series about Morpheus, Lord of Dreams, and the powerful group of siblings known as the Endless, into a live-action TV series. Now, after a slow burn of casting announcements, the first trailer is finally here—and it’s almost a shot-for-shot recreation of the first issue of the comic.

Two days ago, when Netflix released the first look at Sandman, Netflix Geeked released a side-by-side comparison of the trailer and illustrations from the comic, and I’ve got to say: they look excitingly similar. The adaptation’s faithfulness to the original comic is already soothing fans who were concerned that the Netflix series is set in 2021, as opposed to 1989, like the comics; other fans are highlighting the work of Sam Keith, who drew the first Sandman issue, and want to see his influence recognized.

the first look at Netflix's THE SANDMAN (@Netflix_Sandman) is almost a perfect shot-by-shot recreation of the first issue of @neilhimself's comic pic.twitter.com/8f6ouvtZLI