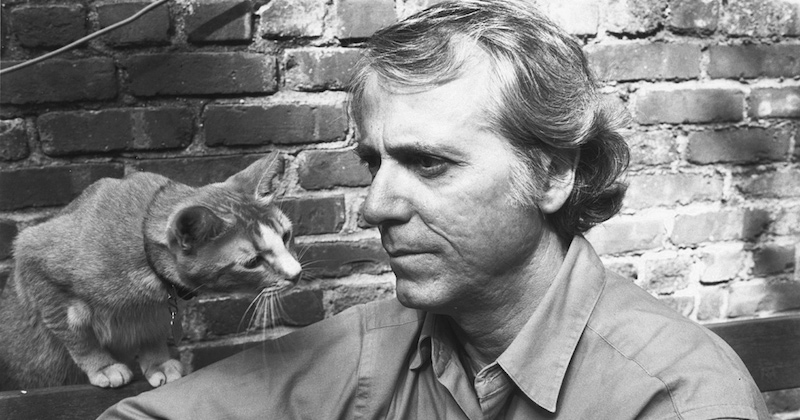 After nearly 40 years of crickets and tumbleweeds from tinseltown, it really has been a banner decade for Don DeLillo adaptation announcements.

David Cronenberg got the ball rolling in 2011 when he and Robert Pattinson brought Cosmopolis to the big screen. That was followed by Benoît Jacquot’s little-seen 2016 adaptation of The Body Artist, À Jamais.

Neither film set the world on fire, and things quieted down for a few years before the DeLillo Hollywood machine roared back into life at the beginning of 2021 with the news that a series adaptation of Libra and a Netflix movie adaptation of White Noise were both in the works. A month later, producer and apparent DeLillo Superfan Uri Singer, emboldened by his White Noise acquisition, bought up the rights to DeLillo’s most recent novel, 2020’s The Silence.

Now Deadline reports that Singer, like a crazed Pokémon collector, has acquired the film rights to yet another DeLillo novel, and this time it’s the big one: Underworld. A national bestseller and finalist for both the Pulitzer and National Book Award, DeLillo’s 1997 post-postmodernist opus—a sprawling American epic centered on the efforts a New York waste management executive to trace the history of the baseball struck in The Shot Heard ‘Round the World—was named by the late literary critic Harold Bloom as one of the few contemporary American works of fiction that “touched what I would call the sublime.”

Ted Melfi (Hidden Figures, The Starling) has been brought on board to produce, adapt, and direct the film for Netflix.