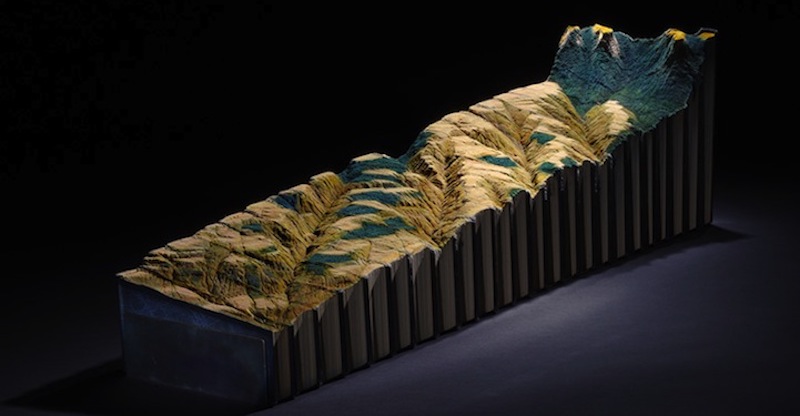 An informal survey of contemporary writers...

The end of December is a time when we are bombarded with end-of-year lists—so much so that they start to blur together. But what about the books that stay with us for years? In an effort to come up with a more enduring, definitive list, I reached out to some of my favorite contemporary writers and asked them to name the most important books published over the last two decades. To my surprise, there wasn’t a lot of overlap in their respective choices: only 14 titles were chosen by more than one author. The top three titles are Infinite Jest by David Foster Wallace, The Known World by Edward P. Jones, and fittingly (as we hurtle toward a Trumpian apocalypse?), The Road by Cormac McCarthy.

Though no books by women made it into the top three, Americanah by Chimamanda Ngozi Adichie, Behind the Beautiful Forevers by Katherine Boo, Gilead by Marilynne Robinson, the Neopolitan Quartet by Elena Ferrante, The New Jim Crow by Michelle Alexander, I Love Dick by Chris Kraus, and The Collected Stories of Lydia Davis each received two votes.

The end to this year has left many of us in a state of shock and despair, but I took comfort in Toni Morrison’s words in The Nation: “This is precisely the time when artists go to work. There is no time for despair, no place for self-pity, no need for silence, no room for fear. We speak, we write, we do language. That is how civilizations heal.”

I’d add one other thing to that list: we read.

2666 by Roberto Bolaño (2)
A Big Enough Lie by Eric Bennett
A Fine Balance by Rohinton Mistry
A Little Life by Hanya Yanagihara
A Madman Dreams of Turing Machines by Janna Levin
A Visit from the Goon Squad by Jennifer Egan
Against Identity by Leon Wieseltier
All Souls’ Rising, Master of the Crossroads, The Stone That the Builder Refused by Madison Smartt Bell
Americanah by Chimamanda Ngozi Adichie (2)
Behind the Beautiful Forevers by Katherine Boo (2)
Before You Suffocate Your Own Fool Self by Danielle Evans
Beneath the Roses by Gregory Crewdson
Between the World and Me by Ta-Nehisi Coates
Billy Lynn’s Long Halftime Walk by Ben Fountain
Birds of America by Lorrie Moore
Blue Nights by Joan Didion
Brick Lane by Monica Ali
Brief and Wonderous Life of Oscar Wao by Junot Díaz
Brother, I’m Dying by Edwidge Danticat
Building Stories by Chris Ware
Capital in the Twenty-First Century by Thomas Piketty
Citizen by Claudia Rankine
Cloud Atlas by David Mitchell (2)
Collected Stories by Lorrie Moore
Command and Control: Nuclear Weapons, the Damascus Accident, and the Illusion of Safety by Eric Schlosser
Conference of the Birds by Peter Sis
Counternarratives by John Keene
Debt: The First Five Thousand Years by David Graeber
Decreation by Anne Carson
Disgrace by J.M. Coetzee
Drown by Junot Díaz
Eaarth: Making a Life on a Tough New Planet by Bill McKibben
Falling Out of Time by David Grossman
Fight Club by Chuck Palahniuk
For the Relief of Unbearable Urges by Nathan Englander
Gilead by Marilynne Robinson (2)
Global Crisis by Geoffrey Parker
Half of a Yellow Sun by Chimamanda Ngozi Adichie
Hateship, Courtship, Loveship, Friendship, Marriage by Alice Munro
Head Off and Split by Nikky Finney
How the Dead Dream by Lydia Millet
How to Slowly Kill Yourself and Others in America by Kiese Laymon
I Love Dick by Chris Kraus (2)
Inferno by Eileen Myles
Infinite Jest by David Foster Wallace (3)
Intoxicated By My Illness by Anatole Broyard
Jane by Maggie Nelson
Lovely Green Eyes by Arnost Lustig
Make Your Home Among Strangers by Jennine Capo Crucet
Matterhorn by Karl Marlantes
Mind of an Outlaw by Norman Mailer
My Perfect Life by Lynda Barry
My Struggle by Karl Ove Knausgaard (2)
Native Guard by Natasha Trethewey
Neopolitan Quartet by Elena Ferrante (2)
Never Let Me Go by Kazuo Ishiguro
Nickel and Dimed by Barbara Ehrenreich
NW by Zadie Smith
Old Filth by Jane Gardam
One Big Self by CD Wright
Our Word Is Our Weapon: Selected Writings by Subcomandante Marcos
Parable of the Talents by Octavia Butler
Paradise by Toni Morrison
Pastoralia by George Saunders (2)
Persepolis by Marjane Satrapi
Power Politics by Arundhati Roy
Preparation for the Next Life by Atticus Lish
Proxy by R. Erica Doyle
Random Family by Adrian Nicole LeBlanc
Reason In A Dark Time by Dale Jamieson
Remainder by Tom McCarthy
Rings of Saturn by W.G. Sebald
Selected Poems by Eileen Myles
Selected Stories by Alice Munro
Solitude of Self by Elizabeth Cady Stanton (reprinted in 2001)
Stag’s Leap by Sharon Olds
Steal Away by C.D. Wright
Stranger Things Happen by Kelly Link
Tenth of December by George Saunders
Testo Junkie by Beatriz Preciado
The Activist by Renee Gladman
The Autobiography of Red by Anne Carson
The Aegypt Quartet by John Crowley
The Assassin’s Gate: America in Iraq by George Packer
The Beautiful Thing That Awaits Us All by Laird Barron
The Boat by Nam Le
The Book of Frank by CAConrad
The Collected Stories of Lydia Davis (2)
The Flamethrowers by Rachel Kushner
The Freddie Stories by Lynda Barry
The Givenness of Things by Marilynne Robinson
The God of Small Things by Arundhati Roy
The Great Wave by David Hackett Fischer
The Human Stain by Philip Roth
The Intuitionist by Colson Whitehead
The Known World by Edward P. Jones (3)
The Line of Beauty by Alan Hollinghurst
The Looming Tower by Lawrence Wright
The Miseducation of Cameron Post by Emily Danforth
The Moon Before Morning by W.S. Merwin
The Mooring of Starting Out by John Ashbery
The New Jim Crow by Michelle Alexander (2)
The Patrick Melrose Novels by Edward St. Aubyn
The Road by Cormac McCarthy (3)
The Round House by Louise Erdrich
The Savage Detectives by Roberto Bolaño
The Shadow of the Sun by Ryszard Kapuściński
The Shock Doctrine by Naomi Klein
The Sixth Extinction by Elizabeth Kolbert
The Thousand Autumns of Jacob de Zoet by David Mitchell
The Unconsoled by Kazuo Ishiguro
The Undercommons by Fred Moten and Stefano Harney
The Yiddish Policemen’s Union by Michael Chabon
The Warmth of Other Suns by Isabel Wilkerson
The Wind-Up Bird Chronicle by Haruki Murakami
To The Wedding by John Berger
True History of the Kelly Gang by Peter Carey
Underworld by Don DeLillo (2)
Unconquerable World: Power, Nonviolence, and the Will of the People by Jonathan
Schell
Voyage of the Sable Venus by Robin Coste Lewis
War by Sebastian Junger
We Others by Steven Millhauser
We Tell Ourselves Stories in Order to Live by Joan Didion
We Wish to Inform You That Tomorrow We Will Be Killed With Our Families: Stories from Rwanda by Philip Gourevitch
White Girls by Hilton Als
Why the West Rules, For Now by Ian Morris
Wittgenstein’s Poker by David Edmonds and John Eidinow
Wolf Hall by Hilary Mantel

A total of 128 books were mentioned by contributors; 56 of those were written by women; and 35 by writers of color.

The Biggest Literary Stories of the Year: The Final 5 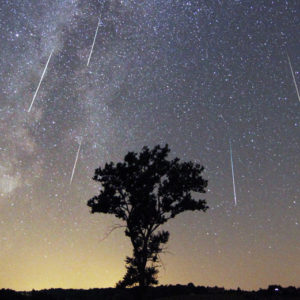 This year, we were obliged to say goodbye to a number of literary luminaries, from the wonderful poet C.D. Wright to Leonard...
© LitHub
Back to top