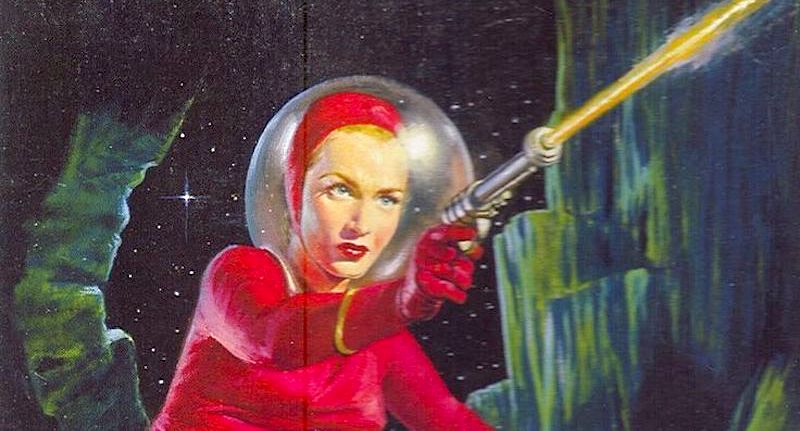 How A Reader’s Feminist Critique Changed My Sci-Fi Novel

Erin Asked Me To Do Better. I Answered Her With A Better Book.

If an author ever tells you that they’re their own worst critic, don’t believe them. It’s not that they’re lying or pretending to be humble. They’re simply failing to account for Goodreads.

For those rare few souls who’ve never visited the website, here’s all you need to know: the place is home to millions of the world’s most spirited readers. When they love a book, they love it with a passion you won’t find anywhere else. And when they hate a book. . . yeesh. Reading the one-star reviews for virtually any novel is like jumping into a Cuisinart. Some of the critiques are devastatingly thorough. Others read like bathroom graffiti. A few of them could have come straight from the diary of the Zodiac Killer. There are folks out there in Internetland who I would not go out of my way to call “hinged.”

I’d braced myself for the worst with The Flight of the Silvers, my 600-page opus about two sisters and four strangers who are saved from apocalypse by mysterious forces and brought to an alternate Earth. It was the first book of a trilogy, my first title with Penguin, and my first foray into science fiction, a genre known for its gruff and fickle readers. If anything, I’d thought I’d get pummeled over the technical aspects of the story. I didn’t go crazy explaining the science behind my concepts. This is a tale of six unique people in an impossible situation. In my mind, it’s all about the characters.

So imagine my dismay when I checked the reviews and saw that my characters were the primary source of complaint. It was Hannah and Amanda Given, the twenty-something siblings at the head of the cast, who elicited most of the scorn. They’re stupid. They’re whiny. They argue all the time. One of them has big breasts and the author mentions them A LOT.

Then, four weeks after the book’s release, someone came out and said it:

This was a sexist book.

I was floored. I’d spent more time on the Given sisters than anyone else, devoting countless pages to their strengths and quirks, their character arcs and personal evolutions. More than that, I had nine beta readers, all smart and progressive friends who wouldn’t have hesitated to call me out for sexist writing. Vanessa, my diligent editor at Blue Rider Press, had expressed some concern the sisters were a bit too weepy at times. They had just lost their entire planet, but okay. I toned it down.

The complaints kept coming, a small but vocal minority that only seemed to appear on Goodreads. For every fifty female readers who gave The Flight of the Silvers a good review, one raked me over the coals for being a raging misogynist.

Jesus, a male acquaintance wrote me. The PC police are coming after you hard.

Oh, bullshit. I wasn’t being “policed,” just criticized. This wasn’t an act of personal oppression, just a handful of readers who were expressing their opinions, as they have every right to do. I may have my flaws and my stubborn blind spots, but I never went ballistic because a feminist objected to something I liked. I’m not too fragile for discourse.

Still, I was entitled to my opinion of their opinions, and I did not agree. Some of that, I admit, was pure defensiveness. You can’t spend three years writing a book and not feel a little parental about it. More than that, I had a mountain of counter-testimony from other readers, many of whom praised the depth and complexity of my heroines.

But the ultimate reason I didn’t take the sexism charges that seriously was because nobody made a serious argument. Those first reviews were barely critiques, just a few quick of lines of fiery invective, like someone shouting from the window of a moving car. A more detailed write-up eventually appeared, but it was so filled with botched facts and bad-faith arguments that I almost thought it was parody. Virtually nothing in my book happened the way she described it. Yet her anger was real, and she was far from alone in expressing it.

In June 2015, nearly a year and a half after The Flight of the Silvers was published, a reader named Erin emailed me with a conundrum. She never writes reviews, she told me. Even if she did, she wouldn’t know how to rate my book. She liked the plot. She liked the characters. She loved the parallel world that I’d built. But there was a sexist undercurrent to the story that kept plaguing her over and over again, like a finger in the eye.

Slack-jawed, I wrote her back and asked her in the nicest possible way if she would mind elaborating. Three days later, I was shocked to receive the mother of all emails—nearly 2,000 words of critical analysis, all fully-sourced with examples from my novel. She took apart the story with a scalpel, not a chainsaw. It was the best bad review I’d ever gotten in my life.

I won’t trouble you with the minute details, as they’ll make little sense to those who haven’t read the book. The important thing to know is that I love flawed characters, men and women both. Perfect heroes bore the everloving crap out of me, mostly because they have no room to grow. The six protagonists of The Flight of the Silvers all start the series in a weak and woeful place. They’re Thelma at the beginning of Thelma & Louise. They’re Luke Skywalker whining to his uncle about power converters. But they all get stronger as the story continues, the sisters most of all.

The problem, as Erin perfectly explained, wasn’t that I made my female characters too flawed. It’s that the flaws I gave them were too stereotypical. Amanda is an uptight nurse and Christian. Hannah’s a flighty young actress who relies on sexual intimacy as a crutch. The two of them are perpetually jealous of each other, mostly for the different ways men to respond to them. They spend a little more time than they should thinking about the potential romantic interests in their group, and I spent a few more words than I should’ve on their physical characteristics. (Yeah, that includes the breasts).

I needed three full days and two restless nights to fully process Erin’s arguments. That weekend, I grabbed a paperback copy of The Flight of the Silvers and, for the first time in two years, read it cover to cover. I was already carrying a hundred little regrets about the story: word choices, scene choices, a ridiculous metaphor here and there. But now I could see everything Erin was talking about—all the niggling bits of ignorance that were invisible to some and infuriating to others. The mistakes I’d made weren’t huge, but they weren’t new either. Most female readers have already seen them a thousand times before in a thousand other books.

And therein lies the anger.

I wish I could say it was a pleasant epiphany, but it hit me hard from every angle. It hurt to realize that I wasn’t as enlightened as I thought I was. It hurt to think of the readers who were annoyed, distracted, or alienated by my gaffes. It hurt to know that I could have fixed all these issues with a week of simple rewrites, if only I’d caught them in time. It was far too late to change The Flight of the Silvers. But I wasn’t entirely helpless.

Eleven months after my email exchange with Erin, I wrote her again and asked if she would be interested in reading an early draft of The Song of the Orphans, the 750-page sequel to Silvers that was slated for release in July 2017. In revisiting old pages, I’d found many of the same mistakes I’d made in the first book. Not only was I able to fix them this time, I found dozens of opportunities to cast my heroines in a stronger light, giving them more agency, more unity, more distinctiveness, more everything. But I still wanted to hear Erin’s thoughts.

I sent her a PDF of my manuscript. The next six weeks passed without a peep. Just as I was starting to fear that she had finally given up on me, she sent me a stark little email in the middle of the night. No subject line. No greeting. Just four simple words in 10-point Geneva.

Yeah, I listened; she had made a hell of a case. She took the time to talk to me instead of shouting from a distance. The least I could do in return was put aside my stubborn pride and look at my work through a wider lens.

At the end of the day, this isn’t about appeasing critics. It’s about becoming a better writer. In a story with flying cars and forcefields, it’s vital to have three-dimensional characters who act realistically and relatably. And in a literary genre that’s been historically wrought with misrepresentations and underrepresentations, it’s not too much to ask an author like me to think a little bit harder about the readers who aren’t.

Erin asked me in the most compelling possible way to do better. I answered her with a better book.

Daniel Price’s latest, The Song of the Orphans, is available from Blue Rider Press.

Daniel Price is the author of Slick, The Flight of the Silvers, and The Song of the Orphans. He lives in Gilbert, Arizona, with his partner Nancy and her three children. He cannot actually manipulate time.

I Come From Generations of People Who Worry 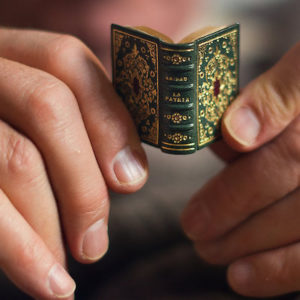 Anthologies are strange beasts. They are sometimes ludicrous, often ugly, and almost uniformly tyrannical. They have stories...
© LitHub
Back to top