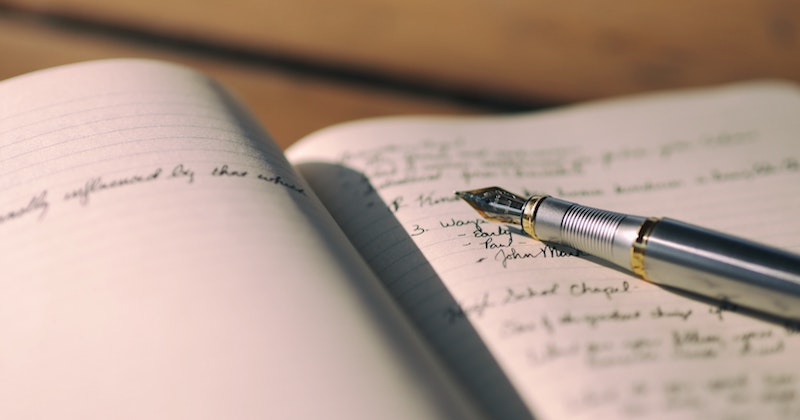 Last year, The Last One was the unexpected hit of France’s annual rentrée littéraire. In this slim auto-fictional work, author Fatima Daas (a pseudonym) tackles gender identity, anti-Arab racism in France, and homosexuality and Islam. A highly topical novel, then, whose protagonist, also named Fatima Daas, is a Muslim and a lesbian and Algerian and French.

Daas skips through a life—the banal moments, like watching people on a train, and the tougher, indelible ones (“My father doesn’t say much to me anymore”)—interweaving non-chronological flashbacks, Koranic suras, rap songs, book excerpts, and text messages. Echoing the severe chronic asthma that afflicts the protagonist, The Last One reads as a series of short, urgent breaths. The style is spare and rhythmical, with a recurring phrase introducing every chapter but two: My name is Fatima.

Describing the writing process, Daas said, “I sought musicality above all else. […] It’s hard to maintain orality, to remain true, to always find the right word, the right sound.” Capturing her rhythm-driven prose—the music—would be my main challenge as the novel’s English translator.

Imagining myself a musician, though I have no musical talent myself, I considered the technical elements of the text while also, in many instances, leaving them aside to listen for when the translation sounded “right.” Admittedly, this is somewhat vague wording for a supposed wordsmith. But I’m begrudgingly vague because the practice of literary translation, for me at least, is so intuitive that it often belies methodological description.

Perhaps I’ll try, though. Perhaps I’ll start with the brackets. When translating, I habitually place alternative words in brackets, possibilities not quite faithful to the original but that pop into my head nonetheless. I assume all translators do this, whether using brackets, parentheses, or footnotes. Early in my career, I would sternly tell myself to ignore these linguistic sirens luring me away from the source text. On one occasion, however, I neglected to delete them in a draft I submitted to a professor and experienced literary translator. In her feedback, she commented, “The words in the brackets are usually the right ones” (my emphasis). There’s that vague notion of rightness, again.

Of course, there is a methodology to why something sounds “right” or “wrong.” And even though I followed my instinct when translating this novel, my choices were guided by the technicalities of rhythm and orality, by which I mean, on a very elementary level, literary sound devices, the most important of which was repetition.

The repetition of soft consonants (“m” and “l”), and the symmetry of ma mère / la lune with “Kamar” in the middle creates a pleasing sonorous effect, as well as a visual and symbolic one—the mother literally rising in the center. In English: my mother, Kamar, the moon.

Here, the original lent itself to translation, with the alliteration easily preserved—that string of “m”s in the English is similarly pleasing to the ear—and, serendipitously, the end sound the same in both languages: loon / moon.

Slang has its own musicality, albeit harder to technically dissect. Imagine a group of young teens insulting one another as a form of flattery, many words shortened or with syllables inverted, as in the case of the French verlan, the result being a chant-like rhythm. There’s a lot of this in The Last One, which largely takes place in a Parisian banlieue. The danger, for me and the author, is that teenage argot can so quickly transform from fresh sounding to démodé. “Dude” is safe, I reassured myself while translating. “Fag” and “bitch” too, certainly. “Sketch as hell,” “Fati-gangsta,” and “crazy strong”—do you hear their rhythm?—are less so, dating the text, though, then again, so do their French originals. Some terms I left in French, a translator’s silent acquiescence to yes, the untranslatability of a word: I’m rebeu, Arab, and therefore Muslim.

And even though I followed my instinct when translating this novel, my choices were guided by the technicalities of rhythm and orality.

Further complicating the novel’s rhythm, Daas includes texts written in the higher register of classical or literary Arabic. While many of the Islamic prayers and Koranic verses already existed in English translation, these were sometimes ornate to the point of incomprehensibility, prompting me to gently, respectfully, translate them “down.” Daas translated other Arabic phrases and terms into French herself, with an elegance that I strived to match:

To wean, in Arabic: fatm.

This is one of my favorite passages from the book, especially the final phrase. Whether because of its alliteration, or the silent, devastating, thought behind it, to my mind (and ear), it sings.

Granted, not everything sounds perfect.

For example, the French chamelle is both wonderfully melodious and utilitarian: the -elle suffix immediately signals to the francophone reader that the term refers to the female animal, while the soft “ch” (pronounced as “sh”) evokes softness, tenderness. A fitting moniker for a protagonist struggling to embrace her femininity, and one that loses its grace in English. I ultimately decided that while “she-camel” is clunky, the word was unavoidable given that it was part of the translation of an Arabic name, Fatima.

I was particularly attentive to repetition, a literary device omnipresent in religious texts, particularly the Koran. It’s no accident that Daas relies on it so heavily in her novel, fusing the religious and the personal in a reflection of the protagonist’s attempts to reconcile her homosexuality with Islam. The critical opening refrain, seemingly so simple, had to read like a prayer but also sound contemporary, announcing to the reader that the ensuing text, like its protagonist, is not one thing alone.

Sometimes, I initially ventured far away from the source, only to return to the French. I first translated the sentence “Il a les yeux noirs, Ahmed, comme moi” as “He, Ahmed, has black eyes, like me,” which evolved into “Ahmed has black eyes too, like me,” both versions more in keeping with English syntax. But the translation sounded “off” to me, less musical, and so it became:

This syntax deliberately interrupts the sentence’s rhythm and, like the French, places the reader’s focus on Ahmed, the protagonist’s estranged father with whom, she tries to convince herself, she is still linked, if only genetically. The father, like the mother, looming in the center.

The longer you spend translating a work, the closer you get to it, eventually zooming in on individual words to the extent that you start to lose sense of the whole. This is when I tell myself to stop. I wait a few days or a few weeks (months are a rare luxury). When I reached this point with The Last One, I put the manuscript in a virtual drawer to give myself a break. Then, I came back and read it again, aloud, start to finish. At that point, my only remaining question was: Does it sing? 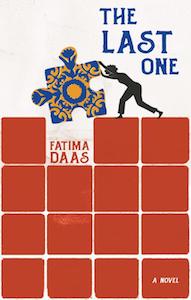 The Last One is available from Other Press. Copyright © 2021 by Fatima Daas. Translated by Lara Vergnaud.

Lara Vergnaud is a translator of prose, creative nonfiction, and scholarly works from the French. Her writing and translations have been featured in The Paris Review Daily, Words Without Borders, and Two Lines, among other places. She is the recipient of two PEN/Heim Translation Fund Grants and a French Voices Grand Prize, and has been nominated for the National Translation Award. She lives in Washington, D.C. 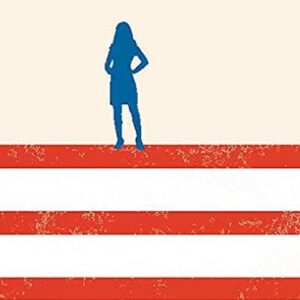