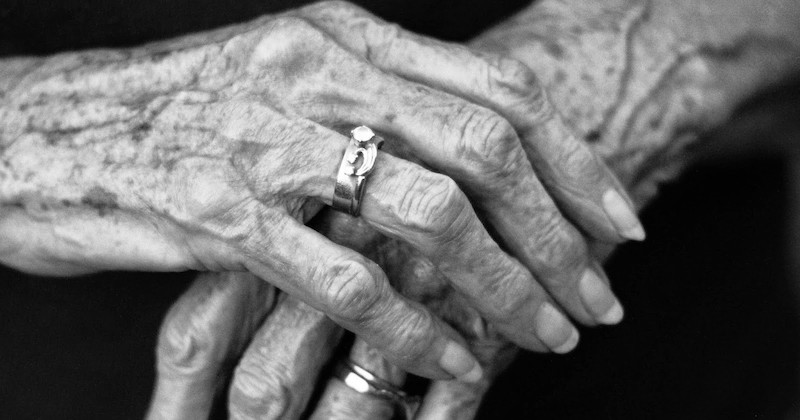 The Many Ways We Create the ‘Other’

Louise Aronson on the Contemporary Othering of the Elderly

Since most of us reach old age, you might think old people would engender fewer “Not me” and “Not my problem” reactions than many categories defining our social identities. After all, old age is not like gender or race. For the most part, people remain what they were at birth. Nor is it quite like cancer or heart disease: although many people get those diseases, not everyone does, and you don’t know which camp you’ll be in until you get one. But unless you die, you will become old. Beliefs and appearance, nationality and religion, also differ from old age. Although you might not make changes in your politics or hairstyle, throughout life you have that option. Perversely, then, it seems likely that part of the reason why we band together so universally and effectively against old age is precisely because it’s indiscriminate. It doesn’t matter who you are.

Early childhood aside, youth comes with increasing strength and social and sexual power, each defined in ways that make them inevitably temporary and, therefore, all the more precious. This wasn’t always the case. In Puritan America, older people represented the highest in human achievement and were duly venerated. Nowadays, the public celebration of young models, actors, and athletes exceeds the rewards and accolades offered everyone else, even the billionaire techies who now shape so much of our daily lives. But there may be an even more elemental explanation for our othering of old age. By definition, social identity is relational. Human beings figure out who they are by comparing themselves with others. As Simone de Beauvoir explained, “Otherness is a fundamental category of human thought. Thus it is that no group ever sets itself up as the One without at once setting up the Other over against itself.”
Spending our first many decades with old as Other has consequences. The octogenarian poet turned essayist Donald Hall offered one of the best articulations of old age’s essential dilemma:

When we turn eighty, we understand that we are extraterrestrial. If we forget for a moment that we are old, we are reminded when we try to stand up, or when we encounter someone young, who appears to observe green skin, extra heads and protuberances. People’s response to our separateness can be callous, can be goodhearted, and is always condescending.

Clearly, being old comes with real challenges, but those challenges are only part of what makes old age difficult. The critical ingredient is our response to it. The biological facts of life alone don’t shape our experience of old age, or Puritan elders wouldn’t have received the best seats in houses of worship. The personal, societal, and cultural constructs we build around our biology are no less important in shaping our old age. We age at the intersection of nature and nurture.

When it comes to age, othering is not confined to old people. It begins early, happens often, and is usually but not always negative. As Sarah Manguso says in Ongoingness, “From the point of view of a child, a mother is a fixed entity, a monolith, not a changing, evolving human organism [that is] similar, in many ways, to a young person.” Her comment can be read as a limitation of the young brain, but also represents our earliest sense of otherness and our first almost instinctive reduction of the other to something distant and abstract.

Across history and geography, we humans have done this to those who differ from us in tribe, nationality, race, religion, gender, sexuality, ability, politics, class, caste, priorities, company, industry, region, dress, comportment, and so much more. The individual other is seen not as a unique human being but as a group representative, and the group is not so much made up of real human beings as it is a notion—simplified, singular, and essentially different. The phenomenon includes traits we can control, ones we can’t, and, more often than I would have ever expected, the life stages we don’t currently inhabit. If younger people are inclined to call someone “over the hill,” it seems the older among us are equally liable to express exasperation about “kids these days.”

Given the ubiquity of othering, our tendency toward it seems part of being human. And like many of our other unjust, unkind, and self-defeating social tendencies, recognizing it is the necessary first step toward a more thoughtful approach, though no guarantee of such moral progress. When it comes to aging, that different approach should somehow account for the fact that while much of who we are doesn’t change over time, our age group does. On the Today Show, at age 70, Cher said, “I look in the mirror and I see this old lady staring back at me. And I have no idea how she got there!”

In discussing race, Claudia Rankine has talked of how, in trying to account for the world around them, people often want “to write about the other without investigating their relationship to the other, and that, I think, is what became or becomes problematic.” She points out that until we understand that much of whiteness and blackness—and, I would add, much of youth and old age—is fabricated, we end up “resorting to stereotypes that are made by the culture.” Even about ourselves.

Said the poet Molly McCully Brown, who was born with cerebral palsy and has spent much of her life in a wheelchair, “Language has so much to do with how we explain ourselves to ourselves and to others . . . I’m grateful to have had these scientific and concrete explanations for why and how my body works and my brain works, or doesn’t work, the way that it does. But I will say that it does shape your sense of yourself. You know, the earliest language I had for my body was a list of the things that were wrong with it and a list of the things that people were doing to make it, quote unquote, better. And I think that does really shape your sense of who you are.”

Othering and stereotypes allay our anxieties about how little in the world and even in our own lives we can control. They give us shortcuts “embedded in larger archetypes, ideals, or myths that societies use to infuse experience with shared meaning and coherence” by which to understand ourselves, others, and the world. They allow us to see a type or trope, to look rather than to notice—a critical distinction. When we look at something, we merely direct our gaze. When we notice it, it’s known to us in an intimate and particular way.

Thus, in the late 19th century, when Americans began viewing the body as a machine and not a divine gift, their sense of old age changed too, in ways that encouraged looking over noticing. Having previously seen old people as closer to God, Americans now saw them through an industrial lens, lacking function and efficiency. Old age began to seem “less than” compared with youth, and aging came to be associated with decline and obsolescence—conditions people distance themselves from even today, invoking that same singularly mechanistic definition of human worth. 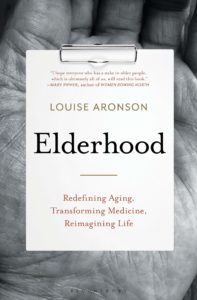 Excerpted from Elderhood. Used with permission of Bloomsbury Publishing. Copyright © 2019 by Louise Aronson.

Louise Aronson, MD, is a geriatrician, writer, and professor of medicine at the University of California, San Francisco. The author of Elderhood and A History of the Present Illness, she is a regular contributor to The New York Times and the New England Journal of Medicine, among other publications. Recognition of Louise’s work includes a MacDowell fellowship, four Pushcart nominations, the American Geriatrics Society Clinician-Teacher of the Year award, and a Gold Professorship for Humanism in Medicine. She lives in San Francisco. 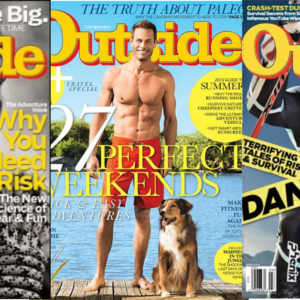 It’s been a while since Literary Disco discussed magazine journalism. This week, Julia and Rider dive into three different...
© LitHub
Back to top
Loading Comments...