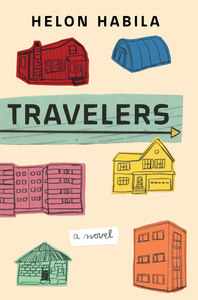 The following is from Helon Habila's novel Travelers. A Nigerian graduate student living in the U.S. moves to Berlin with his wife, who has won a prestigious arts fellowship. There, he meets the community of African refugees and grapples with his identity and privilege. Helon Habila is the author of the novels Waiting for an Angel, Measuring Time, Oil on Water, and Travelers. His writing has won numerous awards including the Caine Prize, the Commonwealth Short Story Prize and the Windham-Campbell Prize.

We came to Berlin in the fall of 2012, and at first everything was fine. We lived on Vogelstrasse, next to a park. Across the road was an Apotheke, and next to that a retirement home, and next to that a residential school for orphans. The school was once a home for single mothers, but eventually the mothers moved on and only the children were left. The school is made up of two cheerless structures—one noticeably newer than the other—behind waist-high cinderblock walls and giant fir trees. In the evenings the children ran in the park, jumping on trampolines and kicking around balls, their voices cutting through the frigid air clear as the bell ringing. In the mornings they sat in the courtyard behind the short fence to craft wooden animals and osier baskets under the watchful eyes of their minders. Once, out early with Gina, one of the boys, anywhere between the ages of eight and ten, sighted us and rushed to the low wall, he leaned over the top, almost vaulting over, his face lit-up with smiles, all the while waving to us and shouting “Schocolade! Schocolade!” I turned away, ignoring him. Gina stopped and waved back to him. “Hello!” How his eyes grew and grew in his tiny face! Surprise mingled with pleasure as he ran back to his mates. He repeated this whenever he saw us, and Gina always indulged him, but I never got used to it. I never got used to the thin, eager voice, and how the other children, about a dozen or so, stopped and raised their eerily identical blond heads and blue eyes to watch him waving and calling “Schocolade!” as if his life depended on it.

I first met Mark when he came to the house with one of Gina’s flyers in his hand. “I am here for this,” he said, waving the yellow flyer. It said Gina was working on a series of portraits she called Travelers, and she was looking for real migrants to sit for her. Fifty euros a session, to be paid for by the fellowship. I pointed him to the guest room she had converted into a studio. Soon their voices carried to the living room, hers polite but firm, his questioning, arguing. He was being turned down, and I could have told him not to press, Gina would never change her mind. Later, when I asked her why, she said he wasn’t right and didn’t elaborate, but I guessed he looked too young, his face was too smooth and lacking the character only time and experience brings. Last week she had drawn a lady and her four-year-old daughter. I met the lady in the living room waiting for Gina to set up her easel, still wearing her outdoor coat, an old woolen affair, and when I asked her if she wanted me to take the coat she shook her head, I turned to the daughter, did she want a drink, she pulled the child closer to her. The week before that it was a man, Manu, who told me he was a doctor in his former life, now he worked as a bouncer in a nightclub, waiting for the result of his asylum application. His face was lined, prematurely old, and I knew Gina would love those lines, each one of them an eloquent testimony to what he had left behind, to the borders and rivers and deserts he had crossed to get to Berlin. She would also love the woman’s hands that tightly clutched her daughter’s arm, they were dry and scaly, the nails chipped, no doubt ruined while working in some hotel laundry room, or as a scullery maid.

Mark came out of the studio and stood by the living room door, a wry smile on his face, his red jacket in one hand, still holding the yellow flyer in the other hand. Behind him Gina, in her paint- splattered overalls, was already back at her painting, dabbing away at the easel, her face scrunched up.

“I’ll walk you to the bus stop,” I offered. I had been indoor all day reading, I needed to stretch my legs, or perhaps I felt sorry for him, coming all the way for nothing, or I might have sensed something intriguing about him, something unusual that maybe Gina had sensed as well, and for that reason had turned him away. That same thing that made her send him away had the opposite effect on me, it drew my attention. Right now he looked dejected, as if he had already made a budget for those fifty euros, which he was now realizing he would never see. I asked him if he had ever sat for a painter before. He hadn’t. Who had, apart from professional models, but he thought what she needed were ordinary people, real people, and wasn’t he real enough?

I walked ahead of Mark, down the stairs to the ground floor and out the door. My intention was to leave him at the bus stop and continue on across the road to the little lake where I sometimes went for a walk, but the bus was pulling away as we arrived and I decided to wait for the next bus with him, and when the bus failed to come on time he said he’d go by foot and on a whim I said, “Let’s walk.” It was spring and the sun lingered in the west, unwilling to set, its slanted rays falling unseasonably warm and bright. Perfect weather. We joined the flow of after- train crowd past the wurst stand, past the strawberry-colored strawberry stand. Berliners sat alfresco eating ice cream beneath beach umbrellas, Eis, the sign said. Ahead of us a chubby diminutive lady in a red jacket was shouting into her phone, Nein! Nein! as she paced back and forth on the sidewalk, staring down passersby. And the more people stared the higher her voice rose; for a moment she was famous. “Nein! Ich weiss es nicht!” she shouted, basking in the sunrays of her notoriety.

We passed a Roma couple on a bench next to a Kaiser’s store, their dull, beady eyes focused on their daughter, who stood by the sidewalk with a pan in her hand. Mark walked with his head bowed, muttering to himself.

“It is a lovely day,” I said. He nodded. I’d walk with him, but it wasn’t my duty to cheer him up. Two ladies walked just ahead of us, at the same pace as us, always a few steps ahead, and it was a pleasure to watch their slim and shapely bodies beneath their identical jean jackets, and their blond hair bouncing with each step, hand in hand. They belonged to this day. One was older, in her forties perhaps, the other looked to be in her twenties; mother and daughter, or sisters, or friends, or lovers; there was a gentleness to their clasped hands, especially next to the rude screeching of tires and the blaring of horns from the motor road.

On both sides of the road neon signs on storefronts blared out: McFit, McPaper, McDonald’s—a very American top layer over the more traditional back streets and side streets and sleepy quarters that still throbbed on, timeless, like the tram tracks buried beneath the concrete and tarmac. In our first couple of months in Berlin, Gina and I had walked these back streets that led away from Kurfürstendam and on and on and narrower and narrower to the front windows of artisans’ workshops and soup kitchens and Blumen stores and family homes with children and parents seated at the table eating dinner. Just a few months ago these streets were empty and snow- covered, with garish Christmas lights strung from every leafless tree and storefront like charms to ward away winter’s malevolent spirits. At George- Grosz- Platz the two women disappeared into a beauty store. Mark and I sat in the square and watched the yellow double- decker buses stop and start, and stop again, the people coming off and on. We sat, not talking, just enjoying the last sunrays of the day. Mark looked round at the people seated in front of the roadside cafés drinking coffee and smoking cigarettes and said, “This could be Paris.” After about thirty minutes he sighed and stood up, waved and walked away with slow steps toward Adenauerplatz station. I wondered what his story was, if I’d see him again.

I continued to sit in the dying sunlight, wrapped up in my thoughts. A fat-jowled man ran awkwardly after a M29 bus, but he was too late. He stopped and waved his arms in frustration as the bus pulled away, his open trench coat flapping about him, but when he turned I saw it wasn’t a man but a woman, her thick, porcine jowls clenched in annoyance. A young lady in high heels came off the M19 and sat on a bench next to me. She took out a lipstick and a mirror. When she returned the lipstick and mirror to her bag, she looked up and our eyes met, she smiled, and then she was gone, walking at that surprisingly fast clip people here have. I could have started a conversation, I could have said “Hi,” and we might have sat, and talked, elegant like Parisians. We might talk of George Grosz, after whom the square was named, painter, intellectual, rebel, who survived the First World War, and defied the Nazis in the Second, and fled to America only to be driven back to Berlin by nostalgia; he fell down a flight of stairs after an all- night bout of drinking.

“A beautiful death,” she might have said. But as I watched her go, I felt the already unbridgeable gap between me and this city widen. Even if I spoke her language, the language the city spoke, would she understand me? A month ago I had gone to the post office to post a letter, and the lady behind the counter, a flaxen- haired battle- ax, had stared at me, refusing to speak English, and we had stood glaring at each other as the line behind me grew and grew, she kept shouting German words at me, and I kept answering back in English, I wanted to buy stamps, I wanted to post my letter, till finally a lady from the back of the line stepped forward and interpreted. It was a tense standoff while it lasted, and I was sweating when I came out. A week later I started taking German classes.

The Many Ways We Create the 'Other' 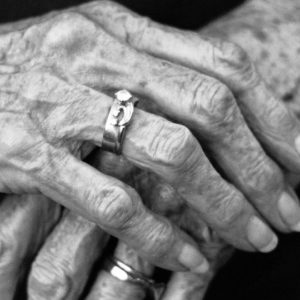 The Many Ways We Create the 'Other' Since most of us reach old age, you might think old people would engender fewer “Not me” and “Not my problem” reactions...
© LitHub
Back to top