The Madness of King Trump: On Being Unfit to Serve

In Act I, Scene 1, when King Lear orchestrates a performance of loyalty and love, or attempts to, his irritable and sudden casting out of Cordelia seems like nothing more than the predictable act of a narcissist. Like all narcissists, beginning with Narcissus, Lear’s frustration is with the elusive reflection, the mirror image, he has attempted to make of his daughter. When she fails to reflect exactly what he has projected for himself—his grand image, grand public and performative words (which Cordelia, in her innocent obstinacy and confidence in his love, eschews in favor of authenticity)—Lear throws aside the mirror in a sudden, histrionic rage. His version of “smashing” Cordelia, though, is petulant and petty rather than violent, shoving her at her sole remaining suitor, allotting her a paltry dowry. In effect, Lear’s rage is didactic. He is “teaching” her what being a royal means—not a mad or self-destructive king, though the play shows us those moments, but one who, like other egocentric rulers, rewards sycophants and punishes honesty whenever it strikes them as a threat to their grandeur.

But what ruler isn’t something of a narcissist, elected or not? As psychologist Jonathan Davidson and his colleagues found, poring through letters and diaries of one-hundred years of US presidents, nearly half met criteria for some form of mental illness, though only about 25 percent had symptoms serious enough to possibly, but not definitely, have a negative impact on their ability to lead. Psychiatrist Nassir Ghaemi, describing the grandiosity, even mania, of some past and present world leaders in his 2011 book A First-Rate Madness, identifies such qualities as a source of resilience against the turbulent demands of leadership.

Perhaps behavioral medicine can contribute only so much to understanding the “unfitness” (“inability to discharge the duties of office”) that would trigger section 4 of the 25th amendment, enabling the Vice President and Congress (by a simple majority) to suspend the President from exercising any powers by submitting a letter to the President of the Senate and the Speaker of the House. How else to explain the lack of effect of the word “unfit” (a word that entered the English language only a few decades before Shakespeare’s birth)?

“Unfit” was part of public rhetoric around the 2016 “pussy grabbing” tape and President Barack Obama’s specific, considered use of this word. The word “unfit” came up again, compellingly, repeatedly, when multiple mental health professionals observed the impulsive, reactive pattern of Trump’s Tweets, the startling, childish-sounding threats (“I have a much bigger button” directed at Kim Jong Yun via Twitter in January 2018), even as closer observers, inside the White House, pointed to speech patterns consistent with cognitive decline. Yet petitions, articles, memoirs, phrases like “out of his mind” and “impaired” have been useless throughout all four years of this disastrous presidency. The notion of “unfitness’ appeared to only strengthen his support among those who romanticized what they perceived as Trump’s frank and unrepentant narcissism.

Measured scolding by experts (“elites”) seemed only to give more fuel to the various “movements” (incel, white supremacist, misogynist, birther, anti-masker, MAGA) that have pledged (and this week, demonstrated, with fatal consequences) their fealty to him. In addition, pop science, perhaps bad science (worst of all, the “science” leading to Trump’s advocacy in April 2020, of “injecting bleach to cure” COVID-19), has done nothing to dissuade a surprisingly diverse array of celebrities and intellectuals from adoring him. From Kanye West and Geraldo Rivera, to Harvard Law professor Alan Dershowitz, to Johns Hopkins political science professor Ken Masugi, who wrote of how Trump could be a unifying and commanding figure like Caesar but better than Caesar, because (to quote Masugi in The Atlantic) “Trump believes in the sovereignty of the people.”

Perhaps behavioral medicine can contribute only so much to understanding the “unfitness” (“inability to discharge the duties of office”) that would trigger section 4 of the 25th amendment.

Why hasn’t the “unfitness” concept had more force? Perhaps this is simply because science is inadequate, and literature holds more answers when it comes to mad kings.

In Shakespeare’s play, when does King Lear become “unfit”—or does he, ever? The notion of his “unfitness” is first raised by Goneril. Incensed by his demands, it isn’t enough for her to throw him out. She has to block any recourse he might have with her sister Regan. “If she sustain him and his hundred knights / when I have show’d th’unfitness”—she says in a rage (Act I, Scene IV). Yet the focus of the play almost immediately becomes Goneril’s, and others’, own much more fundamental lack of fitness for any public trust.

Having quickly and self-servingly “diagnosed” Lear as an “old fool” now victim to “choleric years,” she acts indiscriminately and without hesitation to seek power. In quick succession she orders her servants not to care for him (“put on what weary negligence you please”), needles Lear about his knights, encourages her brother-in-law to shut the doors against a storm likely to ravage Lear’s exhausted, increasingly vulnerable body as he wanders through it largely alone, suggests to Cornwall that he “pluck out” Gloucester’s eyes as punishment for helping Lear, casts aside her husband Albany in favor of the perfidious, even more ambitious Edmund who seeks Lear’s throne, and poisons her sister Regan to remove her as a rival. Cornwall, in offering no balance or voice of reason against Regan’s vindictive resolve proves equally unfit. Edmund, while nearly rising to the stature of anti-hero (including in the speech, Why bastard Wherefore base? which, like all talented sociopaths, garners him our empathy) is no more fit to rule. Edmund seduces Lear’s daughters, feigns injury to set his father against his older brother, Edgar, and condemns Lear and Cordelia to death from sheer petty umbrage—to thwart his brother’s planned mercy. Even those characters whose behavior is at least slightly more compassionate—the Duke of Albany, Edgar, who share power in the play’s final arrangement, as the two survivors of political and moral disorder—are not that qualified to govern. Albany is passive, given to treacly statements like “Striving to better, oft we mar what’s well” wholly inadequate to Goneril’s bloodlust; Edgar, while creative, is way too trusting, even gullible, though at least voices an acute awareness (which becomes our awareness) in his “We that are young / shall never see so much” speech, of Lear’s unique capacity.

The meaning of Lear’s madness is transformed loss and suffering—not the least, the suffering of others that he witnesses and cannot endure. He is driven mad, given over to a process he implores, with humility, not to have to succumb to. While his initial loss arises from narcissistic injury, worse suffering results from his defending Kent, Cordelia, even his people.

Trump is Goneril, not Lear. Far from simply “failing” to express empathy or compassion in the face of unprecedented public crises—detained immigrant children in cages; Hurricane Maria survivors; and most recently, hundreds of thousands of people dead from COVID-19—Trump on January 6th and in communications leading to and inciting it showed himself “incapable” of exercising his office in a strikingly specific way. He refused to authorize the National Guard when requested by DC when the Capitol building was being stormed, when elected officials were physically threatened with weapons and tools for being tied up and taken hostage, when national security was compromised. [9] By eyewitness accounts (“borderline enthusiastic that the certification was being delayed”) and video posted on Facebook (“thrilled,” as his son described, with Trump watching the mob riot and the triumphant song Gloria playing, in a party atmosphere), Trump manifestly did not exercise specific duties of protecting national security as well as protecting those who serve the government. His inability was consistent with his Tweets (“Be there, will be wild!”) and speeches (“You’re very special”) affirming that the rioters had successfully performed their public “love” (he used that word) to his satisfaction.

Deaths resulted directly from his inability to exercise the duties of office on Wednesday, further bloody proof as real as the blood on Gloucester’s face. But literature’s value is that, to see and understand “unfitness,” we don’t need to know Goneril’s or Regan’s “backstory.” We don’t need to know the psychological or psychiatric reasons for Trump’s inability to exercise his duties and prevent national spectacle, tragedy, continued threat (with similar mobs intimidating other state Capitol buildings, emboldened by his “love”). As clearly as Shakespeare’s figures on a stage, we see what Trump has done, and have a remedy.

Chaya Bhuvaneswar is a practicing physician, writer and 2019 PEN American Robert W. Bingham Debut Fiction Prize finalist for White Dancing Elephants, which appeared on over 20 best of lists in 2018. Her work has appeared in Salon, Longreads, Narrative Magazine, Tin House, Electric Literature, The Millions, Joyland, Large Hearted Boy, Chattahoochee Review, Michigan Quarterly Review, The Awl, and her fiction was recently selected for inclusion in Best Small Fictions. She is at work on a novel and memoir.

Josh Hawley, after inciting a violent, bloody insurrection, has his book canceled. 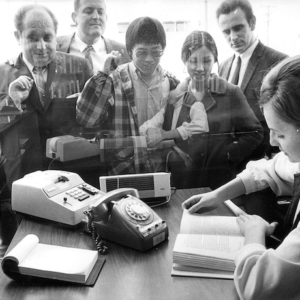 “This is racism as a triumph over history, the history of what you just did or didn’t do today.” Rebecca Solnit...
© LitHub
Back to top