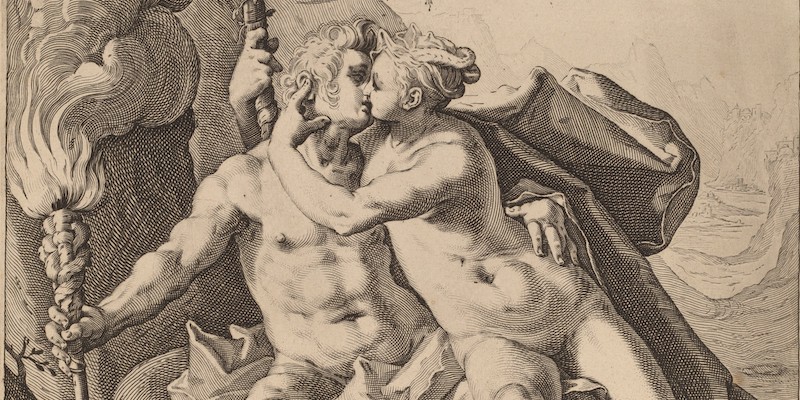 The Author of Lost & Found Considers the Story of Anteros

In classical mythology, Eros had a younger brother, Anteros—the god not of love alone but of love requited. The story goes that the infant Eros was sickly and weak, and so, on the advice of one of the Titans, Aphrodite bore another child to keep him company. After that, whenever Eros was alone, he grew listless and ill, but whenever the two boys were together, they thrived. Once they reached adulthood, Eros became eternally associated with the more harrowing aspects of falling in love: with longing, with absence, with thwarted passion.

His chosen means of inflicting desire—arrows, fires, fevers, hammers, hurricanes—were coercive and painful, and everywhere he went, he sowed mischief and chaos. (According to some accounts, he caused the married Helen to fall in love with Paris, thereby helping to trigger the Trojan War.) By contrast, Anteros was loyal and tender, except when avenging mistreated lovers. Conceived to keep his brother from being lonely, he went on to protect others from the same fate.

An enigmatic figure even in his own time, Anteros has vanished almost entirely from our collective memory of the ancient pantheon. That is a telling elision; we no longer animate, literally or figuratively, the experience of requited love. Yet it is there that all of our romantic happiness lies— because, as the reputation of Eros makes clear, love experienced alone is not a pleasant thing. If its many chroniclers from the time of the Greeks to the present are to be believed, the longing for someone else, when unfulfilled, is primarily a destructive force, dangerous for the lover and potentially just as bad for the rest of the world.

Requited love is the opposite of that. Overall, if not at every moment, it is sustaining, generous, exhilarating, and fulfilling. But, like Anteros, it is largely overlooked in our culture, victim of the general consensus that happiness is pleasant but uninteresting. “Happy families are all alike,” Tolstoy declared, famously and dismissively, at the beginning of Anna Karenina; “every unhappy family is unhappy in its own way.” It is a wonderful novel, but a very strange claim.

For one thing, Tolstoy’s contention is at odds with experience. By age nine, I knew how dramatically my own happy family differed from that of one of my best friends, whose parents were devout, outdoorsy, slightly crunchy, and so constitutionally tranquil that their prevailing conversational tone was the murmur—a familial ecosystem as different from my own nerdy, rowdy, ebullient one as a tidepool is from a tropical rain forest. For another, it is at odds with logic. In what possible ways, for what possible reasons, would unhappiness be more rich and varied than its antithesis?

As often as not, anguish is produced by the eradication of joy, so that the one can hardly be more specific and interesting than the other; and as for mere everyday misery, that generally takes the form of a long and tedious bleakness. What Simone Weil wrote of evil is also true of suffering: the imaginary kind may be “romantic and varied,” but the real kind is “gloomy, monotonous, barren, boring.”

Despite all this, happiness routinely gets not only less attention but also more criticism than its opposite number.

Contemporary thinkers sometimes dismiss it as a shallow fixation of modern life, but to condemn it on those grounds is to mistake it for proximate but different phenomena—either superficial forms of itself, like amusement and pleasure, or superficial means of trying to achieve it, from substance abuse to so-called retail therapy. Aristotle, by contrast, regarded happiness as the “supreme good,” and understood it as something less like transient gratification than like full human flourishing, inextricable from thoughtfulness, inextricable from virtue.

The implication is that happiness is a static state, with nothing much to be said about it, and that love, once you’ve found it, becomes boring—or, worse, becomes something that isn’t really love at all.

You might imagine that, however much happiness is sidelined elsewhere, it would at least play a central role in love stories, but that is seldom the case. Instead, the vision of love in literature is often bleak, emphasizing (as Tolstoy did) suffering over gladness, turbulence over contentment, and tragedy over romance. There are plenty of exceptions to this rule—from Austen and Balzac to fairy tales, rom-coms, and romance novels—but even where the vision of love is rosier, the focus is generally on obtaining it, not sustaining it: “happily ever after” is the ending, not the story.

The implication is that happiness is a static state, with nothing much to be said about it, and that love, once you’ve found it, becomes boring—or, worse, becomes something that isn’t really love at all. This is an ancient and persistent notion: that romantic love is really just desire, and desire is always a longing for something you don’t already have. That’s why most love stories tell us so much about searching for love yet so little about what it is like to finally find it. Boy meets girl, boy loses girl, boy gets girl: even in the upbeat version, the tale ends with the getting, precisely at the moment when most of us believe love really begins.

Writers of romantic stories, in other words, generally dwell on love’s beginning or on its end but largely neglect its middle—which, per our general lack of interest in happiness, they seek to make as short as possible. But actual lovers do the exact opposite: they seek to make the middle as long as they can; they wish it would go on forever. As that suggests, and as anyone who has ever been in love knows, it is, in fact, perfectly possible to desire what we already have.

I have longed for C. when she is right there in the same room with me but annoyed or distracted; I have longed for her when she is out of town and I’m having a lousy day; I have longed for her when she is asleep in my arms and I am in the grips of existential dread, desperate to keep having her, unable to stop worrying about losing her. Requited lovers don’t suffer from a lack of desire, only from a fundamental change in its form. We do not desire the new, that default yearning of contemporary culture. We desire only more of the same. Here is Robert Frost, capturing the feeling perfectly, in a little poem called “Devotion”:

The heart can think of no devotion
Greater than being shore to the ocean—
Holding the curve of one position,
Counting an endless repetition.

I have thought of those lines more often than I can say, at night when C. and I are curled up in bed together, her body wrapped around mine, her long fingers holding mine against my heart, or on mornings when I wake up to her magic eyes and bright morning cheer and smile through my sleepiness. All I ever want is this, I think in those moments and countless others, over and over and over again for a hundred thousand years. That is the essence of requited love and, surely, the luckiest of all conditions: to wish only for what we already have. 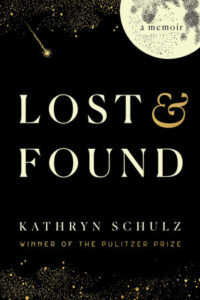 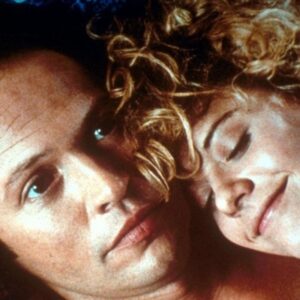