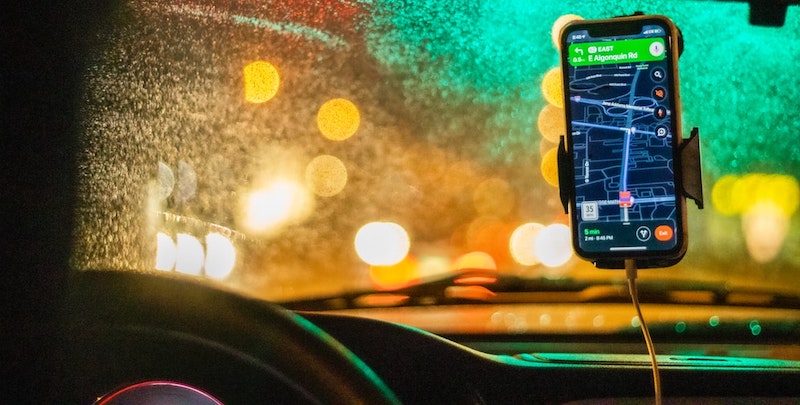 There are so many ways to die, but only a few of them are as thoroughly modern as death by GPS. Death by rampaging bat virus (for instance) is medieval in tone. It has always been part of life on Earth for humans. But death by GPS is completely new—we invented it.

In short, a hapless driver follows a blue cursor as it skims across a screen, but he doesn’t notice that the road ahead of him—the actual road—is ending. It’s the sort of thing you saw happen once to Wile E. Coyote in a cartoon—he drives off a cliff, suspended in the air for a moment before plummeting into the canyon below—except that it actually happens to people, and often enough that the phenomenon now has a name.

This is death by a glitch, by the cold scatter of electrons—by zeros and ones. Like an episode of Black Mirror, the machines in our pockets and on our dashboards revolt against us, but in a sly way—even to the last second, a human can override the outcome.

The stories are so numerous that I can’t even keep them in my head anymore. It’s the speed at which the tool suddenly becomes the weapon that surprises me. As a species, we congratulate ourselves for eradicating deadly diseases like smallpox—for no longer dying of a treatable bacterial infection like tuberculosis, or yellow fever—only to die because our smartphones lead us up into the mountains on an unfinished road and then leave us there as a blizzard dumps twelve feet of snow on us. And we, obedient dogs, follow unquestioningly. Our tails, like tireless metronomes, never even stop wagging.

This is death by a glitch, by the cold scatter of electrons—by zeros and ones. Like an episode of Black Mirror, the machines in our pockets and on our dashboards revolt against us.

For a 2017 study, researcher Allen Lin attempted to organize deaths by GPS and look for patterns in the data. He built a database of more than 150 incidents, and found two distinct kinds of death by GPS. More than half of all deadly events were caused by incorrect or missing data in GPS databases. In these cases, a ferry line might appear as a road instead. The clearance height of a bridge might be incorrect. A GPS device might suggest an unfinished and unmaintained road that once appeared on a map, penciled in and provisional, but was never real. Those roads—future roads and almost roads and never roads—can be deadly.

The possibilities—the countless ways a system can fail—are equal to the incredible degree of trust we put in our devices and the Wizards of Oz behind them, crouched behind the curtain.

But that trust is misplaced.

Research has shown that following GPS directions reduces activity levels in brain regions that govern spatial awareness. For instance, when we follow turn-by-turn GPS instructions, the hippocampus, a brain structure involved in learning and memory, is quiet and inactive. Under normal circumstances, the hippocampus helps us to form an inner mental map of our surroundings, known as a cognitive map, which we use to understand our environment and then to navigate through it.

No activity in the hippocampus means no cognitive map. In those moments, the computational work of the hippocampus is being done instead by a swarm of electrons, by satellites, by zeroes and ones.

In a 2020 study, Harvard University researcher Louisa Dahmani quantified the toll GPS use takes on our spatial abilities. What she found was surprising—and concerning. First, Dahmani recruited her subjects and quizzed them on their GPS habits; then, she sent them into a virtual environment and asked them to navigate it. When Dahmani asked subjects to draw a bird’s-eye map of the virtual environment, the most dedicated GPS users produced less informative maps. Since GPS maps show us fewer landmarks, we become trained over time to actually notice fewer landmarks in the real world. Our brains become lazy.

We need landmarks. They help us to form cognitive maps—which then allow us to take a shortcut, or make an unplanned detour to bypass construction. Without them, we are lulled into non-thinking obedience by the zeroes and the ones, our eyes fixed on a screen floating in the darkness. We obey instructions that send us plummeting from bridges, or driving into the ocean, or across a non-existent bridge, like Wile E. Coyote.

Dahmani found that heavy GPS users are much likelier to rely on step-by-step instructions. They want to be told turn left, turn right, now turn left again, and so eventually this is how they learn to navigate all environments. But this isn’t really navigating.

Ultimately, it’s what leads to death by GPS incidents.

Are there ways to make GPS safer? Some scientists think so. In a 2021 paper, a research group at Microsoft described augmenting GPS navigation with sound—in other words, creating soundscapes to navigate by. The result is an iPhone app called Soundscape, which was originally developed to help visually-impaired people navigate.

Navigation is just difficult, says Mar Gonzalez-Franco, a principal researcher who is part of the Microsoft team that developed Soundscape. “It’s a hard, tough, learned skill. We even have a specific part of the brain for it—for memory—and the fact that we are delegating it to our phones is bad. The problem is that we become zombies to these GPS tools.”

Instead, she sends subjects into both virtual and real environments with a smartphone that emits an auditory beacon—a regular, pleasantly Jetsons-like, ping that acts as an audio target. If a Soundscape user gradually begins to drift off course and move away from the target, the ping grows quieter and less distinct. If the user corrects her trajectory, the beacon signal returns, louder once again. It points the way through space.

By following an auditory beacon, users reengage with their surroundings. They take an active role in navigating—no longer a Wile E. Coyote plummeting from a missing bridge. As a result, their cognitive maps are richer and more detailed. When Gonzalez-Franco asked subjects who navigated via an auditory beacon to point to the different landmarks in their environment, they outperformed subjects who relied on GPS alone to navigate. In other words, they created significantly better and more informative mental maps than the GPS users. Similarly, when she asked subjects to draw a map showing the position of landmarks in relation to one another, the maps were more accurate than those drawn by GPS users.

Perhaps this is the future of GPS, says Gonzalez-Franco.

“I think traditional GPS not only stops the use of hippocampus functioning, but also the frontal cortex decision making process,” she says. With an auditory beacon, pinging at us, guiding us through a three-dimensional environment, we still have to make numerous small decisions about precisely how to reach our target.

“We don’t really need to give up completely on the GPS,” she says. “We can make GPS forms that are more engaging.”

In the process, with each turn and carefully weighed decision—one ping at a time—we can gradually build ourselves a map, and perhaps that map can set us free. 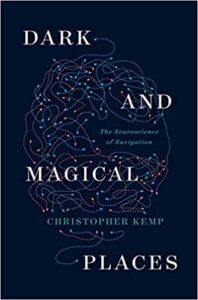 Christopher Kemp is a molecular biologist specializing in neurodegenerative diseases at Michigan State University. He lives with his family in Grand Rapids, Michigan. 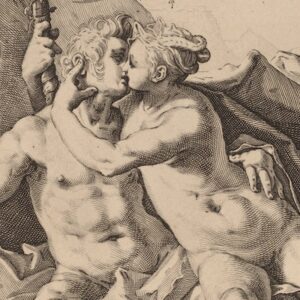 In classical mythology, Eros had a younger brother, Anteros—the god not of love alone but of love requited. The story goes...
© LitHub
Back to top
Loading Comments...