Historian Alan Mikhail on Islamophobia Then and Now

Susan Sontag implored us some 40 years ago to resist empowering disease with meaning. In writing fiercely about her own cancer, she conceptualized universal insights from her personal experience, excoriating our collective blaming of the victims of disease. In the era of Covid-19, many have turned to Sontag’s writing about cancer and then AIDS. Moving in a somewhat different direction, we can see in her ideas fruitful ways for thinking about the deep historical threads of our current geopolitics of disease and blame.

Donald Trump’s imputing of the coronavirus to China, the WHO, and Asian Americans traffics in the tried and true tradition of ascribing disease to outsiders, one’s perceived enemies, or the weakest among us. The two main others of Christian Europe, America’s progenitor, were historically Jews and Muslims. For centuries, Jews stood as the West’s largest internal non-Christian minority. Periodic plague epidemic in cities throughout Europe often became outbreaks of anti-Semitism, with bloody attacks on Jewish neighborhoods as sources of disease.

Europe’s other great other, Muslims, represented a different kind of threat. Unlike Jews, Muslims ruled states on the European continent—in Spain and the Balkans—and across the Mediterranean. With external political backers, Europe’s internal Muslims stood as a potential fifth column. Christian Europeans understood the relationship between Islam and disease through a notion of “Muslim fatalism”—the idea that believing Muslims put all their faith in God, even against reason, and therefore were more willing to “accept” a disease outbreak as fate and hence to die. Jews originated disease and Muslims tolerated and thus spread it. Deeply ingrained in the European Christian psyche then is a notion that these minority populations bear responsibility not only for Christian death but for their own communities’ fates as well.

Longstanding stereotypes prove hard to shake, and bias passed down from generation to generation, no matter how fantastical, knows ways of becoming truth, even as it appears in different guises. Today we are sadly replaying a version of the notions of both Jewish infection and Muslim fatalism. Consider some of the particular ways Muslims are viewed now during the coronavirus.

Periodic plague epidemic in cities throughout Europe often became outbreaks of anti-Semitism, with bloody attacks on Jewish neighborhoods as sources of disease.

Importantly, it is both Muslims and non-Muslims who see Islam as somehow a more potent disease vector than other religions. Iran, for example, blamed the country’s initial Covid-19 outbreak on visitors to a shrine in the city of Qom. India’s anti-Muslim government has set its sights on mosques and other Muslim gatherings, using the pandemic as a pretext to further its discriminatory policies. The language used around Muslim refugees now on Europe’s borders or about the Rohingya in Burma and India—two populations extremely vulnerable to infection—describes Muslims as diseased hordes, as a contagion. Perhaps predictably, Trump too added his voice to this chorus. At one of his virus briefings just days before this year’s Ramadan, he defended his promotion of a Tweet that mosques should be targets of measures to ensure social distancing “because they go after Christian churches but they don’t tend to go after mosques.”

The long view of geopolitics and deeply held western views of Islam helps to explain why Muslims are being regarded in this way during the coronavirus. Medieval Europe’s perceptions of Islam as both an internal and external enemy, Muslims as a potential fifth column, remain with us. It has today gone global, in fact. For decades now, and each for their own particular reasons, the governments of the United States, China, the Philippines, Australia, and many countries in Europe and Africa, have targeted Islam and their own Muslim communities as a singular threat, frequently as possible terrorists with allegiances beyond the nation. The vilification of a community can take many forms. Given the times, associating it with disease is our fare once again.

In medieval Europe, Christians often blamed Jews for plague outbreaks. This deep anti-Semitic trope echoes today in how Orthodox Jewish communities are often portrayed as tightknit communities where diseases easily propagate. As we have all learned so well over the past months, any group of people, religious or not, “essential” or not, is liable to spread the coronavirus. No religion is unique in this regard. Churches from Seoul to Sacramento spread coronavirus in their communities. A gathering at a synagogue in New Rochelle likely sparked the first major outbreak in the New York area. And should it go ahead this summer (there are rumors it will not), this year’s annual hajj to Mecca and Medina will be a global super-spreader event of immense proportions. Religions thrive on social proximity, not distance, a problem in the age of Covid-19.

Global shocks of the sort we are living through today often make visible the fault lines that previously were not. This is a potential ray of light during these dark days—an opportunity to see some deep-seated prejudices that usually lurk beneath the surface. Whether or not we seize this opportunity, even in a moment of crisis, especially in a moment of crisis, is up to us as citizens of individual nations and of a world where ideas and viruses know no bounds. Disease, Sontag writes, derives from “the very concept of wrong, which is archaically identical with the non-us, the alien.” May the us triumph over the non-us. May we name prejudices, resist empowering them with metaphor and politics, and defend against such divisions shaking the foundations of our societies. May we not allow the scourge of coronavirus to lead to a scourge against Muslims, Jews, Asian Americans, Black Americans, or anyone else. History, Sontag’s archaic, does not recommend optimism. Perhaps we can be different.

A leading historian of his generation, Alan Mikhail, professor of history and chair of the Department of History at Yale University, has reforged our understandings of the past through his previous three prize-winning books on the history of the Middle East. In writing God’s Shadow, he has drawn on Ottoman Turkish, modern Turkish, Arabic, Spanish, Italian, and French sources. He lives in New York and New Haven, Connecticut. 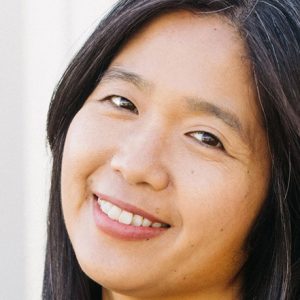