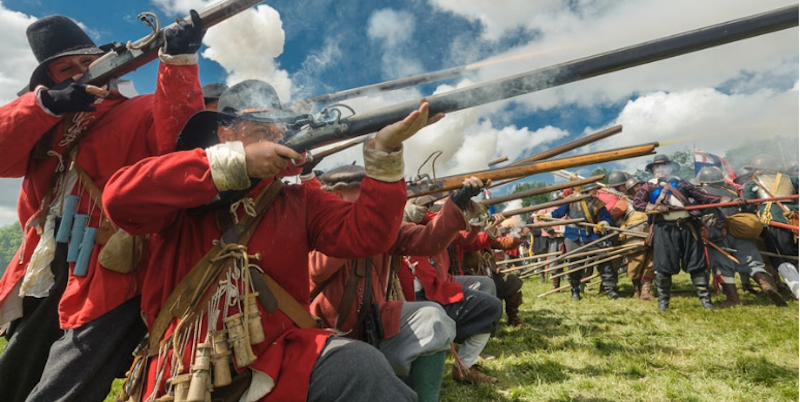 Today, the Sealed Knot is a group of harmless obsessives dedi­cated to historical re-enactments of Civil War battles. They thrill tourists and, owing to their rigorous attention to the details of period clothing, kit and weaponry, their activities are of occasional value to historians of early modern warfare. The historical Sealed Knot was the most important Royalist orga­nization to emerge during the Protectorate. Edward Hyde, who at the time was with the king at his court in Paris, was notified of the collective title of this new grouping in a report, dated February 2, 1654, from one of its leaders, Edward Villiers: “The sealed knot still meet, with an intention to design somewhat.” Charles had been in contact with at least three of its prospective leaders as early as November 1653. In the coded language of business which he adopted in conspiratorial missives, he had written of his longing for the Sealed Knot to “make another venture in trade.”

The Sealed Knot was a “conspiracy of younger sons.” All its leaders were second sons or younger, with little land but many years of life to lose. Adventurers and risk-takers in their youth, with solid Civil War records, they tended to be ideologically and intellectually shallow. All but one of them was from the Puritan stronghold of East Anglia, a geographical imbalance that would prove a problem, since they lacked a representative from the Royalist West Country. Beauchampe, the leader of the Western Association, could have played that role, but he was to die in 1654.

John, Lord Belasyse of Worlaby, was the only Catholic among the six (his father had married into a recusant family and con­verted). He was also the only northerner, and, therefore, a potentially important link to the well-organized recusant Royalist families of the north. Shot in the head during the assault on Bristol in 1643, he had recovered to reorganize the king’s forces in Yorkshire, before being decisively defeated by his cousin, the Lord General Thomas Fairfax, commander in chief of the parliamentary forces, at Selby in April 1644. For his services to the king’s cause he was raised to the peerage.

Belasyse was in many ways the embodiment of the nation’s divisions. He was the second son of the fiercely Royalist Thomas Belasyse, 1st Baron Fauconberg, and yet his nephew, also Thomas, who succeeded to the Fauconberg title in 1653, was to marry Mary Cromwell, the Protector’s youngest daughter, in 1657. And he was related not only to Fairfax, but also to John Lambert. Such were the complicated ties and divided loyalties that led to dilemmas and difficult choices—and opportunities—for country families in a fragmented nation. While exiled on the Continent, Belasyse’s many adventures included an audience with the pope. On his return to his estate in Yorkshire in 1650, he found himself arrested on the orders of the Council of State. The period of imprisonment he served would have one positive aspect: Belasyse had been Charles Stuart’s first choice to lead the northern English forces in the southbound invasion of 1651, but his captivity meant that he played no role in that disastrous campaign.

Henry Hastings, Lord Loughborough, was somewhat grander. The son of the 5th Earl of Huntingdon, scion of a powerful Leicestershire family, he was the only other peer among the Sealed Knot’s leadership. Like Belasyse, he was a veteran of both Civil Wars, lauded in particular for his efforts in the relief of the siege of Newark in 1644 and the extraordinarily prolonged defence of his father’s house at Ashby de la Zouch, which became a thorn in the side of parliamentary forces in the East Midlands, holding out until February 1646. Loughborough had escaped from Windsor on the very eve of Charles’s execution, eventually settling in Rotterdam. He returned to England sometime late in 1652.

The Sealed Knot was a “conspiracy of younger sons.” All its leaders were second sons or younger, with little land but many years of life to lose.

William Compton was the militarily precocious son of the 2nd Earl of Northampton, whose devotedly Royalist family, with extensive lands in the south Midlands counties of Warwickshire and Northamptonshire, was unusually unaffected by Civil War divisions. At the age of just eighteen in March 1643 he had accompanied his father into battle and seen him killed. By the time of the Second Civil War, he had become a major general. Beguiling and brilliant, he was said even to have charmed Cromwell, who called him the “godly cavalier.”

Unlike Compton, John Russell, the third son of the 4th Earl of Bedford, with estates in Devonshire, came from a bitterly divided clan. Before his death in 1641, his father had been a leading parliamentary opponent of Charles I. Russell, however, siding with the Royalists, had commanded Prince Rupert’s regiment of foot and been wounded at Naseby in 1645. His intimacy with those on both sides of the struggle gave him some scope for developing contacts with “neutral” opinion.

Providence Lost by Paul Lay has been shortlisted for the 2020 Cundill History Prize.

Edward Villiers, Hyde’s principal contact among the Sealed Knot, was the fourth son of the half-brother of the Duke of Buckingham, Charles I’s ill-fated favorite. He was related to the powerful Howard family, the earls of Suffolk, having married Frances, the earl’s second sister. Wounded at Newbury in 1643, he, too, had fled to the Continent in 1649 to return three years later. Villiers had served at the Siege of Newark in 1645–6 under Sir Richard Willys, the final member of the Sealed Knot, whose fidelity to the Stuart cause would, in time, be questioned.

Born in Hertfordshire to a Fenland lawyer around 1614, Willys, the only commoner among the group, had abandoned a legal career to become a soldier. He had fought the Dutch at Breda in 1637, had taken part in the Bishops’ Wars, the prelude to the First Civil War, and been a member of Charles I’s personal guard. He distinguished himself again at Shrewsbury in 1642, this time in the service of Prince Rupert’s cavalry. Captured and exchanged, he became governor of Newark in 1645, from where his feud with Lord Belasyse, his fellow member of the Sealed Knot, began. It appears that Willys disobeyed the instructions of Charles I when he welcomed Prince Rupert, who was then in the king’s bad books, to Newark. For his actions, Willys was replaced as governor by Belasyse, whom he then challenged to a duel. He was eventually pardoned by the king and created a baronet in 1646, though he did not stay around long, heading instead for a leisurely exile in Italy.

Whatever the state of their personal relationships, the six were judged “fit and faithful persons,” of good breeding, from estab­lished county families, “who had had the most eminent Charges in the war.” As former military men, they were suspicious of reckless schemes. “Known to none but the marquis of Ormond and to the chancellor,” their avowed intent was to wait for the “first rational opportunity” to strike at the regime. Hyde tried to maintain as much direct control over the Royalists in England as was practical. He and the six members of the Sealed Knot were determined to “discourage absurd and desperate attempts.” They would wait patiently for the right time for a general, nationwide uprising. The king, with no viable alternative, “consented to all they proposed.”

They would wait patiently for the right time for a general, nationwide uprising.

The relationship between the canny and elusive Armorer and chancellor Hyde, in whom he had at first aroused suspicion, promised to bear fruit. They were a sober pairing, unlike the reckless Royalist conspirators of the summer of 1654—the move­ment’s “lunatic fringe”—who fulfilled all the negative stereotypes of the gaming, drunken Cavalier, demonstrating in two separate plots the liabilities of unfocused, gossipy conspiracy. Principal among them was the “swordsman” Roger Whitley, an energetic veteran of Worcester, prodigious diarist and compulsive plotter, goaded in his antics by the increasingly erratic Prince Rupert and the aggrieved and marginalized Marmaduke Langdale. Out­side the control of the Sealed Knot, Whitley’s fellow conspirators had met from early 1653 in the Ship Tavern, near the Old Bailey, and vari­ous other London alehouses. From there they hoped to foment a riot among the City’s apprentice boys. Their “grand council” included a number of prominent Cavaliers, including—pos­sibly—the Sealed Knot’s Lord Loughborough (though he was later cleared of involvement). Their schemes were known to agents of the regime. John Thurloe, Cromwell’s secretary of state, who had recently taken on the responsibilities of spymaster, allowed their activities to smoulder before quietly being snuffed out. 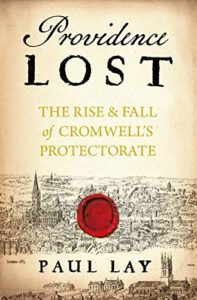 Excerpted from Providence Lost: The Rise and Fall of Cromwell’s Protectorate by Paul Lay. Copyright © 2020 by Paul Lay. Excerpted with the permission of Apollo Publishing. All rights reserved.

Paul Lay is Editor of History Today. He is a fellow of the Royal Historical Society and a trustee of the Cromwell Museum, Huntingdon. Providence Lost is his first book published by Head of Zeus. 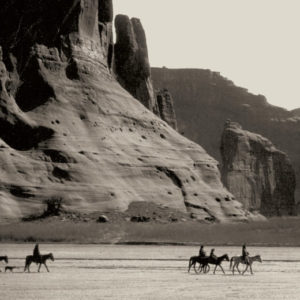