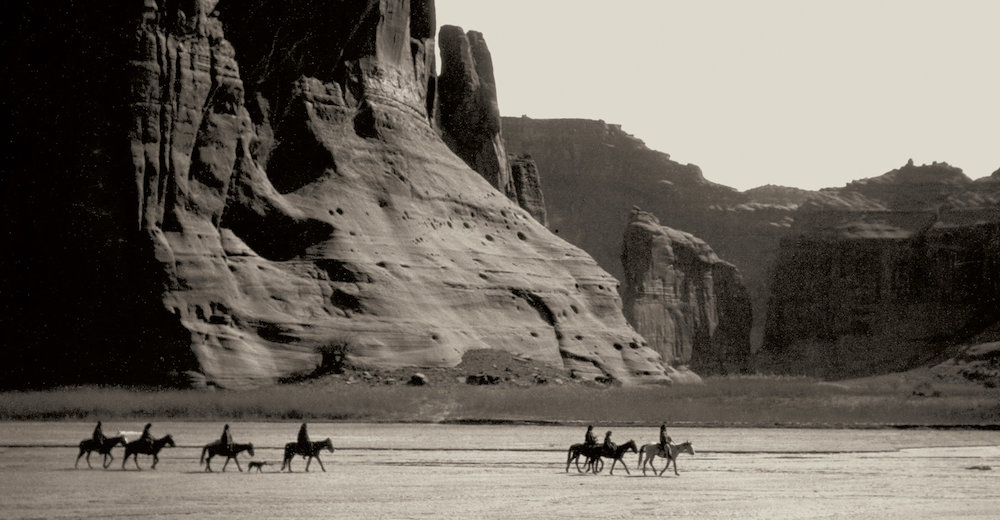 –composed by a Choctaw while emigrating to the West, 1831
*

From George Gibson’s boarding room in the house of Henry Huntt, President Jackson’s personal physician, it was a short walk across the South Lawn of the White House to the commissary general’s office, which occupied five rooms on the second floor of a brick tenement building at 17th and G streets, just across the street from the War Department. The commute was perhaps slightly longer for Gibson’s five clerks, who crossed ditches, passed over stretches of weeds and rocks, and cut through empty fields, before climbing the stairs to report for work. The capital city’s grandiose but still unrealized design reflected the ambitions of the expanding nation, even if some visitors were unimpressed. “Its seven theoretical avenues may be traced,” scoffed a British tourist, “but all except Pennsylvania Avenue are bare and forlorn.” Only a “few mean houses,” the sheds of the navy yard, and three or four “villas” relieved the eye “in this space intended to be so busy and magnificent.”

The city must have made a different impression on native peoples. In the first fifty years of the Republic, one hundred seventy-four delegations from at least fifty-five different indigenous nations traveled hundreds of miles on horseback, by stagecoach, on steamboats, and occasionally by train to meet with the U.S. president and Congress. In the single month of February 1831, the capital hosted delegations of Cherokees, Creeks, Quapaws, Iroquois, Ho-Chunks (Winnebagos), Menominees, and Stockbridges. Gibson’s clerks perhaps spotted them at “public tables” throughout the city or drinking at the “very fine parlour at Gadsby’s,” a well-known tavern in Alexandria preferred by Menominee leaders.  These polyglot delegates from across the eastern half of the continent could not have failed to notice the contrast between their hometowns and the U.S. capital. Indigenous villages were composed of a few dozen log cabins or even less permanent constructions made of wattle, mud, bark, hides, or mats, depending on the region. There were no grand avenues, no brick buildings, and no bureaucrats. The commissary general’s office connected these two deeply intertwined but fundamentally distinct worlds.

The officers and clerks in the commissary general’s office labored under a fantastical vision of a “systematic plan of operations” that was simple and efficient and offered “complete accountability.” White people had “made all nature subservient to them,” crowed one officer. (The audience for this preposterous claim was the Creek leader Opothle Yoholo, who predicted that “white people also had their limit of prosperity” and that they would become extinct as “the nature of all things” sank away to ruin.) The clerks’ yellowed collars and cuffs and their daily trek past rotting carcasses through Washington’s empty fields did not dispel their fantasy of perfect mastery. Yes, deportation was “of a multifarious and complicated nature,” Gibson conceded. But that simply meant that the commissary general required “great assiduity”—the Bartleby-like diligence he prized so highly—on the part of the clerks in his office.

Their daily labors were mundane. The copying clerk did nothing but copy letters, a full-time job in the era before photostatic reproductions. (Across the street in the Indian Office, the copying clerk was two to five months behind schedule.) The chief clerk folded and endorsed papers, retrieved files as needed, and assisted in preparing reports and estimates. The bookkeeper, whose work was “unremitting,” kept all accounts. As the operation expanded into indigenous lands, clerks marched in the vanguard, whether in Washington offices or in remote outposts. In the Chickasaw Nation, they would soon be working six hours a day “in the best and most speedy manner” to sell off the land of the deported.

The clerks’ yellowed collars and cuffs and their daily trek past rotting carcasses through Washington’s empty fields did not dispel their fantasy of perfect mastery.

There were never enough of them. The supervising officer in Mississippi asked for two more clerks and a good draftsman. “A bungler I would not want in office,” he declared. Without “competent and industrious” clerks, another officer admitted, “we could not get along with our business.” In the late 1830s, a federal commissioner in the Cherokee Nation suggested that the two clerks working under him were insufficient to copy the “great number of books, registers, etc.” They were both “expert pensmen,” he said, but had “a heavy work” before them. Even the addition of two more clerks would not meet the challenge of duplicating the four payment register books (each five hundred pages), the judgement and spoliation books, the valuing books, and the vouchers, all of which swelled the labor “to an immense amount.” When no additional clerks materialized and paperwork continued to pile up, some officers threatened to resign; others relied on their wives to assist in copying letters.

Unworthy Republic by Claudio Vaunt been shortlisted for the 2020 Cundill History Prize.

The implements employed by Gibson’s army of scriveners were commonplace, though specific to the task: inkstands, steel pens, pen wipers, blotting paper, paperweights, pen racks and holders, pencil sharpeners, rulers, copying brushes, sealing wax, penknives, hones, pencils, erasers, blotters, leather-bound ledgers, letter books, and loose-leaf paper. With these tools, they produced hundreds of volumes, including “Weekly Reports of Letters Addressed and Referred to the Commissary General of Subsistence,” “Docket of Claims (Choctaws),” “Miscellaneous Records Concerning Contracts (Creeks),” “Decisions on Claims of Attorneys Against the Cherokee Nation,” “General Abstract of Valuations and Spoliations Allowed and of Balances Due,” “Ledger Recording Debts of Indians,” and so on, some cross-referenced with each other, others in triplicate, organized once by name, a second time by date, and a third time by account number. On the final page of four volumes of letters sent by the commissary general, an elated clerk wrote, “Finis—!!!”—a joyful exclamation, tempered by the fact that somewhere there was always another stack of letters to copy.

Their Sisyphean labor was a testament to the administrative ambitions of the Republic. The scale of the effort can perhaps be grasped by measuring the subset of “Settled Indian Accounts and Claims” that date to the decade of deportation in the 1830s and belong to the Office of the Second Auditor in the Treasury Department. If stacked atop the Statue of Liberty’s pedestal, they would surpass the height of her torch. The entire series of accounts and claims, covering the century between 1794 and 1894, would rise nearly twice as high as the Empire State Building. The paperwork was indeed monumental.

Their Sisyphean labor was a testament to the administrative ambitions of the Republic.

And consequential. It is not an exaggeration to say that Gibson and his clerks made life-and-death decisions. “Where medical aid shall become indispensable, you can procure it,” Gibson’s assistant J.H. Hook wrote to an officer supervising the deportation of the Choctaws. But the commissary general’s frequent admonitions against unnecessary expenditures discouraged officers from allocating funds to medical care. Medicines should only be purchased “when actually required or danger from sickness is apprehended,” advised Gibson. Officers were forbidden from acquiring full medicine chests and employing doctors, except in individual instances of illness or in case of epidemic. For the employment of a physician, warned the commissary general, there “must be the most satisfactory evidence of the necessity.” J.T. Sprague filed an invoice to be reimbursed for $35 for medicine he deemed necessary to keep native people “from perishing upon the road when sick.” The invoice was rejected and returned with an explanation: “The expenditure mentioned seems to have been irregular and the authority or propriety of having made it is not known.” The auditor left his initials and job title: “J.W.—Clerk.” 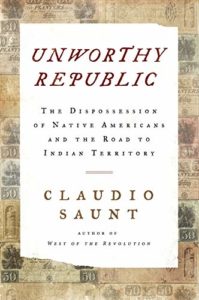 Excerpt from Unworthy Republic: The Dispossession of Native Americans and the Road to Indian Territory by Claudio Saunt. Copyright © 2020 by Claudio Saunt. Used with permission of the publisher, W. W. Norton & Company, Inc. All rights reserved.

Claudio Saunt is the Richard B. Russell Professor in American History at the University of Georgia. He is the author of award-winning books, including A New Order of Things; Black, White, and Indian; and West of the Revolution. He lives in Athens, Georgia. 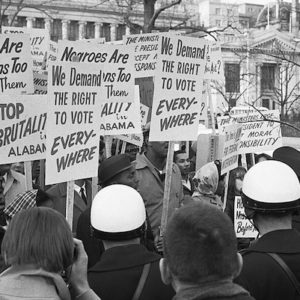 On May 13, 1902, the Guardian sponsored a rally at Faneuil Hall in support of the Fourteenth Amendment and congressional...
© LitHub
Back to top
Loading Comments...