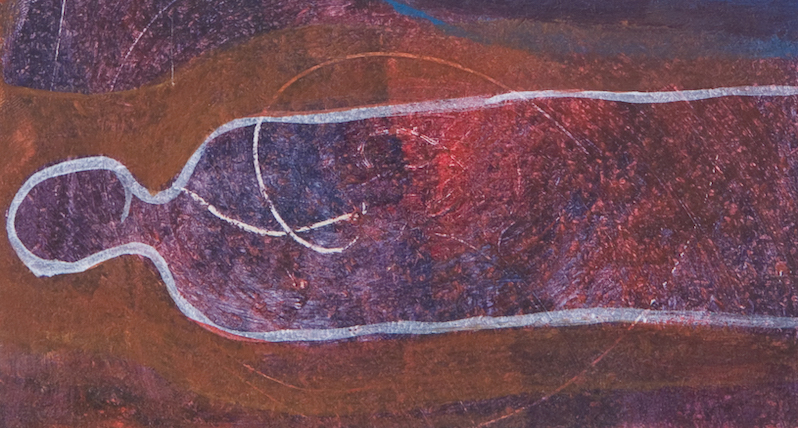 A Poem by Zoë Hitzig

Who lords this list anyway. Whose lists is
the lord of this list on. Eighty days of next
on the list after a lifetime of lists. Of

strip-mined tar sands + petrified dunes.
Creasing the terrain of your forehead.
Behind which blinking synapses wait.

headlights. Color-coded weight cresting toward
some walled-off core. Machine that gives
+ receives. The city (your body) is full of division.

from the just-dead soldier. Rewired
stand-in for the melting circuit on the fuse box.
Snug cavern for the exiled apostle—

your hand now, fingers contorted around
your thumb like veins dodging behind
the vena cava, as the nurse announces the news.

off the curve of homeostatic indifference. The body
skids into a plane of infinitesimal mirrors. This still-
splintering stranger is our gift no more lists—

whose son is not tugging the gauze of your wife’s
moss-green dress as she lifts him onto your hospital bed.
The other father whose son’s body the slow moss

arranges to cover. Body in surrender. To surrender
is to empty oneself of allegiance. So that all sums
are zero-sum. So that the moss may take its place. 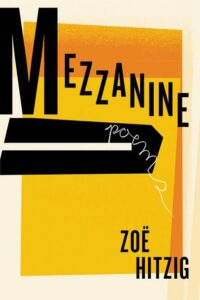 Excerpted from The Mezzanine by Zoë Hitzig. Reprinted with permission of the publisher, Ecco Books. Copyright © 2021 by Zoë Hitzig.

Zoë Hitzig is the author of Mezzanine and a PhD candidate in economics at Harvard. Her poems have appeared in Paris Review, The New Yorker, Harper's, Lana Turner Journal and elsewhere. She has published essays and criticism in WIRED, New York Review of Books, BOMB and Prac Crit.
Share: 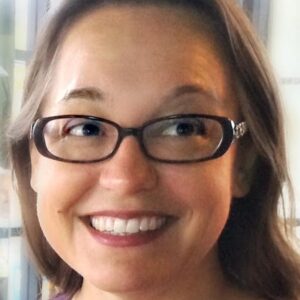 Jenny Lawson on (Dark) Humor as a Conduit to Compassion In this week’s episode, Kendra talks with Jenny Lawson about her most recent book, Broken (in the Best Possible Way), which...
© LitHub
Back to top
Loading Comments...