Sumbul Ali-Karamali in Conversation with Andrew Keen on Keen On

In this episode, Andrew is joined by Sumbul Ali-Karamali, the author of Demystifying Shariah: What It Is, How It Works, and Why It’s Not Taking Over Our Country.

Sumbul Ali-Karamali: Islam was born in the 7th century, and it was born in what is now Saudi Arabia, so obviously there weren’t any Muslims at that time in Europe. And so Europeans saw this faraway phenomenon of a new religion being born. They thought of it as a cult religion, which all religions think religions that come after them are cult religions, false religions. So they thought of Islam as a false religion. Islam spread fast, and so they were understandably afraid of it. But there was no contact, really, except on the battlefield.

And so in European historical tradition, there grew up this huge mythology of tall tales about Muslims and Islam. Muslims were characterized as having purple skin or blue skin or black skin. They were called the Antichrist, demons, all sorts of mythical, horrible, monster-like things. And that attitude has infused our historical narratives, our arts and culture, what we see now in film and in current events and in television. It’s just really those same old historical attitudes and stereotypes that are being played out in the modern world.

Sumbul Ali-Karamali is a Muslim American who grew up in California, answering questions on Islam ever since she can remember. After becoming a corporate lawyer, she earned an additional degree in Islamic law. She specializes in synthesizing academic material for general audiences and is the author of The Muslim Next Door and Growing Up Muslim. A popular speaker on topics related to Islam and Muslims, she hopes to promote intercultural understanding with her work, at least when she’s not watching Star Trek reruns, listening to opera, or (reluctantly) white-water rafting with her husband. Connect with Sumbul on her website: www.sumbulalikaramali.com.

The Science (and Science Fiction) of Cryonic Preservation 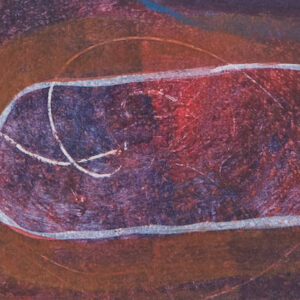 Who lords this list anyway. Whose lists is the lord of this list on. Eighty days of next on the list after a lifetime of lists....
© LitHub
Back to top