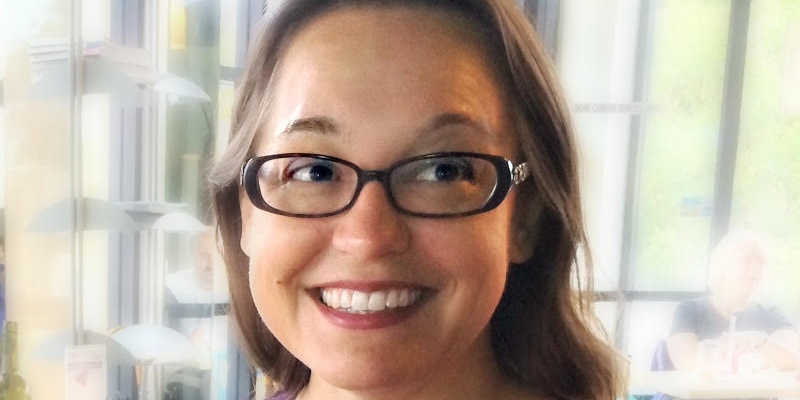 In this week’s episode, Kendra talks with Jenny Lawson about her most recent book, Broken (in the Best Possible Way), which out now from Henry Holt.

Kendra: Broken is your latest book. You’ve already written two books, and I’m sure each book presents new challenges. So what was the challenge that you experienced writing this particular one?

Jenny: I think the hardest thing on this—it was a couple of things. One was that I hit some very, very deep depressions when I was writing this book, and when I am depressed, I cannot write. Typically my depressions will usually last for a few days, but I have some that lasted for months. So I would have these periods of time where I would just be like, what is the point of my life if all I could do is just sit on the couch and survive the day? Of course, depression is lying to you and telling you that you’re a failure and that you’ll never be good again. And so I tried to not listen to those voices in my head. That was a big challenge.

One of the things that I write about in Broken is when I got really, really, really low and decided to do a repetitive transcranial magnetic stimulation. I was in such a dark place. I was like, I need to do something because I have treatment-resistant depression, and that just basically means that I tried all of the medications and all of the therapies—and they help; thank god for medication—but it’s not enough for me. When I started doing TMS, I was like, well, I guess if nothing else, it’ll be something to write about. And it was! So I think part of it was actually getting into the mental ability to write.

The other thing is, I have a bit of a problem with whatever it is I’m writing about, I have a tendency to sort of self immerse. And so sometimes I would want to write about depression or anxiety. And my books are humor books. I want people to like them and think they’re funny. Even if they don’t have any of the things that I talk about, I want them to still be like, “Oh, this is still funny. This is still interesting.” But when I am writing some of the more serious stuff about mental illness, sometimes I can feel myself being pulled into either. If you write about anxiety, sometimes it can cause you to have an anxiety attack, or same thing with depression; if you write about it for too long, sometimes you can find yourself falling into those pits. So that was a big thing. It was just giving myself time to be like, it’s okay if you have a couple of months where nothing happens. I was so behind—I mean, years behind on my deadline. But luckily my editor is so kind and understanding and was just like, “You know what, it will be ready when it’s ready.” And she was right.

Kendra: I really appreciate you talking about depression so frankly and talking about your treatment. I was thinking when I was listening to it about Carrie Fisher’s memoirs, particularly Wishful Drinking. And then the second memoir, where she talks about having electric shock therapy. Is that right? And her just being very honest about this is where she was at, and this is what she needed. Here are the common misconceptions about this. And she was also very funny while talking about a very serious topic. I imagine there’s a sweet spot that you’re trying to hit with these things.

You mentioned how you also want to keep the books funny. There’s this quote, “We tell ourselves stories in order to live.” To me, it’s like, “We tell ourselves jokes in order to live.” I am one of those people who has a very dark sense of humor because of my disability and chronic illness. It’s like, asking my spouse to go to the grocery store, and while he’s there, “Can you pick up death for me? That would be great.” And he’s like, “They’re all out. What else do you want?” I’m like, “Well, I’m not in the mood for eternal torment. So what are my options like?” That’s the kind thing we have. For you, can you describe the role of humor in your life and how you came to find that and how that’s helped you with your writing and mental health?

Jenny: You know, there’s something about laughing at the things that are monsters that make them smaller and more manageable. It makes things easier for me if I can laugh at them when it comes to mental illness or dealing with arthritis or dealing with all of these different things that are hard and difficult to deal with. Not only does it make it easier for me to laugh at them, but I think it also makes it more—I don’t want to say relatable, but it makes it where everybody can get a little bit on board. So if I write about some of the darker subjects but I’m able to put humor into it, then a lot of people who wouldn’t necessarily want to read a book—who are like, I don’t have depression, I don’t have anxiety, I don’t have any of these things that you’re talking about—but if you make it funny enough or interesting enough, then suddenly they get into it. And they’re like, okay, this is worth it. I actually really am enjoying this.

I think that’s wonderful in a number of different reasons. But one of them is that I have had so many people who have come to me and said, I love your books, and I read them for years, and I didn’t have any of the same issues that you had. But years later, I did have depression or anxiety, and I was able to recognize it for the first time because I was like, oh, wait, I read that before. Or they love somebody who has those same struggles. And so it’s kind of an opening point where they can say, “Okay, wait. Here’s how she got through it. Maybe I can understand a little more.” When it comes right down to it, I write about my personal struggles, but everybody has their own struggles, and I think being able to write about it in a relatable, sort of funny way can open up compassion in other people. Because if I can make it funny enough, and people want to read it, then they may be like, “Oh, okay. I didn’t think this was real because I’ve never seen it in my life, but I guess it is real.” And then once you do that, it becomes easier to understand everybody else’s struggles because we’re all—every single one of us—has a struggle that may not be visible at all, but is absolutely real.

Jenny Lawson is an award-winning humorist known for her great candor in sharing her struggle with mental illness. She lives in Texas with her husband and daughter and was constantly “buying too many books” (“Not a real thing,” she insists), so she decided to skip the middleman and just started her own bookshop, which also serves booze because books and booze are what magic is made of. She has previously written Let’s Pretend This Never Happened and Furiously Happy, both of which were #1 New York Times bestsellers. She also wrote You Are Here, which inexplicably made it onto the New York Times bestseller list in spite of the fact that it was basically a very fun coloring book. She would like to be your friend unless you’re a real asshole. And yes, she realizes that this whole paragraph is precisely the reason she shouldn’t be allowed to write her own bio. 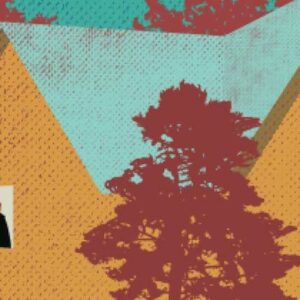 One of the themes of my new novel, Darling at the Campsite, is the relationship we have with our hometown and how that changes...
© LitHub
Back to top