‘The Lemons’
A Poem by Eugenio Montale

Listen to me, the poets laureate
move only among plants
with rare names: boxwood, privet and acanthus.
But I like roads that lead to grassy
ditches where boys
scoop up a few starved
eels out of half-dry puddles:
paths that run along the banks
come down among the tufted canes
and end in orchards, among the lemon trees.

Better if the riot of the birds
dies out, swallowed by the blue:
we’ll hear more of the whispering
of friendly branches in not-quite-quiet air,
and the sensations of this smell
that can’t divorce itself from earth
and rains a restless sweetness on the heart.
Here, by some miracle, the war
of troubled passions calls a truce;
here we poor, too, receive our share of riches,
which is the fragrance of the lemons.

See, in these silences where things
give over and seem on the verge
of betraying their final secret,
sometimes we feel we’re about
to uncover an error in Nature,
the still point of the world, the link that won’t hold,
the thread to untangle that will finally
lead to the heart of a truth.
The eye scans its surroundings,
the mind inquires aligns divides
in the perfume that diffuses
at the day’s most languid.
It’s in these silences you see
in every fleeting human shadow
some disturbed Divinity.

But the illusion fails, and time returns us
to noisy cities where the blue
is seen in patches, up between the roofs.
And the rain exhausts the earth;
winter’s tedium weighs the houses down,
the light turns miserly – the soul bitter.
Till one day through a half-shut gate
in a courtyard, there among the trees,
the yellow of the lemons is revealed;
and the chill in the heart
thaws, and deep in us
the golden horns of sunlight
pelt their songs.

A poem from this collection, “Bring me the sunflower…”, will feature on Knopf’s Poem-a-Day program on April 21, including a recording on translator Jonathan Galassi reading it. 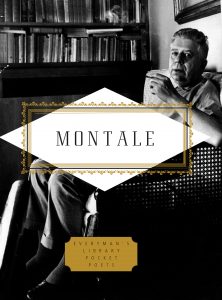 From MONTALE: Poems, by Eugenio Montale. With Translation and Notes by Jonathan Galassi. Published by Everyman’s Library, an imprint of the Knopf Doubleday Publishing Group.

Eugenio Montale (1896-1981) was an Italian poet, prose writer, editor and translator, and recipient of the 1975 Nobel Prize in Literature. He is widely considered the greatest Italian lyric poet since Giacomo Leopardi.

Jonathan Galassi is the president and publisher of Farrar, Straus and Giroux. He is the author of three poetry collections, including Left-handed: Poems (Knopf, 2012), and has published his translations of the Italian poets Giacomo Leopardi and Eugenio Montale. 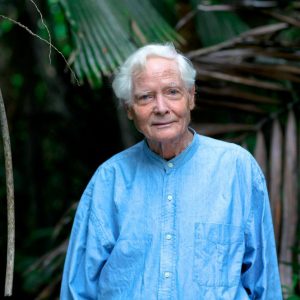