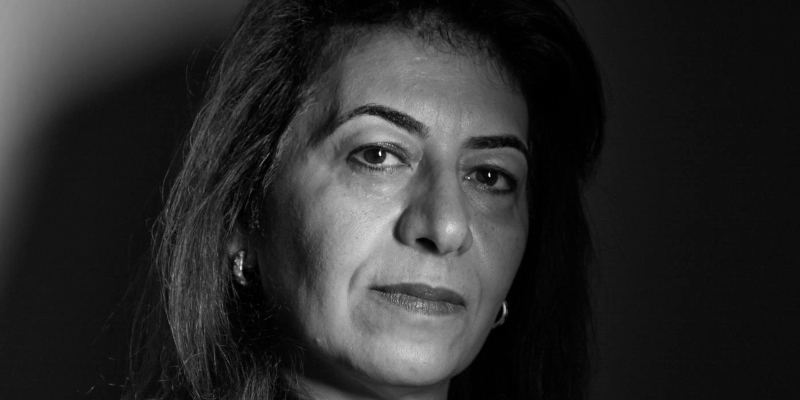 Poet, journalist, and novelist Dunya Mikhail joins hosts V.V. Ganeshananthan and Whitney Terrell to talk about the Yazidis, who are indigenous to Kurdistan and have been targeted by ISIS because of their religious beliefs. After ISIS slaughtered thousands of Yazidi men in northern Iraq in 2014—an event deemed an act of genocide by the U.N.—they kidnapped thousands of Yazidi women and children who were bought, sold, and traded as sexual slaves among ISIS fighters. Mikhail, who is Iraqi-American, previously wrote about the women in the National Book Award-nominated nonfiction book The Beekeeper. She discusses that book and its relationship to her new novel, The Bird Tattoo, which draws on some of the same histories.

V.V. Ganeshananthan: So, Dunya, you began your career as a journalist and a poet. Your early writing attracted the attention of the Iraqi authorities, and their desire to censor you led to you leaving Iraq permanently. Can you tell our listeners a little bit about your history as a writer and a refugee from that regime?

Dunya Mikhail: Well, I started writing very early, since childhood, but the first time I heard someone calling me a poet was in secondary school; my friends in the class were calling me the poet because I was writing poems as gifts for their birthdays. It was in college, actually, when I started thinking of myself as a writer. That was also when I realized that I really needed the freedom to write. It’s essential for any writer, and I wanted to be understood by the readers, but not by the censors, because that was dangerous, and they would get you in trouble. If not, they put you in danger.

So I use metaphors to hide my meaning, just like the core of an onion with all those layers, you know. And after graduation from the University of Baghdad, where I studied English literature, I worked as a journalist for the Baghdad Observer. Again, as a journalist, I felt the need to write freely about things, however complicated. Not only because of those essays or articles I was writing, but during that time, my text Diary of a Wave Outside the Sea was published and that really attracted the attention of the censorship department.

One of the censors came to my office in the Observer and interviewed me. He said “interviewed,” but it was like an investigation. Interrogation, let me say. Through friends, through links, they told me there’s a file and your writing is labeled and I needed to leave quickly. That was not easy because travel was not allowed and you had to have a leave of absence from your work, which was complicated. But in brief, I will say I was able to leave through poetry, because a friend in the passport office changed my profession into a poet, so—my passport is very unique. This story has lots of details, but, in brief, I felt like I was saved by poetry.

Whitney Terrell: You wrote about the situation of the Yazidi women in your 2018 nonfiction book, The Beekeeper, about a Yazidi man who works to free Yazidi women held captive by ISIS. The beekeeper character Abdullah returns in The Bird Tattoo, which is a novel. What was it like to come back to these facts and this character with the lens of a new genre? And why did you choose to do that?

DM: Yeah, well, I responded in all literary genres to this because it was so huge that I felt the need to respond in all genres. So when I first learned about what happened and that woman were put for sale in the market, my first response was in poetry, because that’s what I usually do. I’m used to responding in poetry. Then the journalist awoke in me and I started to investigate, to make interviews, and to try to make contacts or reconnect with my friends and relatives back home to understand more of what happened, and to check on them.

My call with the beekeeper really happened by chance, but that’s a longer story, which The Beekeeper book explained. But that call lasted, by the way, for a full year or more and that resulted in the book as nonfiction, because I felt it was important to let the world know that this actually happened and that it was stranger than fiction. So then, when I wrote that book, it was a big challenge, but it pushed me to a new territory as a writer. I always used to write poetry, but in prose, this time, all the research I did through these interviews resulted in one meeting with a particular woman that was not in that book, the Beekeeper book. I learned more and more about her after.

So this time, I wrote it as a novel. I felt the need, as if I wanted to liberate the captives artistically. I wanted to use my imagination along the way of telling their story. I felt this space was bigger for me. I was able to use even poetry, I don’t mean lines of poetry or language, but as an energy that that was there, I think, charging the novel with symbols and metaphors.

VVG: And it is full of those, which are so beautifully imagined. And you were talking about The Beekeeper, which positions your knowledge and understanding of the situation in this very specific way. Your point of view as someone of Iraqi heritage, who teaches in Michigan, and is learning about what’s happening, albeit through closer connections, obviously, than someone like me, who doesn’t have Iraqi heritage.

The structure of that phone call is, as you mentioned, for those of our listeners who may not have read this book, that structure is so plain in there. So we kind of learn along with you. It’s in first person and we see someone who has been a Yazidi captive woman who does not speak Arabic, telling her story in Kurdish, and this is just one example, telling her story in Kurdish to someone who tells it to you. It’s passing through these multiple levels of translation and that’s very plain in the structure of how you’ve written it.

Then The Bird Tattoo, on the other hand, is close third person, and much of it is from the point of view of a Yazidi captive, Helen, who speaks Arabic. I’m curious about that shift in point of view from the first book compared to the second, how you thought through that, how you decided it. Because Helen is the woman who you’re speaking about getting to know after having written The Beekeeper. As I understand it, that woman is the inspiration for Helen. Is that correct?

DM: Exactly. So yes. Helen, she has a different name in reality, but the novel is based on her story, it’s a true story, kind of, but I met her in the camp when I went and visited, when I went to north Iraq, for the sake of that book. We stayed in touch and gradually I learned more about her story, a history of her people, about her, from her, and more, but all these details stayed in my mind, to the point that she even visited me in my dreams and my nightmares. I couldn’t get rid of this inspiration, but that was a calling for me as a writer to respond to that. And this time, as I said, I responded, in fiction.

So Helen, that’s her story, but the details and knowledge from my memory, and from the interviews with other people that I spoke to all combined to shape the frame. So this time, kind of like how in poetry for example, you are inspired by an image, a word, a feeling, you know, and that becomes a seed of a poem that breathes the breeze for a full life, it happened in the same way. So it was her words, her story her, that were an inspiration to create the full life, which is the novel.

WT: Can you talk to us just a little bit specifically about the Yazidi people? I think Americans are pretty familiar with the Kurdish people, and we heard a lot of news about them. Now, Sugi is very familiar with the Yazidi story, but not a lot of people are. Can you also talk about the distinction and connection between the Yazidi and the Kurds? How do those different racial groups interrelate in the northern part of Iraq?

DM: When I was in Iraq, I didn’t know that much. I know there were Yazidi people, but didn’t know much about them. This was the occasion that outlined more and more about them. But the interesting thing I learned is that all Kurds were Yazidi. Their religion and their culture, their existence is the most ancient. They were the only ones, the only Iraqis that kept their rituals, the customs and the traditions. Their religion, however, is oral. So unlike the others, let’s say the three main religions have books, their sacred books: the Quran, the Old Testament, the New Testament.

“I Am Here to Mourn a Writer Who Has Become Part of My Personal Canon.” On the Short Stories of Naira Kuzmich 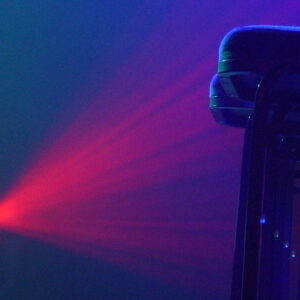 in want, wielding radar against myself. my better judgment animated a body warped under shadow, psychosis stemmed cinematics:...
© LitHub
Back to top