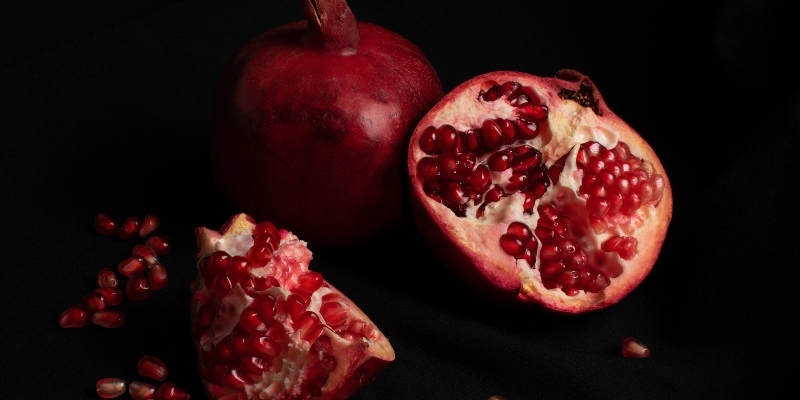 “I Am Here to Mourn a Writer Who Has Become Part of My Personal Canon.” On the Short Stories of Naira Kuzmich

Naira Kuzmich died in 2017, at age 29 from lung cancer, but her posthumous short story collection, In Everything I See Your Hand, was only recently brought to fruition by University of New Orleans Press (June 2022). The included stories were widely published in literary journals and one was selected for the 2015 O. Henry Prize anthology. Her short fiction is remarkable in its range, scope, and intricate architecture, every story delivered in prose that feels stripped of contemporary craftism.

It’s hard to imagine Naira was a young MFA graduate and PhD candidate at the time of her passing, given how far her work extends beyond the conventions of those programs. Countless writers dream of packing trim sentences full of meaning, but few can successfully and consistently deliver.

In this collection, Naira does so again and again. At times, her work brings to mind the simple yet vibrant precision of William Saroyan; in other cases, the visceral, lyrical intensity of Micheline Aharonian Marcom. In Everything I See Your Hand is filled in equal measure with humor and grief, cynicism, and splendor.

Let me give you a deceivingly straightforward example: the first two lines of the collection’s title story. “You know those stories about old married couples, how when one dies, the other quickly follows? This story is like that, except the dying in this are brothers, and there’s three of them.”

On paper, these sentences might not look particularly magical or surprising. It’s a familiar premise, with some of the central information provided out of order, and if the tone wasn’t so unassumingly conversational, the set-up might even read a little gimmicky. But old lovers dying in quick succession is much more romantic and expected than the demise of three brothers, and so a burst of levity pokes through before we’re awash in the realization that tragedy lies ahead.

Most writing workshops I’ve sat through would encourage surgically Frankensteining these two sentences into a succinct but ultimately overwrought entry point, an opening that would likely present the same summarized plot but without the buoyancy and rhythm.

These kinds of sentences are abundant in Naira’s short fiction, which often considers immense grief and mortality filtered through profound lightness, a kind of dark joy. The characters are frequently in the shadow or fresh actuality of death—traumatized by suicides, funerals, and the dusty rubble of earthquakes—with cancer sewn through as an omnipresent narrative theme.

Naira’s stories have the weight of writing we should remember.

The collection opens with “Beginning Armenian,” the story of an Armenian language instructor, Sona, who—at age 19—accompanied her mother to get a mammogram only to find she was the one with a lump in her breast. The story has another stunner of a first line: “Every day I stand in front of a classroom full of women who resemble my mother and teach them things they already know but pretend they don’t.” It’s a deft blend of situation and character, flashy and memorable precisely because it’s not trying to be.

With her diagnosis, Sona turns to poetry and sex, attempting to get pregnant before the chemo risks compromising her fertility. Naira has a knack for writing characters who crumble in contradictory, humane ways, with their circumstances laid out in plain language. The intradiegetic narration of “Beginning Armenian” suggests from its opening that Sona will in fact be okay, but her small hints at the future make it difficult not to wonder what loss is on the horizon. Sona reflects, “Illness in a family can either break or strengthen it, and there was never a time when I thought we’d fall apart. My parents were, in their own ways, people of action. I kept them busy. Dad put in more hours to pay bills, my mother worried. The summer I came home from school, after my failed dalliances in poetry and sex, I began my treatment.”

In the end, Sona enters remission, travels, returns to school, and lives a fulfilling life, but it soon becomes clear that her mother suffers from dementia, and eventually, after years of struggle, passes away. The realization comes late that Sona’s story was never really about her cancer; instead, she has been mourning the loss of her mother all along. The first line is suddenly packed with new meaning, the quotidian hardship—the incessant ache—of instructing women who resemble the person she loved most.

This is perhaps the other timeless wonder of Naira’s writing: her stories compound multiple endings and new beginnings strategically placed throughout dizzying cyclical constructions. They are narrative marvels less based in present action than in active memory, less intent on a turn in plot than a turn in character, never set on a twist in motivation but instead pulsing forward in a flood of unexpected emotion. What can feel like concurrent chronologies are not designed so much to mask the destination, but rather to give the sense that everything is happening all the time, that everything has always been.

Naira’s work captures losses both recent and historical. Largely, the characters in In Everything I See Your Hand are poor Armenian immigrants displaced by the Spitak Earthquake and the collapse of the Soviet Union; they are those who well remember the Armenian Genocide but have other things to worry about. They are new to Los Angeles but remain entrenched in their ethnic communities. Sometimes they speak in chorus, sometimes they have nothing in common at all.

Having never met Naira, I worry about overstepping in my considerations of her writing. There are many others among her friends and loved ones who could certainly do a better job than me, who have a more intimate connection and can speak beyond what she left on the page. I am so frightened of the people I admire, especially artists. I’ve always felt ten steps behind the writers I adore, and that to me is a central part of losing Naira’s future work: a lifetime of missed awe, a lost opportunity to learn from someone who has already taught me a tremendous amount. However, this is not the same as missing a person.

I first read Naira a month after her death, an essay in Michigan Quarterly Review titled “Hava Nagila,” which now, years later, with permission from her family, I’m fortunate to be republishing in an anthology of diasporan Armenian writers. On this first encounter, I was nearly finished with my MFA program and—as young writers are wont to do—published an essay expressing my initial admiration for her work too quickly, without the maturity and attention to detail I would strive for today. I’ve gone on to teach several of her stories and essays.

The experience of meticulously rereading and discussing her works in a classroom setting has given me more clarity on why I found them so immediately impressive. But my haste to write had meaningful and unexpected consequences. I was surprised to receive several emails from Naira’s friends and writers who knew her. At AWP, I ran into people who told me stories about her in passing. I learned about who Naira was outside of her writing, even if it was still in relation to her writing.

Because Naira was born in Armenia, I sometimes wonder how she would feel about being included in a collection of diasporan Armenian writers today. The final story in her collection, “Transculturation, or: An Address to my American Lover,” muses, “Diaspora is a dirty word. The dirtiest. Especially when it’s a choice. The wrong one.”

“Transculturation” addresses a white lover who is obsessed with Armenian culture, a man convinced that academic research paired with an Armenian woman at his side will authenticate his identity. Sectioned off thematically, “Transculturation” is a complicated story with subtitles as light as “Titles of Famous Cher Songs” and as politically charged as “The Nagorno-Karabakh Conflict.” Under “The Genocide,” a blank page. It’s a story that intentionally glances over all the talking points: Mount Ararat, the duduk, Christianity, Andre Agassi.

The narrator seems to be telling her sweetheart he can learn everything and still not understand. He can never belong, and she will never belong to him. Kuzmich writes, “I am no man’s gold. I am no man’s bursting oil pipe. I am no prize… You will not mine me.” The final claim, another simple sentence turned on its head.

In death, artists are not equally mourned. We are a culture of idols and icons, has-beens and footnotes. For every writer we add to the literary pantheon, thousands, if not millions, are left behind, forgotten, slowly falling out of print and into the unshelved space of collective memory. I am here to mourn a writer whose stories and essays have become part of my personal canon, a writer who not only possessed a literary talent well beyond her years, but whose fiction and creative nonfiction stands out exactly for its gravitas, a sense of permanence imbued in every sentence.

Naira’s stories have the weight of writing we should remember, and it’s a tragedy that the opportunity for us to revel in what could have been an extensive bibliography has been taken away. Naira ran out of time to tell her stories, but we have not run out of time to learn from them.

Aram Mrjoian is an editor-at-large at the Chicago Review of Books, an associate fiction editor at Guernica, and a 2022 Creative Armenia - AGBU Fellow. He is the editor of We Are All Armenian: Voices from the Diaspora. His writing has appeared in The Guardian, Catapult, Electric Literature, Longreads, and many other publications. Find his work at arammrjoian.com.
http://arammrjoian.com

From Florentine Orphan to French Princess: The Early Years of Catherine de Medici 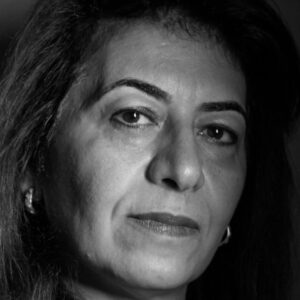 Poet, journalist, and novelist Dunya Mikhail joins hosts V.V. Ganeshananthan and Whitney Terrell to talk about the Yazidis,...
© LitHub
Back to top