Elena Marcu on Bringing an American Classic to Romania

I stand at the window of this small apartment in the south of Romania as night falls, the night which is leading me to hold Camera lui Giovanni (Giovanni’s Room) in my hands.

I started writing this piece right before James Baldwin’s second novel had finally come out here, 61 years after its first publication, and for weeks this was all it said to me, this little pun, a childish echo of the first sentence in the book.

“I stand at the window of this great house in the south of France as night falls, the night which is leading me to the most terrible morning of my life.”

I still don’t know what to say about translating Giovanni’s Room. I have tried to articulate it to my friends. But each time I say something different. I say something incomplete. When I speak, the book does not. When the book speaks, I remain mute. The book speaks better than I ever could.

I translated Giovanni’s Room at home. I barely left in my apartment for a month. I read and reread each sentence dozens of times. I wrote and rewrote each sentence dozens of times. Every time I looked at each word I’d typed, it seemed like an incomplete synonym of Baldwin’s true meaning. At night, I often found myself walking on the streets of Bucharest, headphones off, wishing to accidentally hear the words that I seemed to be lacking. The words that make Giovanni’s Room a physical space. A space to live in. Most of the times I failed. Those words never offered me any shelter, any certainties.

James Baldwin is so generous with the room he leaves us. Such vastness for delight. Such vastness for error. The abundance of his mind, the elliptical sentencing, the carousel of here and there, now and then, the flexibility of the English language.

“With Baldwin, there are at least five ways to say what he wrote, and most of the times, none of them seemed quite right.”

The Romanian language revels in conjunctions and prepositions. They invite joy, but it can sometimes cripple simplicity. Baldwin’s is an illusory simplicity; it makes errors so apparent. Never have I felt more like an impostor as a translator.

It was hard to keep a distance from the book, too. To not live inside of Giovanni, and David and Hella at times. I heard their voices. I tried to speak in their voices. I felt their shame, fear, despair, hate, and love. From my rainy sixth floor flat, I could smell the river and French wine, the oysters and the cognac, I felt the dust and the heat. It was like a possession.

It also felt like living in two rooms, divided by a thick wall: the room that Baldwin built to contain all those emotions, and the unfinished room, welcoming the shuffling meaning of so very few words to say what Baldwin said, so very many words to say it like he said it.

Left to my devices, this would have probably been the translation I never finished. Each time I left the house, mainly to buy cigarettes, occasionally some water and food and wine, I thought about the last sentence I’d translated and always, always changed it when I got back to the apartment.

With Baldwin, there are at least five ways to say what he wrote, and most of the times, none of them seemed quite right.

My room was never completely quiet. I read each translated sentence out loud to hear how it spoke. Was my voice in there? Change it! And repeat. Over and over and over. When the book speaks, I have to remain mute.

Eventually, I set a deadline to finish the translation. I don’t quite know if it’s finished and I probably never will. It’s strange to feel there’s so much need for change to get closer to the core. To keep that rawness and that sophistication of language, thought and emotion, to make alterations to keep the meaning intact, the tone intact in such a different language, to preserve Baldwin’s mind in all its intensity, to elude the mental patterns that make translators who they are. Translators need to be invisible. They need to leave no trace, I reminded myself. They need to quietly live inside every word they’ve typed but didn’t write. They need to project, to reflect, not to mimic. They need to become someone else. They owe it to themselves to try.

That was my room, whispered and small and cluttered with stinking ashtrays and stale coffee, a shifting glossary scrolling before my eyes. I ended up living in Giovanni’s Room in more ways than I’d like to admit.

And now the book is published. Camera lui Giovanni. It makes Baldwin speak in my language. I wish I could have heard him read it back to me while I was working. Maybe I would have known if he could believe it’s still completely his. And I could have believed him more than I could ever believe my voice. Because when the book speaks, I remain mute.

Are Human Genes Changing As Fast As Culture and Technology? 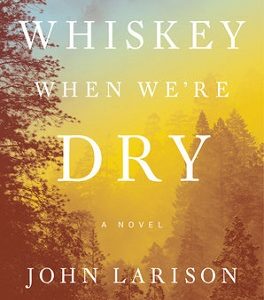 Whiskey When We're Dry I heard it said God moves on the water. Well, I have looked for Him there. My thirst grows with his flood. Our kin homesteaded...
© LitHub
Back to top
Loading Comments...