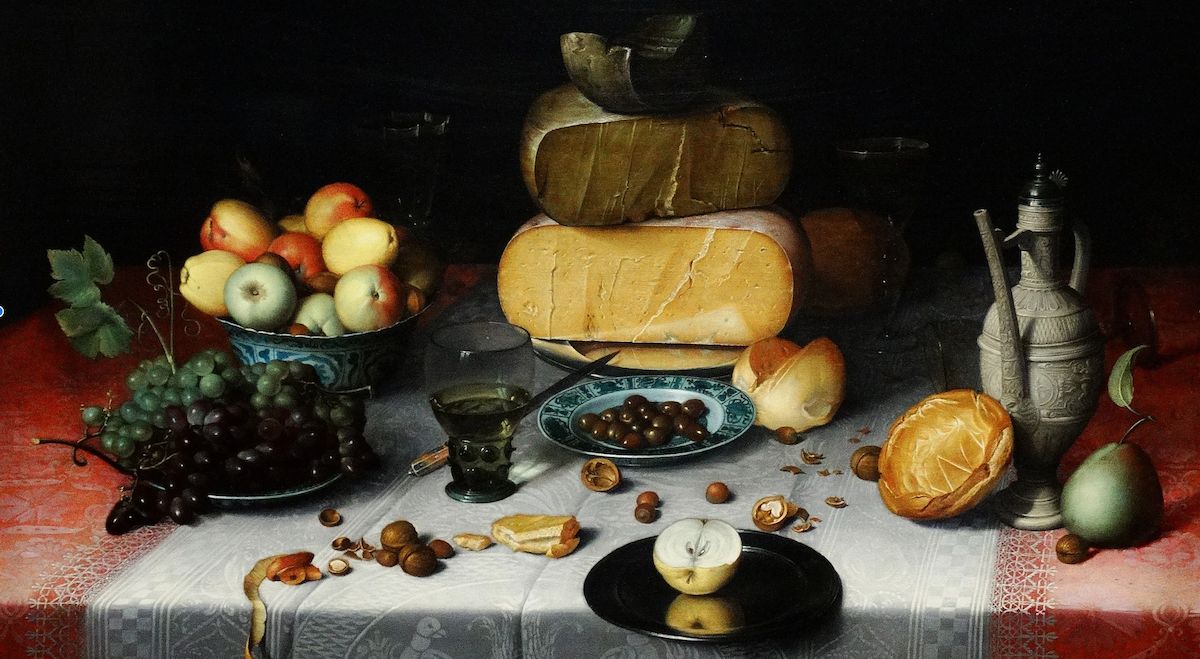 Jamie Harrison on the Relationship Between Eating, Love, and Memory

When I finished my new novel this past endless winter and cleaned my desk, I found this note: When you eat well, you’re eating memory—Barry Hannah.

I probably put too much food in my novels, but food is what people do, at least my people. They think about it, and they talk while they’re eating it; it’s in their errands and the shape of a life’s story. Writing about it can be a dodge on a hard day; for a previous novel, set in 1905, I felt I had to spend days on the New York Public Library’s website staring at the Buttolph menu collection. Parts of a new novel, The Center of Everything, are set in the 1960s and in the 80s, and I wanted to be careful of anachronisms; it’s not easy, remembering what you cooked, when, what brands were in the store. The huge changes in food in the last fifty or sixty years—embodied, to a degree, by stores like the one that hired me in 1982, Dean & DeLuca, have blurred together. Haven’t we always had Stilton and lemongrass, frozen pot stickers and fresh mandarins?

No, we haven’t. So how do we get food from the past right on the page? The easiest way to get there, of course, is to think of what you put in your own gob. Become five years old again—what revolted you, what was irresistible? I had a horror of using too much of my own life in the novel—the parts that had an echo already felt like a failure of the imagination—but I didn’t have any compunction about food, as much as it can be separated from life. So a dinged, somewhat loopy character named Polly Schuster, whose brain injury confuses her memories of a complicated past, has some of my childhood food memories, mostly from the late sixties when we lived in Stony Brook, on Long Island: the stunning sweet and salt of fried scallops, plums dangling from a tree in Port Jefferson, an Italian market, the fancy city restaurants. Polly’s mother learns to cook by watching Julia Child; twenty-something Polly seduces with duck thighs. Older Polly, living through a summer week in my own town in Montana while people search a river for a friend’s body, slides Thai chilies into appetizers and watches her guests’ expressions when they crunch down. She makes her grandmother’s plum cake and potpie for birthdays, and she has dark thoughts about people who race to the food line at memorials.

I could not bear to make Polly’s mother dead, like mine, and it became a quiet delusion: when Polly got to cook with her mother, some corner of me got to cook with mine again. I only recently understood that I would be incapable of reading those parts aloud. It would be confusing for people: why is this older woman weeping over a messy cooking scene? I sidestepped using the book’s father in the same way, despite a deep comedic bench.

I had a very happy childhood, if not a typical one. My father was the poet and novelist Jim Harrison, and when he and my mother Linda King married, they were 22 and 19 and they could not cook. We moved around when I was little—from suburban Michigan to Boston, where my mother took on Julia Child, episode by episode, and at markets we stared at strange fish and exotic vegetables like artichokes—and back to rural Michigan (not so lush: venison, Jello, green beans).

After Stony Brook, on the pillow of Guggenheim and National Endowment awards, we returned to Michigan to rent a farmhouse for $35 on a working fruit orchard with apples and peaches, plums and apricots, every berry that could grow at the 45th parallel. Tiny NJ’s grocery in Lake Leelanau, where we were allowed to run a huge tab between rare paychecks, mostly offered frozen peas, carrots and potatoes and onions, beef and pork and chicken, Gallo Hearty Burgundy and French Colombard (what was that, anyway?), but we had a garden, amazing despite hail and the learning curve, which I loved despite garter snakes and daddy long legs.

I can see my mother at thirty-five and me at fifteen dealing with some mess on the stove, while my four-year-old sister Anna, sitting on the counter, tells us she won’t touch any of it.

Though my father might have been born a poet, and born an eater, he was definitely not born a cook. His passion for tarragon chicken in the early seventies, and his talent for delivering it to the plate slippery and lukewarm; his general life-long impatience with grilling temperatures and times; the time he used the wrong stomach for menudo, and we all ran outside retching as the smell permeated the house; another exodus when he overheated chilies in oil for an early Chinese attempt, everyone running out of the house screaming and clawing at their eyes while the pan caught on fire. He was not good at details and he was not patient—he never reclosed a jar in his life; he never ceased to quarrel about cooking times with my husband—and he always thought more was better (garlic, peppers, wine).

He remained, at heart, a pork chop and herring kind of guy, but he was spurred by a deep competition with my mother and with close friends who knew what they were doing: a Frenchman named Guy de la Valdene, and the painter Russell Chatham, who would arrive in early October for grouse and woodcock hunting and stay three inspired, somewhat sodden weeks. We went from pot roast with iceberg and blue cheese dressing (not that there is anything wrong with these things) to grouse with grapes, ravioli with truffles, salmi de bécasses. By fifteen I was making spring rolls and screaming at failed meringues. By seventeen I was fighting for the Calvados and hiding the cocaine. When I took my little sister to the first Star Wars, we carried along a paper bag of Mrs. Chiang’s dry-fried beef for snacking, and ignored the people who stared; we drove to the theater in a dented red Chevy Vega that stalled in first gear, which my father and I had pooled our money to buy. A few years later he sold the rights to the three novellas of Legends of the Fall and the wine budget changed, but by then I’d moved to New York.

I slid some of the family dishes in the novel—the effort, serving, and clean-up rather than recipe details. We cook them all, still, as well as things from the subsequent forty years’ worth of cookbooks that cover a wall in the kitchen and fill boxes in the garage and basement. It’s a joy, but I feel the echo in the room. Almost everything I cook makes me think about someone I miss, living or dead. Cassoulet for one friend who could really cook everything, hare’s sauce for another, a saffron-flavored fish soup for a third. Perfect potato kugel, a first attempt at éclairs, a messy kill scene for lobster Thermidor, the chocolate mousse my father-in-law loved.

I can see my mother at 35 and me at 15 dealing with some mess on the stove, while my four-year-old sister Anna, sitting on the counter, tells us she won’t touch any of it; I can hear my father, not yet forty and still making about ten thousand a year, shrieking about garlic somewhere in the background. Guy making a paté that the dog would later steal from the counter, Russell peeling ginger and giggling. It was glorious. Only Anna and Guy and I are left.

I’m not sure when he wrote or said this, but food is love, food is memory, food keeps people you love in the room of your head, even if you can no longer prove your love by feeding them.

I moved to New York when I was 22 (like everyone, according to my editor) and lived there for five years, catering and working at Dean & DeLuca, at magazines, at a production company. My husband and I left for Montana at precisely the point that we finally made enough money to eat out. My sister Anna followed us out; our parents eventually followed her. Every spring when they arrived, I’d ask what they wanted for a welcome home meal, and after a stagey lull, my father would suggest a lamb couscous, or rabbit with cream and mustard, or four Chinese courses. We celebrated birthdays, graduations, good weather, too many memorials. Potpie, homemade ravioli, stuffed squid, shrieking curries, or the number one request—meatballs, whether Thai or German, Spanish or Italian. Talk of what we were cooking separately became a pleasant virus between houses. If we told them that we’d just cooked, they’d make it within days, and vice versa.

My mother died in October of 2015. The next March, in the last week of my father’s life, I cooked for him cacciatore with a friend’s rangy chickens, corned beef with a savoy cabbage and new potatoes, braised lamb neck and shanks with orange and guanciale and red wine and sage, a shrimp and avocado salad, sweetbreads with scallions. Fresh greens, asparagus, citrus; my mother’s recipe for sharp, gingery molasses cookies. In the freezer, next to tamales and lasagnas and beans and stews from friends, I left red-cooked pork hocks and meatballs and a fennel and robiola gratin. It’s possible that this overload killed him, but I believe it was the thing to do; he was bereft and in pain and any small joy was still a joy. A few nights before I flew home we ate with friends at a border ranch in the San Rafael Valley in southern Arizona, mountains and Mexico facing us across a world of grass, and when we left the almost dark, losing its color, was filled with the glowing eyes of a dozen antelope jackrabbits, also gathering for the fresh green of spring.

The French edition of my father’s food writing collection, A Very Big Lunch, has the epigraph, To cook is to love again. I’m not sure when he wrote or said this, but food is love, food is memory, food keeps people you love in the room of your head, even if you can no longer prove your love by feeding them. My father is the constant urge for more, in every part of life; my mother is everything we touch, still. 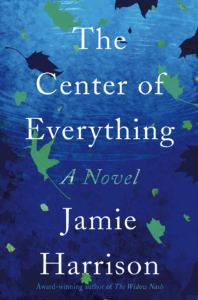 The Center of Everything by Jamie Harrison is available now via Counterpoint LLC.

Jamie Harrison has lived in Montana with her family for almost 30 years. She has worked as a caterer, a writer, and a technical editor for archaeological, botanical, and biological reports. She is the daughter of Jim Harrison.
http://www.jamieharrisonbooks.com 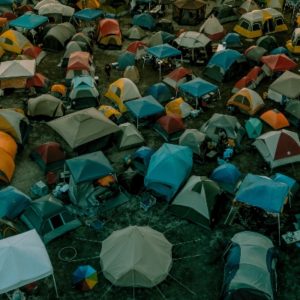