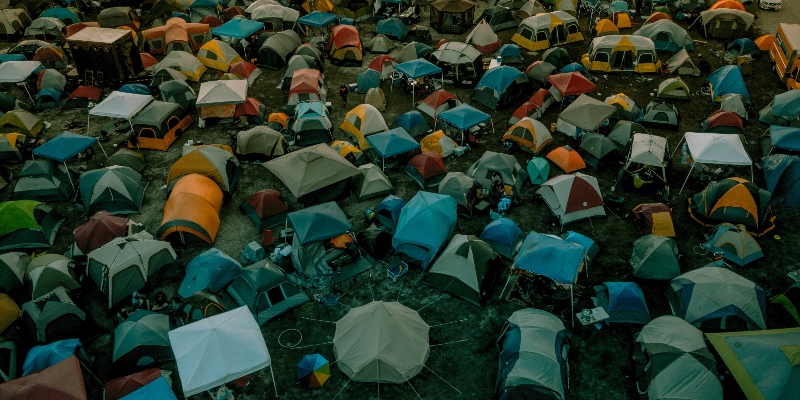 Dale Maharidge Talks to Andrew Keen on Keen On

Thirty-five years after his book A Journey to Nowhere: The Saga of the New Underclass inspired Bruce Springsteen’s songs “Youngstown” and “New Timer,” Dale Maharidge is back with his 2020 saga of the not-so-new underclass—a travelogue of suffering entitled Fucked At Birth: Recalibrating the American Dream for the 2020s. On today’s episode, Andrew interviews Maharidge about his important new book.

Andrew Keen: The geography you describe is one of an appalling homelessness. You come across a woman called Tawana James in Sacramento who has built a house out of leftover stuff. Tell me about Tawana James and why she is so symbolic of the current crisis in America in 2020.

Dale Maharidge: She’s the de facto leader of a homeless camp called the Island in Sacramento. It’s a bunch of more older people who separated themselves and created this encampment. Probably about 80 dwellings, and I call them dwellings; they’re really chanties or just tarps over sticks. And she’s outfitted it with most of the stuff you see in the picture, for those who see the picture, from dumpsters. There’s a stereo, there’s a fan, there’s a TV in the background with a young woman on a show on it. Everything came from dumpsters. And she cooks for the people at the camp.

To me it harkened to The Grapes of Wrath. The camp that John Steinbeck wrote about was a real camp in Weedpatch, California, a New Deal camp, where they basically formed a collective. They separated themselves into their own community with their own rules. It’s very enterprising and it’s an incredible thing that she does, but it’s the future for a lot of people who will be evicted because of the pandemic. We’re going to see a wave of evictions this year. They keep putting moratoriums on it, but moratoriums are only delaying the payday. You have to still pay the rent back. If you don’t have a job and you owe six thousand dollars in rent, there’s millions potentially who could become homeless. That’s really scary. We’re going to see camps bigger than the Great Depression.

Andrew Keen: It’s more than scary, Dale. It’s profoundly outrageous. The dystopia which Hollywood and many writers have imagined has finally arrived. You see it in some ways in Los Angeles outside a food bank called Shower of Hope. You say, “Nearby skyscrapers in the Financial District loom like a dystopian backdrop for a film conjured by the combined genius of Philip K. Dick, William Golding, Frank Herbert, and Margaret Atwood. Have Dick and Golding and Herbert and Atwood’s world, has it arrived in actual fact?

Andrew Keen: I remember after 9/11, someone did a review of the DeLillo book about 9/11 and said that DeLillo struggled to describe something that he had imagined. For the Atwoods and the Philip K. Dicks of the world, I don’t know what they would make of this world. I mean, Atwood, of course, is still alive.

Dale Maharidge: It feels very much like two worlds. When I was there in that parking lot, I talked to a woman who was working for Door Dash, who’s making money but couldn’t afford an apartment. That’s the Financial District of Los Angeles in the background of that photograph, and that tower in the background cost over a billion or a trillion dollars—a huge amount of money. These are two worlds. The rich world doesn’t see the poor world, but the poor people are looking at this Oz-like apparition. That’s America right now.

Andrew Keen: It’s this ontological fragmentation of two worlds that are incapable of even seeing each other. And all this would be bad enough without COVID. But of course, you travel in the midst of this terrible pandemic, which is affecting poor and homeless people and people of color much more than the wealthy. What is your sense of the impact of COVID on the crisis that you’ve been describing for all your professional life?

Dale Maharidge: Well, in one way, it’s unmasked it. In another way, it’s just exacerbated it without people seeing it. We’re going to see pictures in the coming year of people becoming homeless, so it’s going to be visible in a way, but it remains invisible, and the people who are going to be affected have been invisible. Some people are going to say this is a new phenomenon. We’re going to see all these tent cities and everything. They’re there now. They’ve been there. If you go to San Francisco or Los Angeles, you’ve seen them. The question is, in the ’20s, will we do something like a New Deal like we did in the ’30s, to at least try to help these people? Or are we going to continue to ignore them?

For two decades, Dale Maharidge has been one of America’s leading chroniclers of poverty. Alongside photographer Michael Williamson, his book And Their Children After Them won the Pulitzer Prize for General Non-Fiction in 1990, revisiting the places and people of depression-era America, depicted in Walker Evans’s and James Agee’s Let Us Now Praise Famous Men. Also with Williamson, Maharidge wrote Journey to Nowhere: The Saga of the New Underclass, which Bruce Springsteen has credited as an influence for songs such as “Youngstown” and “The New Timer.” 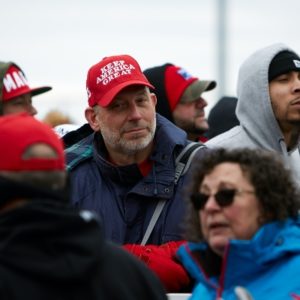