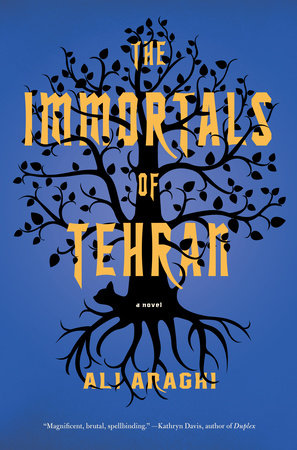 The following is excerpted from The Immortals of Tehran, the debut novel by Ali Araghi. Araghi is an Iranian writer and translator. He won the 2017 Prairie Schooner Virginia Faulkner Award for Excellence in Writing and has published stories and translations in Prairie Schooner, Fifth Wednesday Journal, Asymptote, and Hayden's Ferry Review, among others. He lives in St. Louis.

A long time ago there was a boy who lived in a faraway village with his father, mother, brothers, and sisters. They grew wheat and barley on their small farm. Because of their hard work and the favorable rains, they harvested more crops every year. Little by little, they could have a few chickens, some sheep, an ass, and a cow. Things were going well until the boy’s mother fell ill with a sickness that turned her yellow. After much futile treatment—and futile means it did not work—they were told that the only hope was a visit to the holy shrines in Karbala and Damascus. Long travels were very dangerous in those times, but the boy’s father decided to take the risk, and the ass said he would help the man carry his wife on the journey.

Now those days people lived a harmonious life with animals—not all of them, but at least the farm animals. No one bought or sold them. The animals lived with people and worked for them in exchange for food and shelter. If someone could afford to build a stable, a barn, a pen, or a coop, they could get animals to live with them and the animals were happy to help with milk, eggs, wool, or farm work in return. That was before they became disgusted by the humans’ greed and decided to stop talking. Of the animals that didn’t belong on farms, some were wild. Others were not; they just didn’t want to live and talk with humans—like giraffes, rhinos, mountain goats, and mice. Also cats. Cats were very territorial. They preferred to live alone and so they got together and formed their own country, somewhere in the deserts between Iraq and Syria. Now in those times there was no such country as Iraq. What we know as Iraq today was part of a big empire called the Ottoman Empire, which ruled for hundreds of years. Then the Ottomans were defeated in a war and the empire was partitioned into several countries. But before all that, the cats made their country in a large oasis saturated with well water in the middle of vast deserts far from any human settlement.

The boy’s father gathered all the money he had saved and borrowed more from his brothers and the kind village people. The little boy said he wanted to go with his father and mother, too, but his father said no. It would be a dangerous trip for a boy of his age. The boy stopped eating and drinking and was soon so weak and thin that his father agreed to take him. To reduce the hazards of their journeys, such as getting lost and being attacked by bandits, people traveled in groups. Those groups were called caravans. A caravan of fifty people set off with the boy, his father, and his mother all on the ass. The boy and his father thanked the ass for carrying their heavy weight and took care to walk whenever they could. After a month, they reached the city of Karbala where the caravan sojourned—that means they stayed there—for three weeks to give everyone ample time to rest and visit the shrines.

One day, the animals started to feel uneasy. They asked the people to dismount them. The animals were panicking, but they weren’t sure why.

Then they started the second part of their journey from Karbala to Damascus, crossing arid deserts from one caravansary to the next town, from one town to the next village, and from the village to the next caravansary. It was a few weeks into this second part when, one day, the animals started to feel uneasy. They asked the people to dismount them. The animals were panicking, but they weren’t sure why. Some started running around on the sand when all of a sudden the sun went dark. The people told the animals it was just an eclipse and there was nothing to be worried about, but that was not very helpful. The animals kept running in panic until they saw the sun shining in the sky again. But shortly after they had resumed their journey, the animals started feeling uncomfortable again and asked the people to get off of them. Several started running around again. A mule traced and retraced a circle without speaking a word to anyone. Before long, large clouds appeared on the horizon. The guides shouted, “Sandstorm!” and now it was the travelers who were taken by horror. They began running away from the clouds of sand that moved in their direction like plague, trying to escape the inevitable. Their fear blinded their eyes and deafened their ears and they didn’t hear the cries of the guides and the camels who asked them to huddle and take shelter. By the folly of the ignorant, the wise too were afflicted. Colossal waves of sand washed over the desert and buried them all. Only the boy survived. He tried to dig his father and mother out, but no matter how hard he strained his eyes and worked his hands, he found nothing but sand. When he lost hope, he started to walk. He shuffled ahead in the desert with no food and water. On the second day, he fell down. He had no desire to get back to his feet again. He lay there and closed his eyes waiting for death to come. But as he had walked aimlessly, the boy had crossed the border of Gorbstan, the country of cats.

Excerpted from The Immortals of Tehran by Ali Araghi. Reprinted with permission of the publisher, Melville House, an imprint of Penguin Random House.

Carolin Emcke on Changing the Way We Speak About Hatred

Are All the Black Kids Still Sitting Together in the Cafeteria? 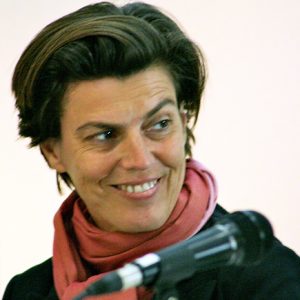 Carolin Emcke on Changing the Way We Speak About Hatred Hosted by Paul Holdengräber, The Quarantine Tapes chronicles shifting paradigms in the age of social distancing. Each day,...
© LitHub
Back to top