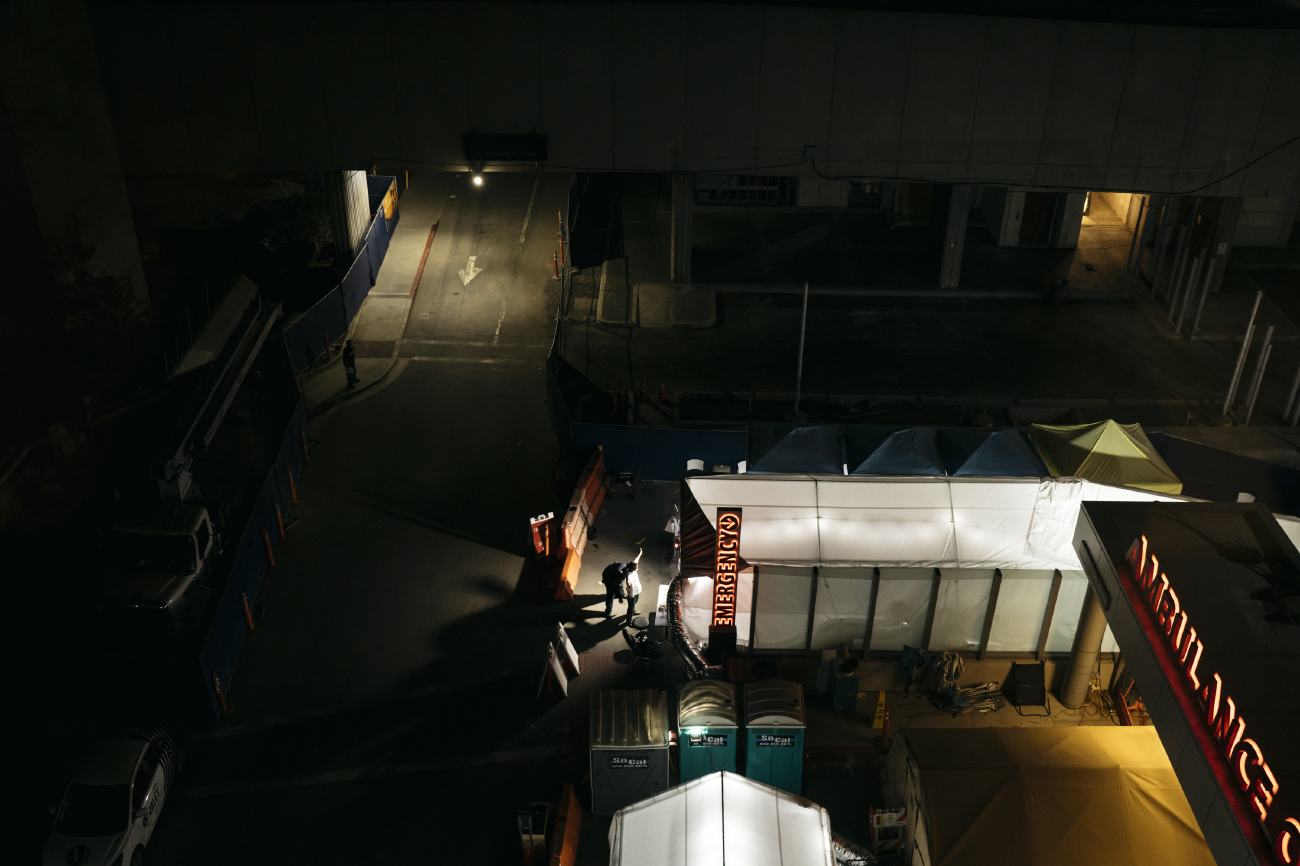 Isadora Kosofsky and Suzanne Koven, for The Longest Year: 2020+

By Isadora Kosofsky and Suzanne Koven

The Longest Year: 2020+ is a collection of visual and written essays about 2020, a pivotal year that shifted our way of experiencing the world. In most publications, images work in service to words—here they work in tandem.   //   At the beginning of this year, photographer Isadora Kosofsky spent several weeks photographing the COVID-19 ICU and the emergency ward at Los Angeles’s Martin Luther King Jr. Community Hospital. We asked writer (and doctor) Suzanne Koven to reflect on Kosofsky’s work, and on her own experiences practicing medicine during a pandemic.

I’d been a doctor for 30 years in March 2020 when my work suddenly became unfamiliar to me, its reassuring routines upended.

During those first few weeks I saw my primary care patients as always, but virtually, from home, dressed in a suit jacket, blouse, necklace, yoga pants, and Uggs slippers. Some weekends I wore scrubs for the first time since my residency as I worked in a new screening clinic at my hospital for people with coughs, fever, and other symptoms that had previously been commonplace but were now alarming. Before my first shift I received instruction on how to don and doff PPE—donning: hand sanitizer, then gown, respirator, goggles, and gloves; doffing: the reverse.

Arriving home, I adopted another new procedure. I shed my scrubs at the front door onto a towel my husband placed on the floor, then put on clean clothes after a long shower. Until that spring I’d only heard the word “don” in a Christmas carol and associated “doff” with gallant gentleman tipping feathered caps.

The location of the screening clinic kept changing to accommodate the increasing numbers of very sick patients. The first was a small space usually used for urgent care. I’d worked there when I first went into practice and didn’t have many patients yet. One, a tiny then-middle aged woman named Lorraine who favored bedazzled jeans with matching jackets, came in with a bee sting and ended up being my patient for over two decades until she died of cancer a couple of years ago. We didn’t see too many patients at first and most weren’t too ill and so while this small clinic was claustrophobic and tense it was also kind of boring—like an airplane.

The second, bigger clinic was in the sports medicine department. By that point I’d gotten comfortable with donning and doffing, and the special way patient’s symptoms and risk factors needed to be documented (how many days since exposure? etc.) and was relaxed enough to enjoy the camaraderie of my colleagues. One snapped a photo of me in full PPE posing under a framed jersey autographed by Tom Brady.

The third clinic was the biggest and scariest. A giant tent had been erected over the ambulance parking lot next to the emergency room. On the asphalt floor were oil stains and, since the place was basically outdoors, it was freezing. The feeling among the workers was collegial, but, unlike in the smaller clinics, grim, almost military. We gathered around a whiteboard hung on a makeshift wall outside a bank of exam rooms fashioned out of other makeshift walls and our “team lead” gave us our assignments.

We ordered chest x-rays and nasal swabs for most of the patients who came to the tent. The swabs were administered through a jury-rigged contraption, a large plexiglass barrier with two holes to which long rubber sleeves had been attached, allowing the tester to reach through the barrier and stick a Q-tip in a patient’s nose without touching them or breathing their air.

Many of the chest x-rays were clear, and many of the swabs were negative. But many were positive, and if the patients who seemed likely to have positive tests weren’t having trouble breathing, they would be sent home to isolate themselves and to wait. If someone was very short of breath and/or had a low oxygen level they were wheeled directly out of the tent and into the emergency room. Many of those patients were intubated soon afterward and many of them died.

One day an older Latina woman arrived, masked, wide eyed, gasping for air. I saw her as I was donning at the donning station. She was rushed to the emergency room. I don’t know what happened to her—but I fear I do.

I went about my work, but I couldn’t forget the woman’s eyes. The panic. The fear. How they shocked me. How could this be, after all these years? I wondered if my old routines had protected me, distanced me; whether the disruptions of place and language and clothing had awakened me to what had always surrounded me. A colleague who specializes in end of life care once told me: “We swim in a sea of death denial.” And she didn’t just mean our patients, or the culture at large—she meant us, even the most seasoned nurses and doctors. I looked at that woman and I saw death. I’d donned and I couldn’t doff.

It’s been over a year, the tent is gone, and my scrubs lie folded in my closet, just in case.

I still see her.

Photos and text below by Isadora Kosofsky 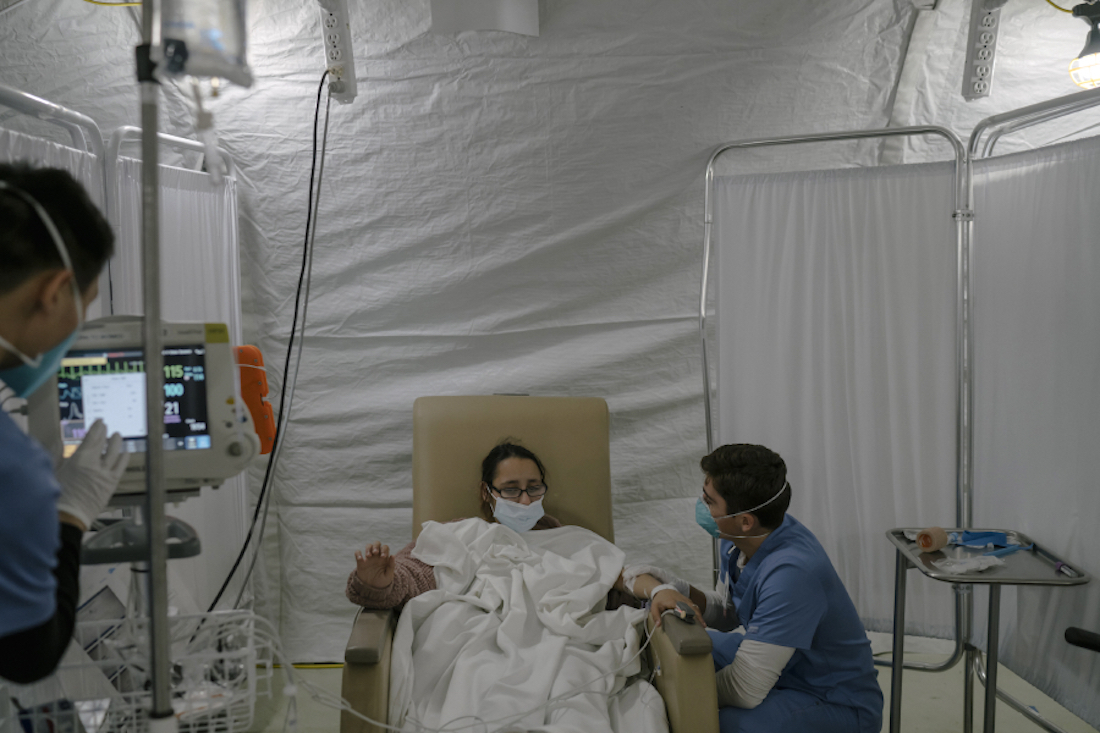 Trevor, a member of the National Guard, comforts Rachel during a panic attack in the COVID-19 triage tent. 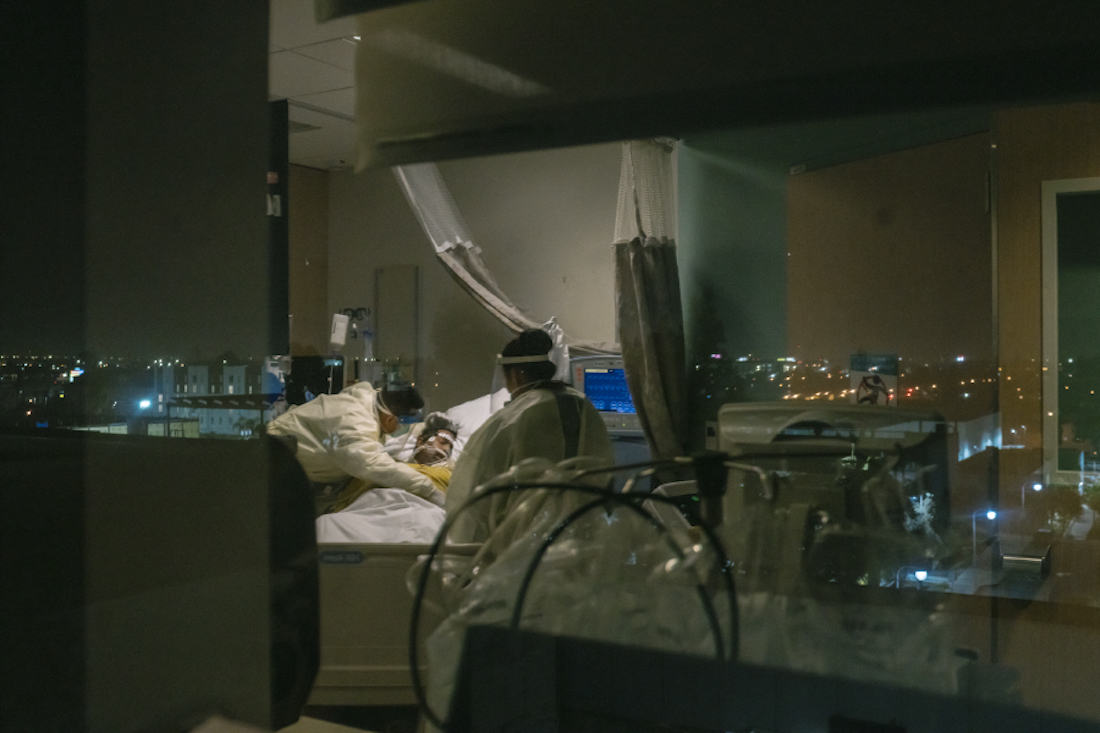 Manuel Flores embraces his father Gabriel, while Gabriela Flores, Gabriel’s wife, stands by his bed in the ICU. 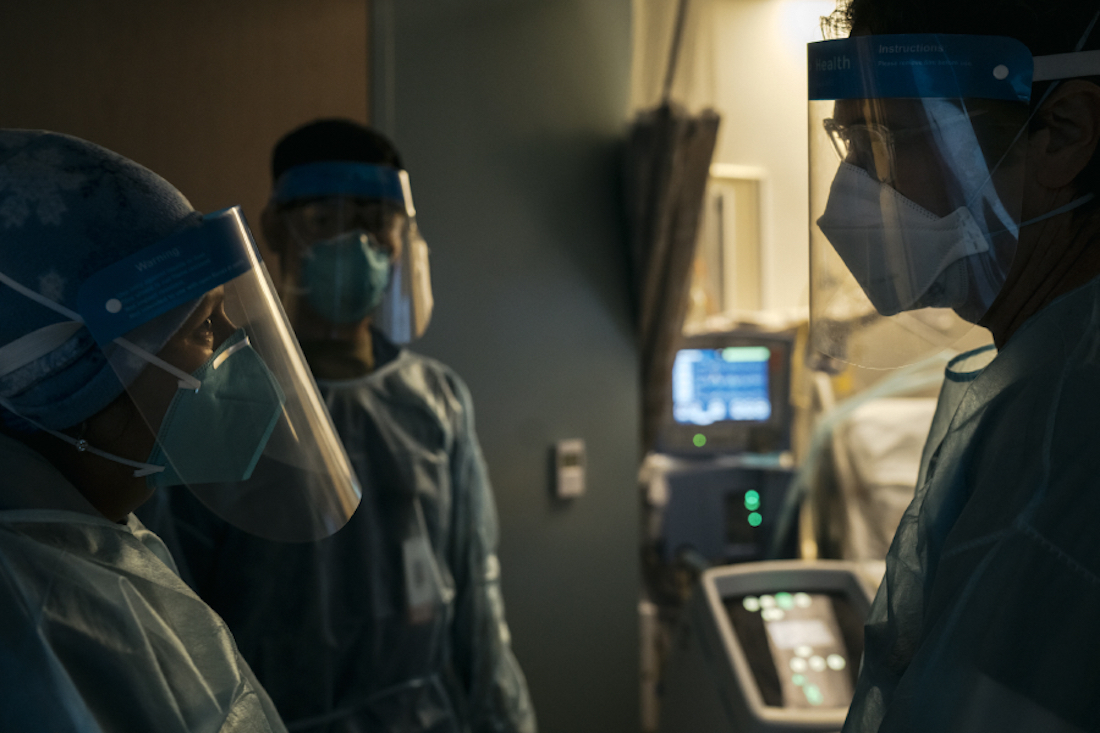 Gabriela Flores listens to a critical care doctor who explains her husband’s condition through a nurse who interprets. 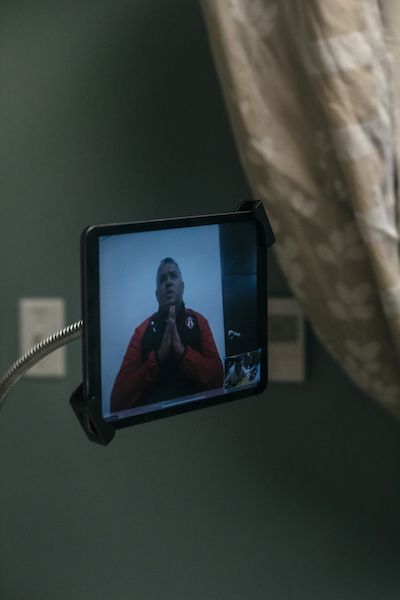 Gabriel Flores’ brother-in-law prays for him via Zoom along with 30 other relatives. 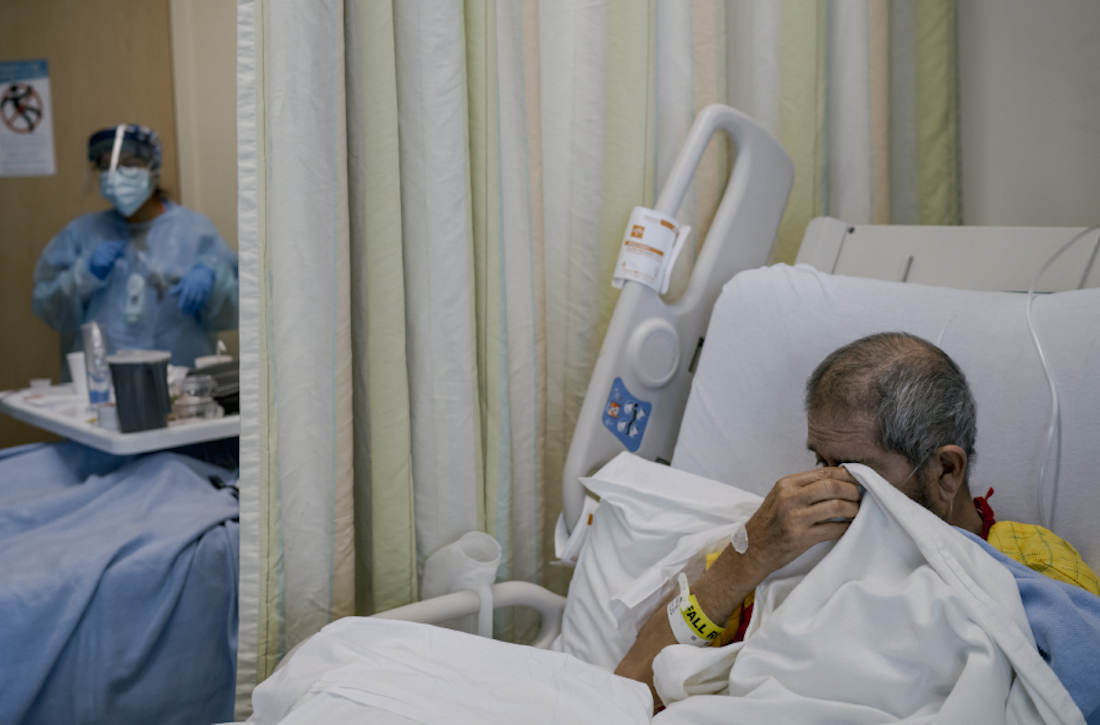 Jose, who has COVID-19, cries for his wife and children. 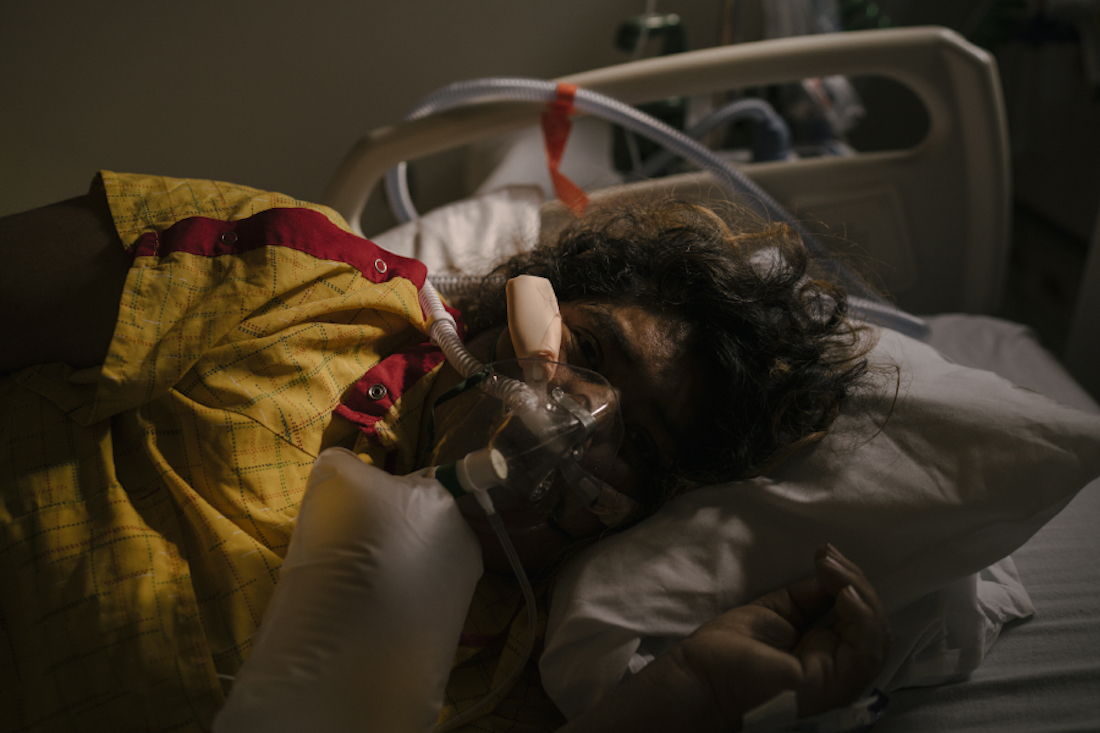 Edith lies in her bed in the telemetry section of the hospital. 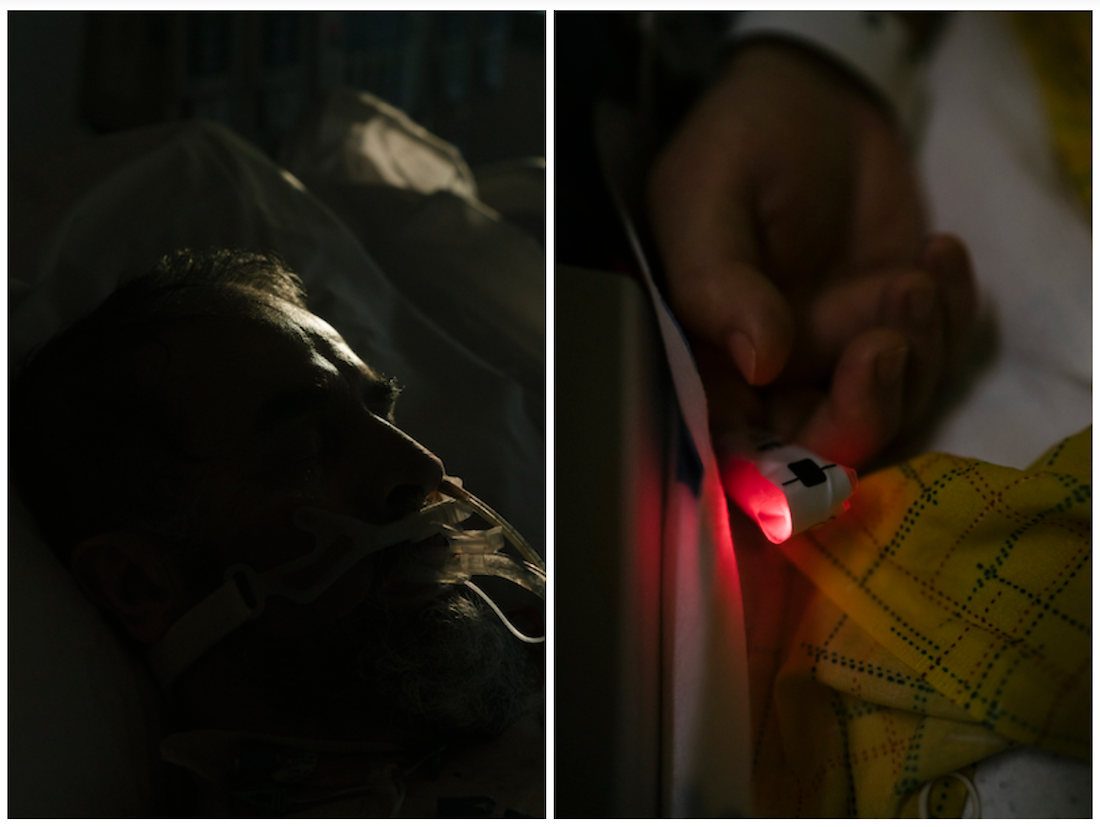 Emilio Virgen in his bed in the ICU. 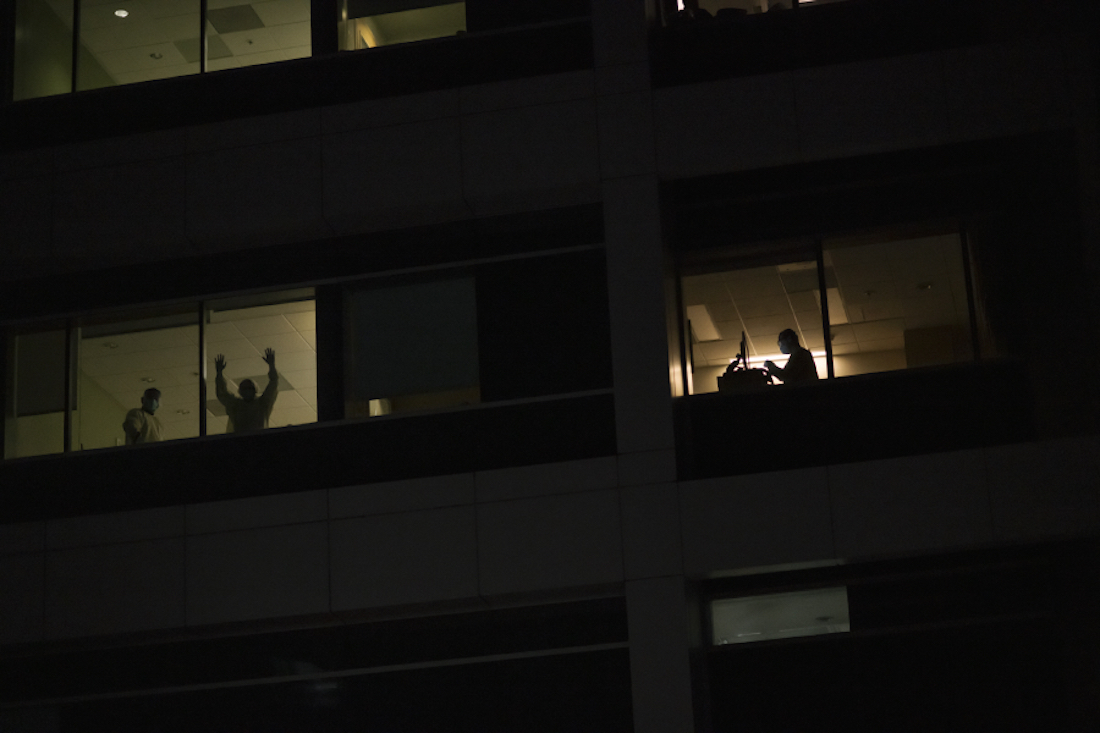 Nurses look down from a window to the staff at the emergency department tents. 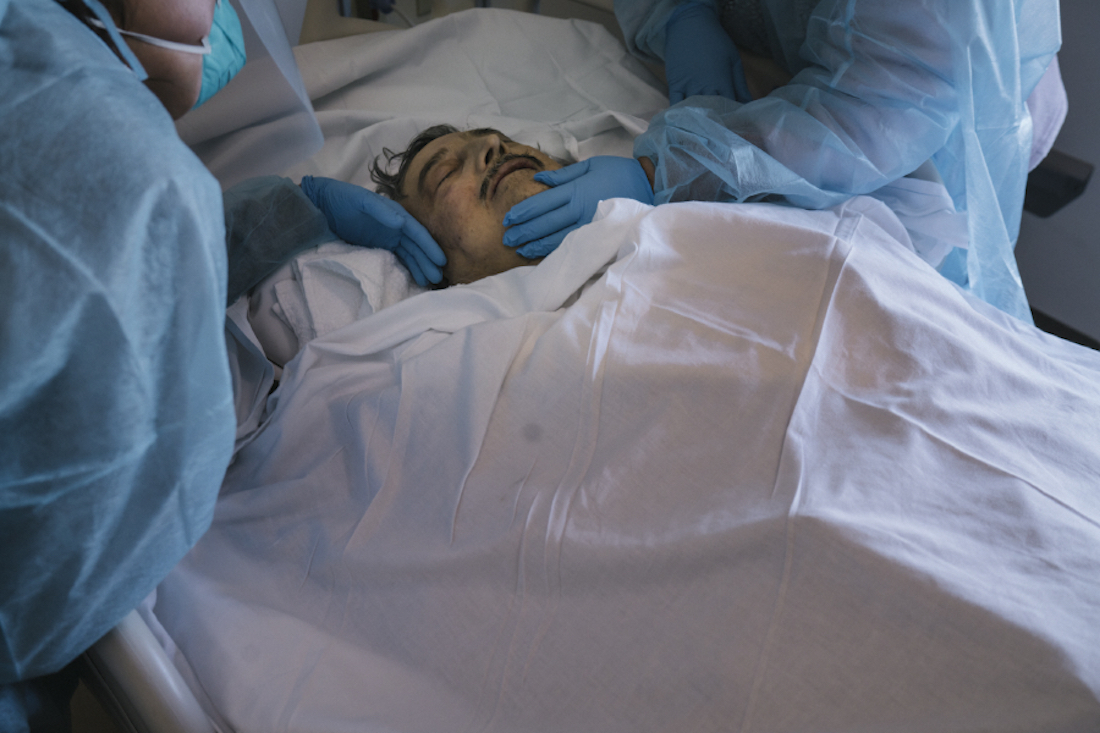 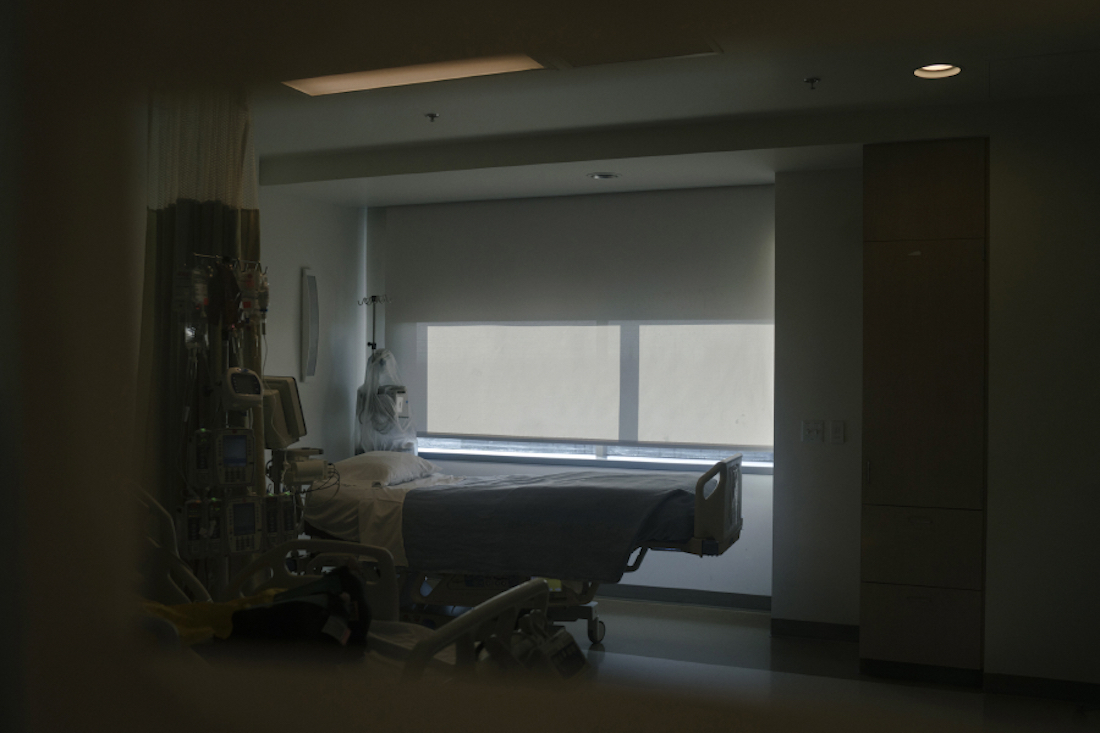 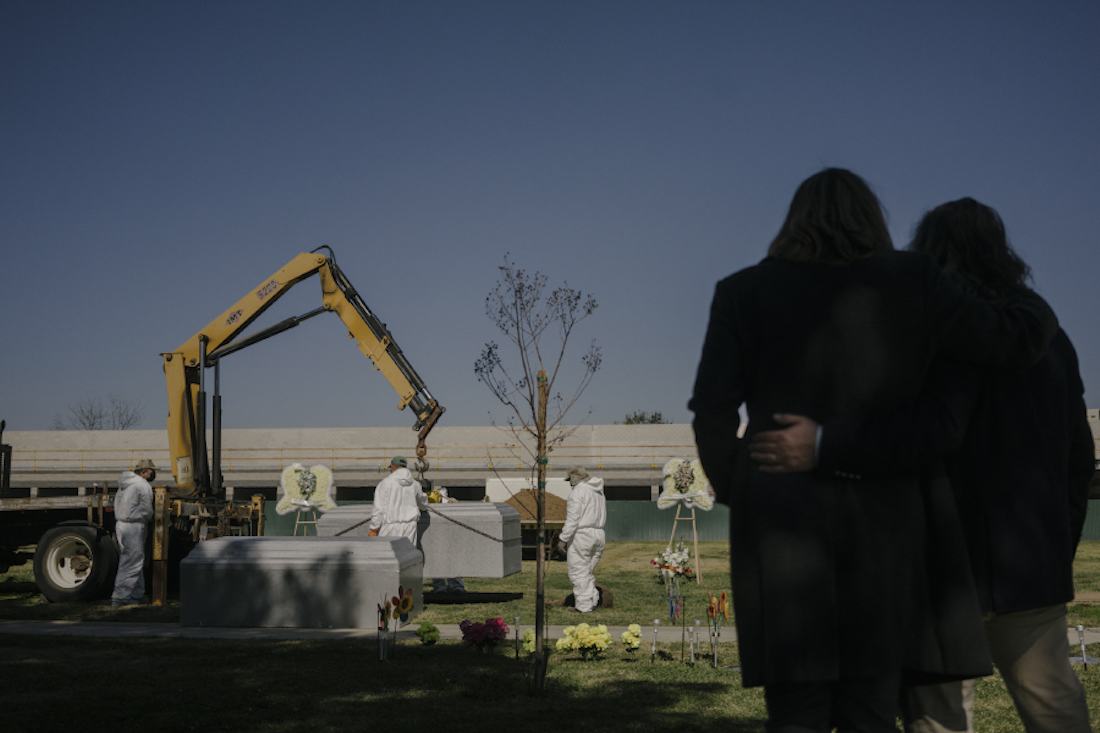 Family members of Maria Serrano and her son, Victor Serrano, embrace as they watch the burial of their coffins.

Isadora Kosofsky is a documentary photographer, writer, and filmmaker based in Los Angeles and Albuquerque. She is a National Geographic photographer and has contributed to the NY Times, TIME, the New York Times Magazine, The New Yorker, The Washington Post, Stern, Le Monde, Paris Match, The London Sunday Times, The Guardian, Slate, Internazionale, and many others. Her first monograph, Senior Love Triangle, was published by Kehrer Verlag in 2020.

Suzanne Koven was born and raised in New York City. She received her BA in English literature from Yale and her MD from Johns Hopkins. She also holds an MFA in nonfiction from the Bennington Writing Seminars. After her residency training at Johns Hopkins Hospital she joined the faculty of Harvard Medical School and has practiced primary care internal medicine at Massachusetts General Hospital in Boston for over 25 years. In 2019 she was named inaugural Writer in Residence at Mass General. Her essays, articles, blogs, and reviews have appeared in The Boston Globe, The New England Journal of Medicine, The Lancet, The New Yorker.com, Psychology Today, The L.A. Review of Books, The Virginia Quarterly, STAT, and other publications. Suzanne’s essay collection, Letter to a Young Female Physician, was published by W.W. Norton & Co. in 2021. 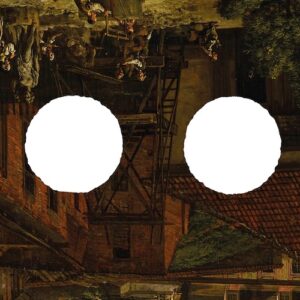