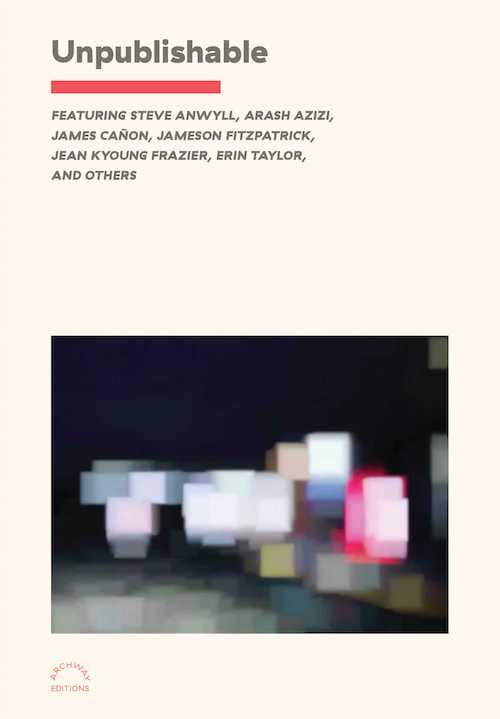 The following is excerpted from Unpublishable, the collected works of an underground reading series at POWERHOUSE Arena in Brooklyn, edited by Chris Molnar and Etan Nechin. Lewis-Meeks, a writer from Kingston, Jamaica, is currently an MFA candidate in Fiction at Columbia University. Her fiction has been published in Panorama Journal and she is currently working on a novel about four Jamaican high school students.

The girl made dinner pasta with mushrooms and butter, topped with finely grated cheese. Inside the body was quiet, the girl worked happily. She spent many minutes searching for the recipe, carefully assembling the ingredients. Mise en place. When she grated the cheese, she cut her knuckle, and flakes of her skin fell onto the plate, one single bead of blood. The body whined, but the girl sucked the finger into her mouth, tasting the salty blood and the salty cheese.

The cold butter sizzled as it hit the hot pan. The smell of garlic was sharp and tangy. The roommate came into the kitchen from her room and asked the girl what she was making. The girl told her, and pointed to the bounty of food, the wet slimy mushrooms, the sizzling melting butter. The cheese scraped into a pile with the tiny flakes of skin.

“Oh my god, don’t you think that’s so much butter?” The roommate said, her dark eyebrows raised in her pale white face. She rubbed her stomach.

“It’s not so much. Just to grease the pan. Also like, it’s a treat yourself meal. Obviously. I wouldn’t eat it all the time.”

“Uh, the mushrooms make it kind of healthy.”

The roommate smiled, thinly and palely. “I don’t like your American mushrooms. They have no flavour. They’re just big and full of water. Not like real yummy Taiwanese mushrooms.” The roommate left the room. She took her body with her.

The girl tried to return to her cooking. The butter in the pan had gone brown, the chunky milk solids separated from the clear yellowish butterfat. The garlic was blackened and it stuck to the bottom of the pan, improperly lubricated by the butter. The smell in the room was sharp and sour. The girl took the pan from the fire, to pour the brown butter and black garlic into the sink, to start again.

The cold butter sizzled as it hit the hot pan. The smell of garlic was sharp and tangy. The roommate came into the kitchen from her room and asked the girl what she was making.

But then the body woke.

The stomach demanded first, a crawling hole of black. The hole pushed outwards into the wall of blood, against the bones, into the skin. Fill me, fill me, fill me. The limbs froze don’t you move. I mean it before the hands broke off another knob of butter over the pan, and black garlic unstuck from the bottom of the hot silver pan with the new lubrication. The limbs moved wildly out of the girl’s control. They worked the mushrooms in the slimy sauce, they added more and more knobs of butter to the pan. They removed the pasta from the pot, with the tongs but also with the hands, the finger that was scraped on the cheese grater cauterized by the boiling water. The mushrooms leaked their brown juice into the butter and the hand holding the tongs transferred the spaghetti into the wet mixture, stirring, stirring, stirring. All the while the body, the stomach and the limbs and the fingers answering the sucking empty call. The hand tossed the grated cheese into the rich sauce. No sign of the white skin-flakes, the bloody knuckle. The body ate the fuel straight from the skillet, the slurping mouth messy with thick butter. Hot yellow fat splashed on the lips, the cheeks.

“Oh, but it smells so good!” The roommate squealed from her small room. And what will the body do now? How will it explain away the globules of thick hot butter running down its chin, the salty trail left behind as the mouth slurped up the noodle that was stuck there, the tongue licking it into the mouth, the teeth grazing and teasing before biting down.

“Do you want to try some? I was just going to get a bowl.” The girl pointed to the cabinet above the kitchen sink. The body let the girl pull the hands up, wipe carefully at the sodden face with a dirty dishrag.

“Nooo, I’ll just have a bite.” The roommate reached into the skillet with her finger and swirled just one single noodle with her fingertips, she reached deep into the buttery sauce but she emerged with just one noodle. “Mmmmmmm,” she moaned.

“Ugh, I can’t. I’m way too fat these days.” The roommate licked the butter from her spoon, but then she left the kitchen. She returned to her room. She took her small body with her. But the girl had seen it—she had seen the body of the roommate reach out, call towards the food. She had seen the hunger. But the girl had stopped it, hadn’t she? She had ignored the body. How? The girl could do it too. She must. She got the cover for the skillet, she put the meal away. She washed up the dishes. Her knuckle stung when she submerged her hand in the soapy dishwater, but not enough to wake the sleeping body.

And later, when the roommate slept, in her small room with her small obedient body, the girl’s unruly body emerged again. It took her to the skillet, with the tongs in its unfrozen limbs and it forced the food into its mouth, it slurped the spaghetti and its teeth squeaked against the brown mushrooms and the food filled its stomach, pushing out and out and out. Until the skillet was empty, its tongue licking the skillet clean and silver. The girl, quiet and shameful. The body awake, still, and wanting. 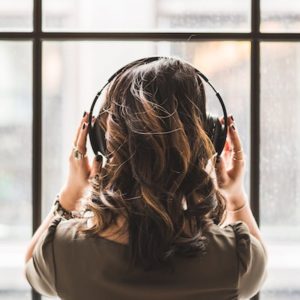 The Case Against Critical Feedback Earlier this year, I took a writing workshop where one of the chief rules was no negative or even constructively critical...
© LitHub
Back to top