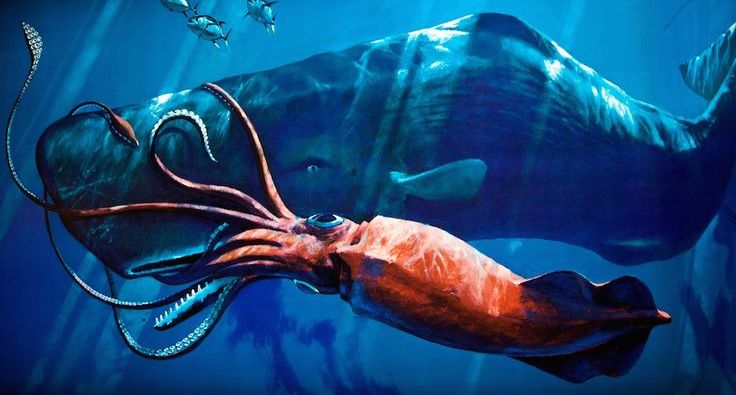 A Father, A Son, A Squid in the Bed

Our four-year-old son, Oliver, recently slipped from his bed in the middle of the night, scampered down the hall to his parents’ room, and scrambled into bed between my wife and me. He’d had a bad dream. But nestled between our warm bodies, he was not comforted. He lay awake squirming, screaming, “There’s a squid in this bed!”

“How could a squid have unlocked the front door,” I reasoned, “climbed the stairs, then . . .”

This was probably the squid Oliver had seen a couple of weeks earlier at the Museum of Natural History, when he’d visited his New York grandparents. Perhaps the squid had followed him home to Indianapolis, then into his dream, then into our bed. For a four-year-old, there can seem little difference between the real and fantastical, between waking and dreaming. When Oliver expresses with certainty that a squid is sharing his bed or that the cord of his window shade is a snake patiently waiting for him to let down his guard and close his eyes, I want to reassure him, even to reason him out of his hallucination. But another part of me hesitates to interfere because it senses that Oliver is on to something.

When I was four, I accompanied my older brother to a Saturday matinee, my first movie: a version of Jack and the Beanstalk. The lights began to dim, the screen to glow. The people on the screen were big but undeniably people, and this boy clambering up a thick, twisting plant that disappeared into the clouds—what good could come of that? “Be careful,” I told him. Then, stomping toward the camera, stomping toward me, came the giant: wild-eyed, tongue licking his lips, his face expanding, filling the screen. I leaped from my seat and dashed up the aisle, through the swinging doors, into the lobby.

A moment later my brother appeared. “It’s a movie, dummy,” he said. “It isn’t real.”

Not long afterward, in kindergarten, I stood before my classmates during show-and-tell and recounted the nightmarish catastrophe that had occurred in my home: bugs had overrun it. They had completely covered the floors and walls and ceilings, so many bugs that there were layers of them, crawling over each other. They were all we could see. We did not dare even to reach out and open a door or window: hundreds of bugs were sure to scamper up our arm.

My classmates cocked their heads, squinting. They giggled. Then they jeered.

It occurred me that I had been recounting an actual nightmare.

Growing older, I began—as we all do—to better distinguish between the real and imagined. But if Wordsworth is right, the development of my rational powers coincided with the shrinking of my powers of wonder: “Shades of the prison-house begin to close / Upon the growing Boy,” he writes. Compelled in part to retain and nurture that wonder—that experience of the world as essentially strange and incomprehensible—I have made a life of poetry. I write it and teach it. I ask my students to read Elizabeth Bishop’s “In the Waiting Room,” in which the young Bishop, days away from turning seven, experiences a horrifying epiphany: a sudden sense of herself as a self, a human self, like all of the other humans around her, yet isolated from them in her own private consciousness. The internal world of imagination and feeling and the external world of sensory experience blur until they are indistinguishable, creating a sensation of being that is beyond the capacity of words to articulate. Bishop can say of it only, “How—I didn’t know any / word for it—how ‘unlikely.’”

W.H. Auden claims, “Whatever its actual content and overt interest, every poem is rooted in imaginative awe.” It is awe that inspires Walt Whitman to call grass “the beautiful uncut hair of graves,” that allows Emily Dickinson to feel that a certain kind of winter light “oppresses, like the Heft / Of Cathedral Tunes,” that lets André Breton see his wife’s waist as “the waist of an otter caught in the teeth of a tiger.” It is not the intellect alone that makes such connections; it is something deeper and stranger within us, something that moves of its own accord, something more in control of us than we are in control of it. It makes Franz Wright see winter clouds as being “the color of the desperation of wolves” and compels Laura Kasischke to compare the sky to “a woman / weeping over her own grave.”

If, as Wallace Stevens says, “The poet is the priest of the invisible” and “Poetry must resist the intelligence almost successfully,” what four-year-old, with her earnest conversations with imaginary friends, and with the ease with which her imagination wipes the floor with her reason, isn’t a poet? A yardstick, held high, is a wizard’s wand, and then, laid on the carpet, it is a fence bordering a miniature pasture. A sock is the proud flag of a powerful kingdom and then, no—it is a sleeping bag in which a little chocolate Santa might take a nap.

Mark Strand observed that a poem “is a place where the conditions of beyondness and withinness are made palpable, where to imagine is to feel what it is like to be.” Replace, in that quotation, “A poem” with “A young child’s talk,” and the idea feels just as true. It is a dessicated life that does not involve a feeling for “beyondness and withinness”—for those states of being that only the imagination can grasp. No matter what other kinds of sense they make, poems have an imaginative and emotional logic—and imagination and emotion are things we have plenty of in our first years.

The older we get, the more good it does us to keep handy a four-year-old—or, failing that, a poem—to remind us of what so easily goes unnoticed: the hair that sprouts from graves, the color of wolves’ desperation in the clouds, the squid in the bed.

Chris Forhan’s memoir MY FATHER BEFORE ME is out now from Scribner. 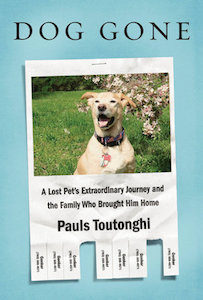 Depression as an acknowledged illness among children has a relatively short history. Often, with depression—especially...
© LitHub
Back to top