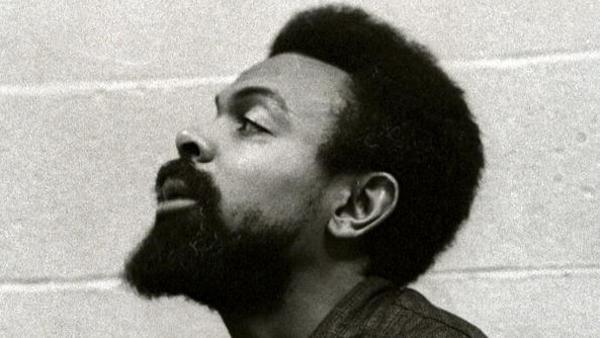 The G closes in on a riot

To form the word griot the G closes in on a riot, cork to the mouth of a bottle of spirits, god to the roar of disordered tribes. Then the word translates from its several origins as storyteller after passing through nuances of servant and crier, minstrel, troubadour, musicman, blood, gree gree, great one, otherness blue, shuttle master, Miss Brown to you, he who lives, eats and learns in the master’s house, etc. In West Africa the Griot is the live and direct library, the living archive or what Sun Ra would call the living myth, the member of the tribe who knows the history of the past, present, and future are simultaneous, and delivers us tender data each time signature as such, as myth, mood, rhymed, mimed glorified, literal and unreal.

Throughout the diaspora the griot is the black artist forced to also be entertainer, collapsed into one demographic, from the minstrel show to Carnegie Hall and the Kennedy Center and in all of the heterotopic spaces in between where the base and elite compete and collide, interrogate one another into increased vitality—the griot stands or shuffles on the frontlines, often forced to make a spectacle of what he or she knows in exchange for the opportunity to express it at all. And regardless of any controversy over category, we are official, we are responsible for telling ourselves the history of our past present and future in a now form, inventing it when we have to or cornering a crew of phantoms to find it.

In Newark, New Jersey, in 1960 now, the griot is the man who makes of the rundown but rising up township a ritual theater, the man who uses his abilities to at once improvise and organize, to document the stories and forces that mark black urban lives in his natal place, employing ruthlessly diverse methods to make reality and myth live as one. And an afrofuturistic folklore or Funklore are born.

The griot and HNIC here, our pillar and primary source, is Amiri Baraka, who after having gone from being kicked out of Howard University for eating watermelon and listening to free jazz in public, to joining the Airforce and serving as a librarian therein, to lowkey token black man within the Lower East Side Beat scene, to abrupt rejection of that role and evolution into militant patriarch of the Black Arts movement in Harlem in direct response to the assassination of Malcolm X in February of 1965, and ultimately returning to his hometown to build a home with his second wife Amina and setting up a recording studio and arts collective in their basement, and aptly naming the ensuing jazz poetics-centered record label Jihad—the griot here in the west as embodied wholly by Amiri Baraka is inevitably part fugitive, part pilgrim, part tentative, part citizen, part politician, park trickster, part healer, unsure, and yet as certain as fiction he tricks and dazzles us into believing in ourselves through redefinition of what the self constitutes, a master shape-shifter.

The Riot’s Bye Bye (by and buy) Justice

We often discuss and scrutinize Amiri’s more inflammatory work on the page without placing any of it in the context of this lived experience and his will to document and revel in, the actual, and to mythologize that to make it bearable. He was devoted to bringing his words to life and life to his words, very literally as sound and performance, ritual governed by technique and ruthless discipline so that it feels effortless, and all of this accompanied by improvised black classical music that is brought about through the same rigor and discipline toward sheer grace and style. Dismissing this work as a vie for political clout leads to the impression that Amiri Baraka was yet another preacher afraid to practice and that impression strips the tone and substance from what we see on the page, making his writing vulnerable to embittered critics who dare to suggest that telling it like it is compromises its beauty. Amiri’s politics was his lifestyle, forming the Spirit House Movers, a group of youth he taught oratory and history of the future, also in his Newark basement HQ, recording them and distributing the records via his Jihad. His politics commuting from Newark into Manhattan to see Cecil Taylor at the Vanguard or Pharaoh Sanders at Birdland, or Jon Faddis at Blue Note, late show, and writing about all of it with impossible candor, and speaking on all of it just as stridently on his LPs. It’s almost unfair to consider his work without engaging its musical component and it is through the music that he most effectively expressed his politics.

To form the word political the citizen must trouble the Greek program until it shatters into disciplines sure enough of the strength and charisma of their auras to be called art. It’s nauseating the way we take Baraka’s immense and untamable body of work, and attempt to divide it neatly, into personal and political, as though one cannot write about the world critically in a intimate and tender way that transcends those categories and proves the extent to which one can be a citizen of himself in a manner that considers the nation a part of that selfhood and criticizes and orients his country and fellow countrymen accordingly.  It has become misconstrued as political to be that brave and sincere when such sincerity forces us to go where reality is to create our art in that image, not just mimetic of it, but as and eternally inextricable from, our reality, we become the ghosts of our chances so that the work be that soulful, we risk all for the real and that becomes a political risk, rids of our desire to write about anything vague sometimes.

I urge all readers of Amiri to become listeners too. To go on the pilgrimage with him in order to truly hear and understand his prophecy. Here is a man whose work threatens or nurses some of our own egos and neuroses to such an extent that it is easier to use him as fodder for debates that veer so far from his project as to be insulting, especially to a man who repeatedly quoted Keats when asked about fidelity, assuring that beauty and truth were his only pursuits. We hear truth inscribe beauty in gully ecology on each and every one of Amiri Baraka’s too often muted and forgotten sound recordings and the critical static about intention is silenced by a timbre in his voice and meaning too earnest and precisely, fervently honest, to try and dissect or deem malicious or unfounded.

Amiri’s was a poetics and politics and music and life, of collective listening. He listened and spoke for every G closing in on a riot and when the riot juts back as wounded pride and when the pride returns as grace, genius, shy and dissatisfied and yet ecstatic, glory. We must remember the importance of contradiction in bringing us closer to the truth we look into the politics of this griot-hero-poet and G closing in as openness.

To accompany Amiri’s collection, S.O.S., I suggest this playlist:

Danez Smith:  What He Left Us

Harmony Holiday is a poet, dancer, archivist, mythscientist and the author of Negro League Baseball (Fence, 2011), Go Find Your Father/ A Famous Blues (Ricochet 2014) and Hollywood Forever (Fence, 2015). She was the winner of the 2013 Ruth Lily Fellowship and she curates the Afrosonics archive, a collection of rare and out-of print-lps highlighting work that joins jazz and literature through collective improvisation. 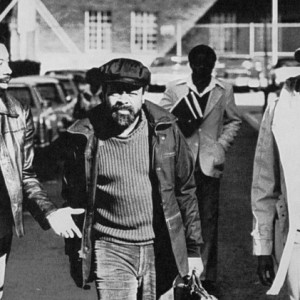