Tiya Miles on Incidents in the Life of a Slave Girl

“I knew what I did, and I did it with deliberate calculation,” Harriet Ann Jacobs later wrote of her affair with a wealthy white man when she was an enslaved girl of fifteen. These bold words not only encapsulated the incredible story of Jacobs’s life, but also sounded the call for an entirely new way of conceiving the fraught experience of black womanhood. By 1861, when Incidents in the Life of a Slave Girl was published “for the author” by a Boston press, Harriet Jacobs had become a free mother, a New Yorker, and a scathing critic of the institution of southern slavery. She had transformed her life and the lives of her children by securing her freedom as well as theirs, and then penned an unprecedented account of her struggle. Perceptive, sorrowful, and ultimately triumphant, Incidents in the Life of a Slave Girl is counted among the most sophisticated texts of the slave narrative genre.

As a black woman addressing white women about issues of utmost sensitivity, as an author articulating the vexed nexus of racialized gender experience, as a woman intent on changing society through her pen, Jacobs was a torchbearer. By telling her story, she explicitly intended to motivate social action. “I have not written my experiences in order to attract attention to myself,” Jacobs proclaimed in the preface to her memoir. “Neither do I care to excite sympathy for my own sufferings. But I do earnestly desire to arouse women of the North to a realizing sense of the condition of two millions of women at the South, still in bondage, suffering what I suffered, and most of them far worse.” Harriet Jacobs sought, above all, to use her single voice as a lever to move women of privilege in defense of women in jeopardy.

Born into slavery in Edenton, North Carolina, around the year 1813, Jacobs was a girl who knew firsthand about this state of vulnerability. Jacobs’s mistress taught her how to read but did not free her, as she had promised Jacobs’s dying mother. Jacobs’s mistress willed her, like a china set or mahogany chest, to a young neighbor, which proved a fateful turn of events for Jacobs. Although Jacobs’s beloved grandmother, called Aunt Martha in the memoir, was a respected free woman in the town, she could not protect Jacobs from the cruelty and neglect of her new owners. Her master, referred  to by the pseudonym Dr. Flint in the narrative, was crude and manipulative. Her mistress, Mrs. Flint, was cold-hearted and self-centered. Dr. Flint sexually harassed and threatened her while Mrs. Flint looked on, enraged by jealousy and determined to punish Jacobs.

The lethal environment of the Flint home pushed Jacobs toward desperate action. In order to avoid an assault by Dr. Flint, she consented to sexual relations with a single white man of standing in the neighborhood, called Mr. Sands in the book. She wagered that Dr. Flint, furious as he might be, would not attempt to rape  her if she was already claimed by a man who was his social equal. Making this decision to protect her body from one white man by giving it to another was Jacobs’s bid to protect her core self from Flint’s tyrannical sway. It was, at the same time, a certain torture for Jacobs. Her devout grandmother, who had instilled strong Christian values in her, was mortified by Jacobs’s premarital loss of innocence. Jacobs felt pained by her grandmother’s disapproval even while internally chastising herself, socialized as she was into the dominant belief of her time, an ideology of “true womanhood” that dictated chastity, piety, and domesticity. Jacobs violated her own moral code as well as society’s by willingly sleeping with Mr. Sands. In doing so, however, she avoided Dr. Flint’s attempt to bend her will to his own.

Harriet Jacobs became a parent. Motherhood transformed her. Once a young woman who had fought enslavement through compromise with its evils, Jacobs matured into a mother who sought freedom for herself and children. Jacobs made her escape through risky action, evasive strategy, and help from others, then vowed to share her story. When she began in the 1850s to write the significant incidents of her life, however, she encountered a grave dilemma. In order to expose what she called the “demon Slavery,” Jacobs was compelled to detail shameful secrets of her own past, opening herself to religious rebuke and social recrimination. Nevertheless, she took up her pen, creating the persona Linda Brent as the protagonist of her autobiographical account. As Linda Brent, Jacobs urged of her “gentle” and “virtuous” readers to hear the voices of enslaved mothers and recognize them as a special class of women oppressed by race. Incidents in the Life of a Slave Girl exposed the South’s sexual culture and argued for the dignity of black women. The account, scathing, yet erudite and controlled, educated an abolitionist audience on both sides of the Atlantic.

Harriet Jacobs confronted her northern readers with the double standard of their own mores. The violation of Christian sexual mores in the slaveholding South was not in and of itself a new topic for abolitionist readers in the decades before the Civil War. White abolitionists had adopted a tendency to highlight black women’s sexual subjugation as a way of castigating slaveowners. But in a rhetorical environment shaped both by southern denial of the sexual abuse of black women and by abolitionist emphasis on such abuse in a way that stereotyped black women as passive victims, Jacobs’s account made for a bold rejoinder by revealing her own agency.

Jacobs was the first African American woman to write extensively and analytically about systemized sexual coercion and assault. She was also the first to articulate the double bind that left black women perpetually exposed to sexual aggression and at the same time held them to an impossible standard of morality. To expose the double standards of society without offending her readership who agreed with the mores under scrutiny demanded care. Harriet Jacobs was examining realities that could not yet be uttered in polite society. Her use of sentimental language common to women’s fiction in the Victorian era, her avoidance of direct description of nudity and sexuality, and her emphasis on the venerated cultural role of motherhood enabled her to lodge her critique. Harriet Jacobs made her case, startling to an audience of free white women, through the skillful employment of language.

Harriet Jacobs was not the only hero of this powerful self-defense tale. She expanded her story to include the experiences of many other women who comprised her former enslaved community. They, too, had struggled to survive systematic psychological and physical assaults in bondage. Jacobs’s analysis of southern corruption, patriarchal power, and moral hypocrisy  applied  to their lives as well as her own. “In Harriet Jacobs’s slave narrative,” writes the cultural historian Hazel Carby, “a coherent framework for a dis­ course of black womanhood emerged for the first time.” Incidents became a treatise on how gendered experience was shaped by race and class and is today a foundational text of black feminist theory.

Even as Harriet Jacobs used her tale to highlight an experience shared by black women, she called for an interracial sisterhood that, while unrealized in many of the relationships portrayed in the book, found form in Harriet Jacobs’s northern friendship circles. In New York, Jacobs found a community of white women who encouraged and assisted her. Cornelia Grinnell Willis, Jacobs’s employer (called the second Mrs. Bruce in the book), was instrumental  in securing her legal freedom. Amy Post, a feminist abolitionist and confidante of Jacobs, encouraged her to write and read the first d rafts. Lydia Maria Child, brought on board by Post, helped edit the manuscript and place it for publication. Sophisticated in its portrayals and social commentary, Jacobs’s narrative is at once a study of ways that women can betray one another by upholding racial privilege and a confirmation of the possibility of bonds across racial lines.

In Incidents in the Life of a Slave Girl, Harriet Jacobs sensitively explored a range of relationships among women, modeled a fierce vision of black motherhood, and championed women’s call to write even in the face of perceived deficiencies. “I want to add my testimony to that of abler pens to convince the people of the Free States what Slavery really is,” she wrote. Jacobs’s book is a classic of women’s autobiography, black autobiography, and personal writing for the public good. Jacobs herself is an exemplar of women’s capacities and courage. I read the first annotated edition of Incidents in an African American literature course my junior year in college. It was 1990, and Jean Fagan Yellin, a literary historian, had snatched the book from obscurity and decades of academic dismissal just three years prior. I still recall reading the last pages of that book while sitting in my dorm room one late autumn night. Jacobs’s eyes, wise, gentle and penetrating, stared out from the photograph in the frontispiece. As a woman in her elder age when the photo was taken in 1894, Jacobs appeared, I imagined then, much like the “good old grandmother” whom she had treasured. I remember grasping my copy, the same one I hold today, and not wanting to let Jacobs go when her dreams were still incomplete. Harriet Jacobs’s account of bondage and the bittersweet realities of freedom broke my young heart and changed the trajectory of my life. Her courage moved me to follow her lead as a writer and educator, to answer in my own small way the call she extends to all of us, her trusted readers. 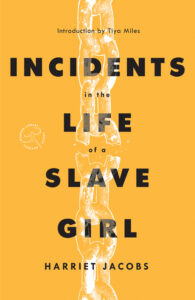 Introduction by Tiya Miles to a new edition of the book Incidents In The Life Of A Slave Girl by Harriet Jacobs. Introduction copyright © 2021 by Tiya Miles. Published by Modern Library, an imprint of Random House, a division of Penguin Random House LLC. All rights reserved.

Tiya Miles is professor of history and Radcliffe Alumnae Professor at the Radcliffe Institute for Advanced Study and director of the Charles Warren Center for Studies in American History at Harvard University. She is a recipient of a MacArthur Foundation fellowship and the Hiett Prize in the Humanities from the Dallas Institute of Humanities and Culture. Miles is the author of The Dawn of Detroit, which won the Frederick Douglass Book Prize, among other honors, as well as the acclaimed books Ties That Bind, The House on Diamond Hill, The Cherokee Rose: A Novel of Gardens and Ghosts, and Tales from the Haunted South, a published lecture series. 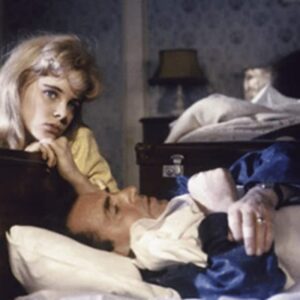