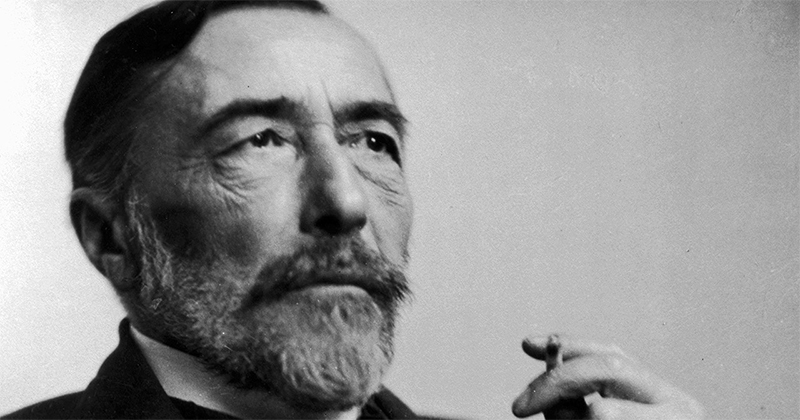 Edward Garnett’s daily job of ploughing through all the manuscripts submitted to Unwin by authors considerably less accomplished than Ford Madox Ford was generally a pretty thankless task, but just occasionally something was sent in which caused real excitement. Wilfred Chesson initially took charge of the manuscripts as they arrived at Unwin’s ofﬁce and then passed on a selection to Edward, who did most of his reading at Henhurst Cross. On July 5, 1894, Chesson received a manuscript submitted for consideration for the Pseudonym Library. The author’s name on the typescript was “Kamudi”—the Malay word for “rudder.” This tale of a Dutch trader’s disintegration in Borneo impressed Chesson, who dispatched it to Edward. The story contained many of the elements of standard exotic “romances” of the time, including piracy, elopement and betrayal, but Edward immediately recognized that the narrative had qualities that set it apart from the usual run of Far Eastern potboilers.

Indeed, the manuscript seemed to challenge many of the conventions of such books: there was a distinctly antiheroic aspect to its main protagonist, the portraits of the natives ran counter to prevailing stereotypes, and the narrative’s mordant undercurrent was entirely unlike superﬁcially similar works. The sophistication of the narrative point of view and the evocation of the tropical atmosphere evident in the opening chapter arrested Edward’s attention. He was captivated, too, by the ﬁgure of Babalatchi, an elderly, one-eyed statesman, and by a night scene at the river’s edge between the Dutch trader’s Malay wife and her daughter. Having read the manuscript, Edward ﬁrmly advised Unwin, “Hold on to this.” He was curious about the author, who he thought at ﬁrst must have Eastern blood in his veins. “I was told however that he was a Pole,” Edward later recalled, “and this increased my interest, since my Nihilist friends, Stepniak and Volkhovksy, had always subtly decried the Poles when one sympathized with their position as ‘under dog.'” The Pole and the Russians: that early association in Edward’s mind was something he could never entirely relinquish.

Accounts vary of when and where Edward ﬁrst met the author of the admired manuscript, Almayer’s Folly. It may have been in October 1894 at Unwin’s ofﬁces, but when he wrote about the occasion over 30 years later, Edward stated that it took place in November, in the plush surroundings of the National Liberal Club in Whitehall Place, whence reader and author had been summoned by Unwin, a life member. Edward may have become a little hazy as to the exact circumstances, but his impressions of the author remained razor sharp:

My memory is of seeing a dark-haired man, short but extremely graceful in his nervous gestures, with brilliant eyes, now narrowed and penetrating, now soft and warm, with a manner alert yet caressing, whose speech was ingratiating, guarded, and brusque by turn. I had never before seen a man so masculinely keen yet so femininely sensitive.

Despite his relative youth (he was 26 at the time of the encounter) Edward had already established something of a reputation. Even the mercurial novice author, who later described his initial view of the London literary scene as “as inviting as a peep into a brigand’s cave and a good deal less reassuring” was aware of the Garnett name. “The ﬁrst time I saw Edward,” he later recounted, “I dare not open my mouth. I had gone to meet him to hear what he thought of Almayer’s Folly. I saw a young man enter the room. ‘That cannot be Edward so young as that,’ I thought. He began to talk. Oh yes! It was Edward. I had no longer doubt.”

The meeting between Edward Garnett and Józef Teodor Konrad Korzeniowski came at an opportune moment for both men. As far as Edward was concerned the year had been blighted by marital tension, mental and physical illness and the further disappointment of his literary ambitions. Korzeniowski, who nine years earlier had anglicized his surname to Conrad, had fared little better. Orphaned at the age of 11, he had subsequently been brought up by his maternal uncle Tadeusz Bobrowski. Although he had seen relatively little of Bobrowski after 1874, when he embarked on a career with ﬁrst the French and then the English merchant marine, Conrad remained close to his uncle, who effectively became his surrogate father.

In February 1894 he received a telegram from Ukraine informing him of Bobrowski’s sudden death. Conrad was in London at the time, where a month earlier he had signed off as second mate on the steamer Adowa. He retreated to his cramped quarters in Gillingham Street, which he shared with several other boarders, and unavailingly looked for work, while putting the ﬁnishing touches to Almayer’s Folly, which he had begun in the autumn of 1889. A month after sending the manuscript to Unwin in July 1894 Conrad, by now in the grip of one of his not infrequent bouts of depression, went off for a water cure in Champel-les-Bains near Geneva. He returned to London on 6 September in low spirits, unemployed and relatively short of funds.

Although he was unaware of it at the time, Conrad’s maritime career was at an end. Henceforth he would earn his living by his pen, writing in his third language; a daunting prospect for a man rising 37, with nothing published to his name and few contacts in the literary world. Fortuitous indeed, then, that one of the first people he met when he peeped into the “brigand’s cave” was Edward Garnett, with his impeccable literary background, knowledge of publishers and, perhaps most crucially, his sensitivity to Conrad’s fluctuating moods and often agonizing self-doubt. In contrast, Edward’s employer’s lack of this last quality was evident at the National Liberal Club meeting when Unwin’s efforts to engage Conrad in conversation about politicians and some of the authors on his list were “as successful as an attempt to thread an eyeless needle.” Edward looked on during this stilted exchange, hypnotized by the flash of Conrad’s pointed patent leather shoes as he continually shifted one foot over the other. Unwin’s casual reference to “your next book” put an end to all pretense at conversation: “Conrad threw himself back on the broad leather lounge and in a tone that put a clear cold space between himself and his hearers, said: ‘I don’t expect to write again. It is likely that I shall soon be going to sea.'” Unwin “expressed some deprecatory ambiguities” and then made off to more promising-looking friends in the far corner of the room.

In this seemingly unpropitious situation Edward’s instinct took over: speech came to him in a rush as he sought to persuade Conrad that the life he had seen on sea and land would vanish if he did not record it in literature and, more importantly, that it was clear from Almayer’s Folly that he had the power and talent to do so. “Conrad listened attentively,” Edward recalled, “searching my face, and demurring a little. It seemed to me afterwards that he had come to meet me that night partly out of curiosity and partly as an author who, deep down, desires to be encouraged to write.” Conrad himself stated on several occasions that it was Edward’s ﬁnely tuned eloquence that convinced him to take up authorship as a career. Towards the end of his life he reiterated this belief to Gertrude Bone, a minor novelist and mutual friend:

If [Edward] had said to me “Why not go on writing?” I should have been paralyzed. I could not have done it. But he said to me, “You have written one book. It is very good. Why not write another?” Do you see what a difference that made? Another? Yes: I would do that. I could do that. Many others I could not. Another, I could. That is how Edward made me go on writing. That is what made me an author. 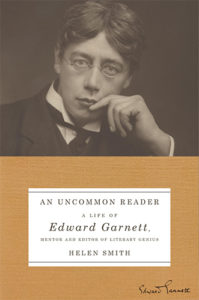 From An Uncommon Reader: A Life of Edward Garnett, Mentor and Editor of Literary Genius. Used with permission of Farrar, Straus and Giroux. Copyright © 2017 by Helen Smith.

Helen Smith is British writer and scholar. She earned her PhD in literature from the University of East Anglia, where she is a lecturer in modern literature and the director of the master’s program in biography and creative nonfiction. She has won the Biographers’ Club Prize and the RSL Jerwood Award for Non-Fiction, and lives in South Norfolk with her husband.

A Close Reading of the Best Opening Paragraph of All Time 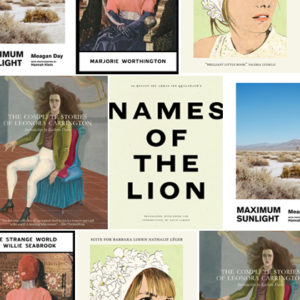 As the nation’s only nonprofit distributor, Small Press Distribution is dedicated to getting small press literature to the people...
© LitHub
Back to top
Loading Comments...