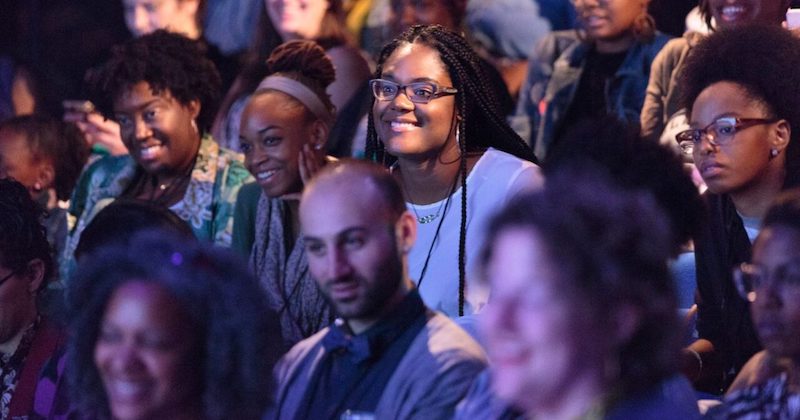 Celebrating a Sisterhood of Black Women Writers (And Readers)

“This is a historic moment,” Tayari Jones announced when she got on stage at the Well-Read Black Girl Festival. While she had grown up up with models of important black women writers, this specific experience was something she hadn’t imagined. “I don’t know that we ever had all of us in the same room. I hope everyone is taking pictures. Take your pictures!” she pleaded with us joyfully. “Tag me! Tag yourselves! Tag your friends who can’t be here, because they are here.”

The room cheered, clapped, and took their photos. Every seat was filled, from the bottom of the ballroom at BRIC to the uppermost balcony. It was the inaugural Well-Read Black Girl Writers’ Conference & Festival, which grew out of a Kickstarter campaign that was exceeded in just three days, which sold out quickly and was attended ebulliently. 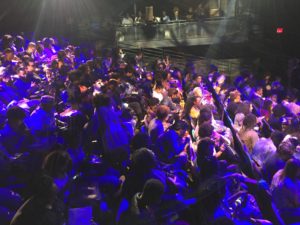 The ballroom at BRIC

“Hey, you guys!” was how Glory Edim began the afternoon, greeting us like a roomful of her closest friends. Glory started Well-Read Black Girl, a book club and online platform, in 2015 with the mission to increase the visibility of black women writers and initiate meaningful conversations with readers. I brought up that word, meaningful, to Glory when I caught her backstage. “Yes, the key word is meaningful. It’s not something that’s performative, it’s not throwing around buzzwords like ‘diverse’; it’s that we really want you to connect with one another and really understand each other’s lived experiences. . . So much of writing is in solitude, but when you’re having a meaningful conversation and a connection with somebody, it goes beyond yourself.”

Onstage, Glory almost teared up as she extolled the connections her book club has brought. “It allowed me to find my purpose, my tribe, my people.” She called up Dianca Potts, Well-Read Black Girl’s online editor, to take a photo from the stage. She said that she wanted the publishing world to see this—a room full of black women and women of color who are changing the face of the industry. Dianca took a photo and then an Instagram story (“Snapchat for the older millennials,” she joked, and after it didn’t take the first time, “I feel like a dad at prom!”), and asked us to yell “Well-Read Black Girl!” on three. The entire room shouted those magic words. 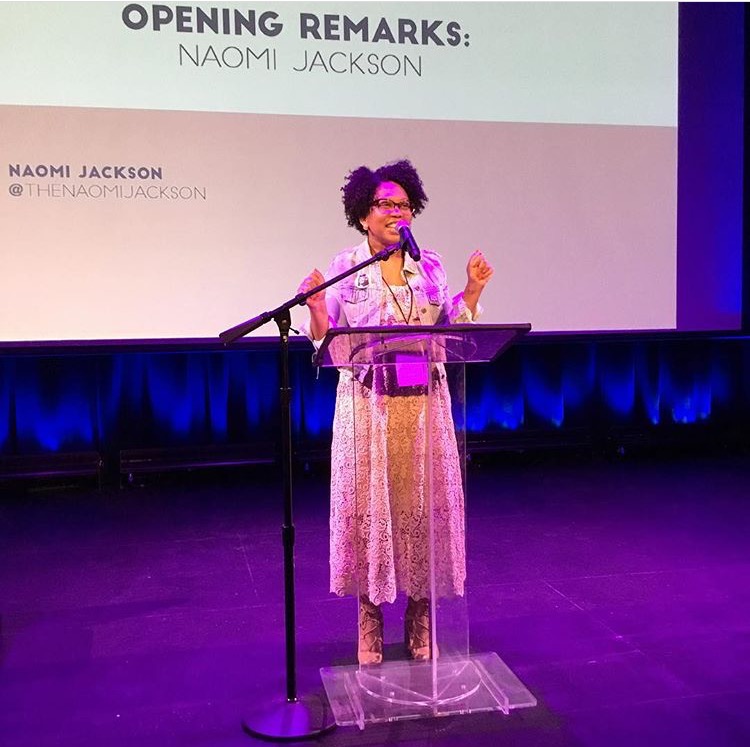 Naomi Jackson began her keynote speech by telling the audience that we looked amazing and thanking her fellow Capricorn, Glory, before saying, “I’m just gonna get to it so we don’t run black and late all day.” She said a favorite quote of hers is that the best gift you can give a writer is the gift of intelligent attention, and that’s what Well-Read Black Girl gives to her. “It’s necessary, because outside in the worlds beyond these walls. . . we don’t get that many chances to be brave and bold and smart and contrary, to be loved for the fullness of ourselves.” That’s the beauty of inclusion—the allowance to be contrary—and all day, attendees felt that allowance here. There was a natural back-and-forth between presenters and audience, a blurriness of boundaries that comes with comfort. It was a place where both Jacqueline Woodson and a writer who had just finished writing a book but just had “no idea about this industry at all” raised their hands during a Q&A.

“I promise you that someone in here can show you the way, and they will show you the way. Somebody raise your hand if you wanna meet her after this and help her,” Tayari Jones assured the emergent writer. Arms stretched toward the ceiling. “See? There you go.”

“Being a part of this sisterhood of black women writers is a dream I didn’t know I was allowed to have.”

were selling hand-made, black-and-white wall hangings, quoting lines like “You Are Your Best Thing,” “You Alone Are Enough,” and “Take Root Among the Stars.” I had my eye on the Zora Neale Hurston quote “Hundreds of Books Under My Skin,” but by the time I got out of the first panel, it had already sold out. We did not just come to the Well-Read Black Girl festival to watch: we came to support. 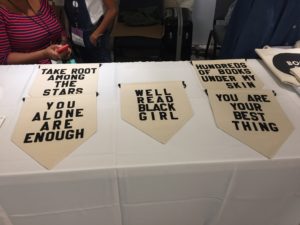 At a panel called Writing Rituals As Self-Care, moderator Jenna Wortham asked the panelists what their relationship to self-care was. “It’s an act of survival to keep going,” Jenn Baker said. “When people say self-care, I say, this is self-preservation.” Basey Ikpi agreed, “I had a motto for years: self-care above all else.”

“I’ve stopped being the mistress of my e-mail,” Ashley C. Ford volunteered. Jenna confirmed this; she had in fact e-mailed the panelists that week and gotten a bounce-back email from Ashley saying that she only checks her e-mail at designated times. “I e-mailed her back right away saying, this is genius, but then I got another bounce-back,” Jenna laughed.

“I respond to e-mail in a priority that I decide,” Ashley said. Ashley was chock-full of good ideas: next she revealed that sometimes when she is having a bad writing day, she will go to YouTube and watches videos of women giving birth at home. “Then I’m reminded that I’m not doing shit. You can finish this paragraph; that lady just gave birth in what looks like a creek!” 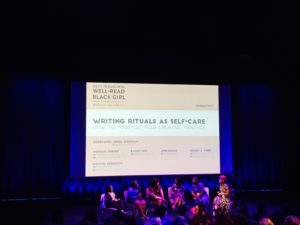 Morgan Jerkins spoke about how when she began writing for money, it became exhausting to constantly have to perform the role of an angry black writer. “Where is the room for black joy, too?” she asked. It reminded me of what Tayari Jones said earlier about how black writers are often called upon to write sociology, to write about race and racism, instead of art. “There are some people whose purpose of their work is to illuminate racism, and that’s deeply important, and there are other people whose owrk is to talk about the dynamics black people have when they’re talking to each other within families. There is not one particular task of the black artist.”

It’s the particular burden of a writer of color that when they are finally granted visibility, it often comes with parameters: that they have to educate, that they have to stay within the box the public has deemed comfortable to see them in. I kept thinking about when a young writer raised her hand at one panel and said, “There’s an expectation that when you write about black people you’re writing about blackness. How do you deal with writing about black people, when it’s not about them being black all the time, but it’s just about them being people?” Visibility isn’t the only goal–there’s also the achievement of humanity, in all its complexity, and that was celebrated here.

“Being a part of this sisterhood of black women writers is a dream I didn’t know I was allowed to have,” Dianca Potts told me at the end of the day. “Getting to honor our literary foremothers, celebrate the living canon, and inspire future Audres, Tonis, Mayas, and Octavias. . . it reminds me of how dynamic, diverse, and prolific black women writers are and how much our stories matter.”

There was so much that mattered on display that day, just as there was so much room for joy, so much contrariness and meaningfulness and visibility, with the well-read black girls in their rightful place: in the spotlight. 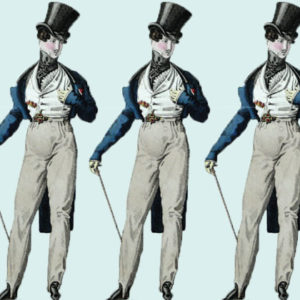 “Dress is the expression of society,” wrote Honoré de Balzac in his “Treatise on the Elegant Life,” which appeared...
© LitHub
Back to top
Loading Comments...