Scientists say the average human
life gets three months longer every year.
By this math, death will be optional. Like a tie
or dessert or suffering. My mother asks
whether I’d want to live forever.
“I’d get bored,” I tell her. “But,” she says,
“there’s so much to do,” meaning
she believes there’s much she hasn’t done.
Thirty years ago she was the age I am now
but, unlike me, too industrious to think about
birds disappeared by rain. If only we had more
time or enough money to be kept on ice
until such a time science could bring us back.
Of late my mother has begun to think life
short-lived. I’m too young to convince her
otherwise. The one and only occasion
I was in the same room as the Mona Lisa,
it was encased in glass behind what I imagine
were velvet ropes. There’s far less between
ourselves and oblivion—skin that often defeats
its very purpose. Or maybe its purpose
isn’t protection at all, but rather to provide
a place, similar to a doctor’s waiting room,
in which to sit until our names are called.
Hold your questions until the end.
Mother, measure my wide-open arms—
we still have this much time to kill. 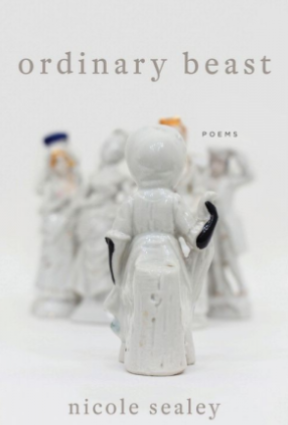 EccoNicole SealeyOrdinary BeastpoemspoetryThe First Person Who Will Live to Be One Hundred and Fifty Years Old Has Already Been Born
Share:

Born in St. Thomas, U.S.V.I. and raised in Apopka, Florida, Nicole Sealey is the author of Ordinary Beast, finalist for the PEN Open Book and Hurston/Wright Legacy Awards, and The Animal After Whom Other Animals Are Named, winner of the Drinking Gourd Chapbook Poetry Prize. Her other honors include a Rome Prize for Literature, a Hodder Fellowship at Princeton University, the Stanley Kunitz Memorial Prize from The American Poetry Review, the Poetry International Prize and a Daniel Varoujan Award, grants from the Elizabeth George and Jerome Foundations, as well as fellowships from the Bread Loaf Writers’ Conference, CantoMundo, Cave Canem, MacDowell Colony and the Poetry Project. Her work has appeared in The New Yorker, The New York Times and elsewhere. Nicole holds an MLA in Africana studies from the University of South Florida and an MFA in creative writing from New York University. Formerly the Executive Director at Cave Canem Foundation, she is concurrently a Visiting Poet at City College of New York and Syracuse University.
http://nicolesealey.com

Hanging Out with Pennywise and My Grandmother's Ghost 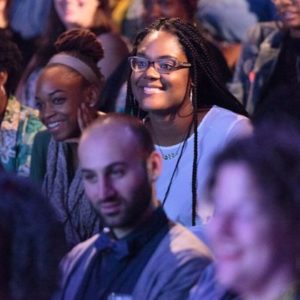 “This is a historic moment,” Tayari Jones announced when she got on stage at the Well-Read Black Girl Festival. While...
© LitHub
Back to top
Loading Comments...