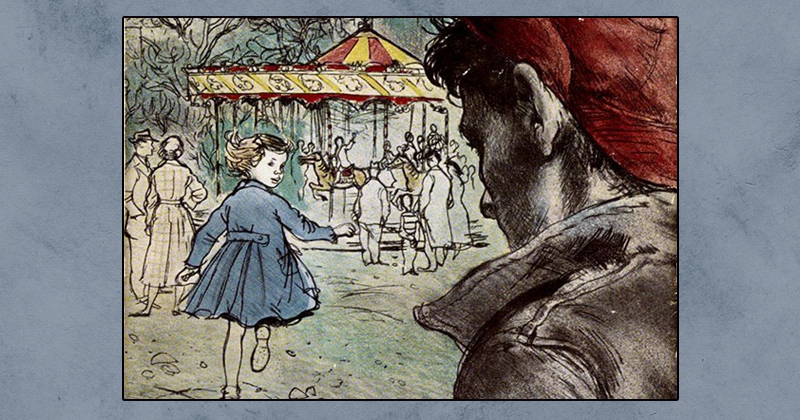 I Learned to Understand the Appeal of Reading Everything

I read Catcher in the Rye for the first time as seventh grader with a shaved head, polyester thrift store button-up shirts, acne, and an abundance of teen angst. My teacher handed me the book and said, with some reservation, “I think you can handle this.” She was, in ways she couldn’t have anticipated, entirely wrong.

I fell madly in love with Holden. He was caustic but well-meaning. He drank liquor and rented hotel rooms and helped kids tighten their skates. He could ask an adult woman to dance but was as profoundly lost as I was. I had never imagined someone like that might exist (although, technically, he didn’t). For those 108 pages, I got to be with him. Here, I thought, was someone like me. “I keep my kings in the back row!” I wanted to tell him. I contemplated our happy lives as two people pretending to be deaf-mutes, communicating only through hand-written notes. I’d learn to whistle shockingly well, just to keep him entertained. I’d never wear fake nails. We could spend our lives erasing “fuck” from all the playgrounds and museums in New York. We would never be phonies or bores.

“What really knocks me out,” Salinger wrote, “is a book that, when you’re done reading it, you wish the author that wrote it was a terrific friend of yours and you could call him up on the phone whenever you felt like it.” I knew exactly what he meant.

I began to emulate Holden’s behaviors, borrowing his vocabulary and worldview. “I’m short on dough,” I remember saying to my friend outside the cafeteria, trying to act nonchalant. She smirked and asked, “Did you just say ‘dough’?” A year later, on a family trip to New York, I wandered through the Egyptian wing of the Natural History Museum, imaging it through his eyes. Coming back from long choir trips late at night, I’d strain my eyes in the dim light of the school bus to re-read passages from Catcher. On one trip, the band teacher asked if I was okay. “When you’re reading a book like that,” she said, “I just have to check.”

When my sister began Catcher in the Rye, I felt threatened by her intrusion into what I had perceived as my private world. She did not, however, become enraptured by Holden; she finished and moved on to Nine Stories and Franny and Zooey. She grew irritated with me for refusing to read anything new. But I was terrified by the existence of other books by Salinger. What if they were terrible? What if they ruined Holden?

Throughout my high school education (and into college), I flipped through the pages of required reading for English classes, but I couldn’t pay attention to anything else. By junior year, I’d read The Catcher in the Rye 13 times. Libraries, with their shelves and shelves of books and characters and places, gave me a sense of anxiety. What if none of them moved me in the same way? What if the world were really full of phonies? How could I ever wade through that?

I often joke that I learned how to read my senior year of college. What I mean is that I finally learned how to read something else. The first day of my MFA program, we went around the room and identified ourselves by our favorite books. I didn’t recognize most of the authors and titles. My palms sweated onto my pant legs and I felt woozy trying to think of something more interesting than the book every kid had read and complained about in high school (“But they’re the phonies,” I’d insisted to my English teacher when classmates brought up Holden’s whiney tone).

It is still a source of embarrassment and frustration to talk to writers about their rich literary childhoods, the refuge they took in the library, their escape into the endless landscapes of new worlds, their training in creating people and places and the things that happened there. That was not my experience. There was just one other book that snuck through—The Great Gatsby. Gatsby’s infatuation with Daisy spoke to my love for someone made immaculate by their lack of existence. I imagined befriending him, bonding over our respective impossible loves, and finally one day turning to each other, wild with wonder at the person who’d been there all this time.

It wasn’t until we read Kurt Vonnegut’s “Harrison Bergeron” in class that something changed. Yet again, I felt an instantaneous connection—but this time, it was with the story, not its main character. Vonnegut’s hyperbolic takedown of authority struck a special chord with me. I was entering my final year in a strict, Christian college, and I felt stymied by the Handicapper General in my own life. And what a fool Vonnegut painted her to be.

It was a revelatory experience. I finally understood the appeal of reading, of reading everything, and I set out to make up for lost time. My first graduate advisor suggested Miranda July’s No One Belongs Here More Than You, which I consumed with my mouth agape. I didn’t know writing was allowed to be like that—so uncomfortably human. I borrowed a friend’s copy of Italo Calvino’s Cosmicomics and realized that there are countless ways to illuminate the human experience, ways that don’t even require humans. What—that book made me ask—isn’t possible? Another advisor suggested Eileen Myles’ The Importance of Being Iceland, and I was delighted by her magical use of language. A librarian suggested Micheline Aharonian Marcom’s Mirror in the Well, which gave me a sort of synesthesia. The words had texture; its narratives hummed with an electrical current. There are so many ways, I realized, to love a book.

Although I’ve moved on from Holden, I’ve never forgotten that first burst of admiration. I still read for that rush, but what inspires it has expanded. I now find myself moved by language and imagination and emotional honesty, by a brilliant turn of phrase and a privileged glimpse into the perspectives of others. By opening my mind to other books, I’ve discovered things I didn’t know I was looking for—and am so grateful to have found.

Tatiana Ryckman was born in Cleveland, Ohio and lives in Austin, Texas. She is also the author of of the novella, I Don’t Think of You (Until I Do) and two chapbooks of short prose, Twenty-Something and VHS and Why It’s Hard to Live. Tatiana’s work has appeared on Tin House’s The Open Bar, Barrelhouse, Opossum Lit, The Establishment, Nonbinary Review, Flavorwire, and many other publications. Tatiana has been an artist in residence at Yaddo and Arthub, and she is the editor of Awst Press and Assistant Editor at sunnyoutside press.
http://tatianaryckman.com

The Downloadable Brain: We're Closer Than We Think to Immortality 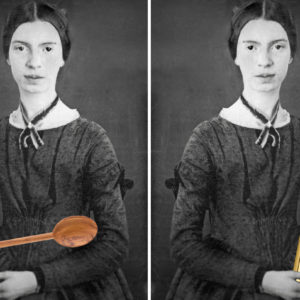 It's fairly common knowledge these days that everyone's first favorite poet Emily Dickinson was also no slouch in the kitchen....
© LitHub
Back to top