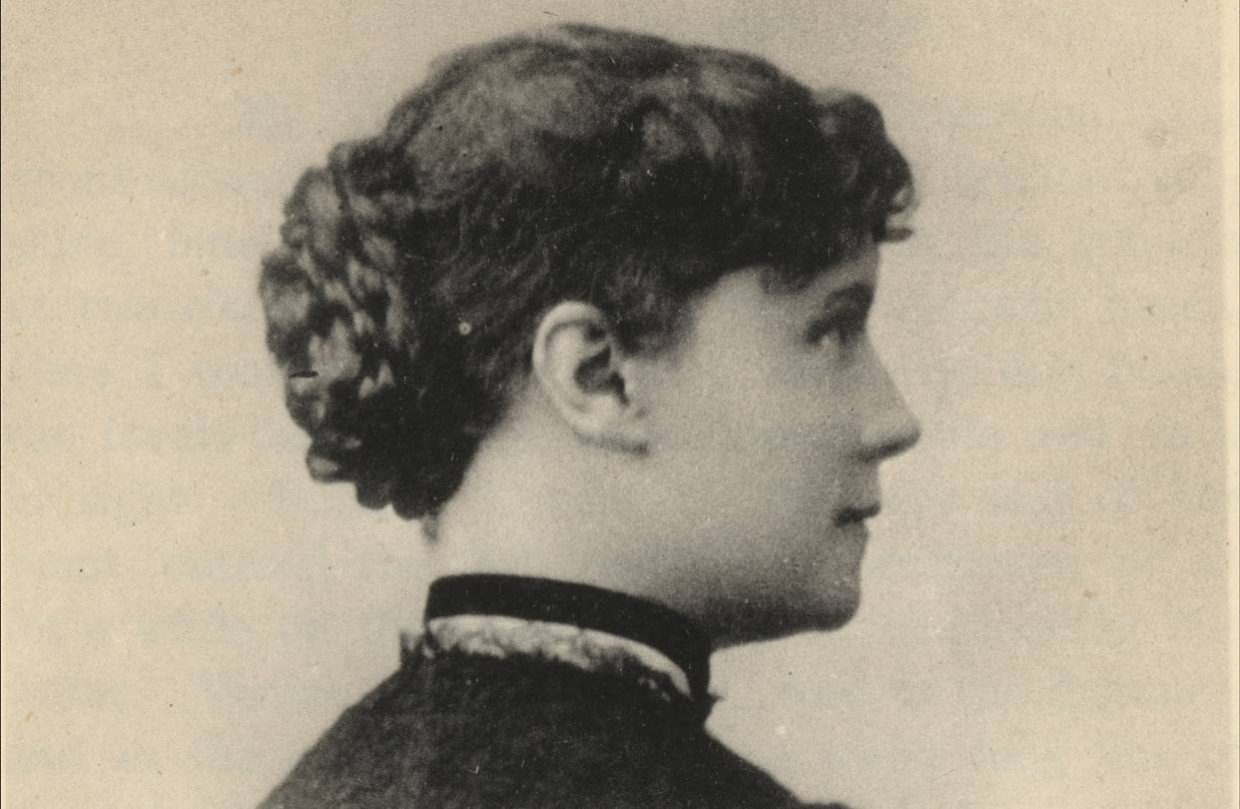 Rumaan Alam recently wondered, “Why Wasn’t Great American Novelist Jane Smiley On the Cover of a Magazine?” While Jonathan Franzen has been on the cover of Time magazine, heralded as the Great American Novelist, Smiley keeps writing the kind of ambitious and accomplished novels that should gain her the same recognition, but haven’t. Alam points to the way the deck is stacked against women writers and stops to ask, “God, have we really been having this conversation for this long?” He is referring to the year 2012, when Meg Wolitzer published her ground-breaking piece “The Second-Shelf” in The New York Times. From my perspective, though, the conversation has been going on for a lot longer—150 years, at least, for American women writers and even longer for British.

The women writers I study from the 19th century confronted the same issues that are still facing women writers today. I recently published a biography of one of them: Constance Fenimore Woolson, one of the most highly regarded American novelists of her time. Yet she is barely known today. The reasons are complex, but many of them overlap with the reasons Alam points to for why Smiley hasn’t received the honors she deserves. In fact, I am tempted to call Woolson the Jane Smiley of her day.

Woolson grew up in a climate every bit as derisive toward women writers, and then some, as that of today. During the 1850s, when she was in her teens and forming her own view of herself and her future prospects, a rancorous debate was going on about the merits of women’s authorship. Writers like Harriet Beecher Stowe and Fanny Fern—who outsold and out-earned their male contemporaries by the tens of thousands—provoked many male critics to discourage other women from attempting to follow in their footsteps. Sometimes they did so with mockery, such as this Putnam’s reviewer, who wrote in 1854, “the books of almost all lady authors are readable, just as the conversation of all women is entertaining; the errors, volubility and misconceptions, which we will not tolerate in men, become amusing and entertaining in case of a lady, or a child.” At other times, they were bitter, as when Nathaniel Hawthorne complained to his editor of the “damned mob of scribbling women” who were robbing him of an audience. Although he did not publish his views on women writers, he made them clear within his own circle of family and friends, discouraging his own very talented wife, Sophia Hawthorne, from writing. He thanked God, he once wrote to her, that she had “never prostituted [her]self to the public, as . . . a thousand [women] do.”

It seems that similar attitudes confronted Woolson as well. In the family’s cherished first volume of Harper’s magazine, I found that someone had drawn a goatee and mustache on the portrait of a woman writer in its pages. Woolson was taught that, as one of her male characters later expresses it, “A woman ought not to appear ‘in the papers’ but twice; when she is married and when she dies.” The talented young female cousin of that character, who wants to be an artist, finds it unfair that an unmarried woman has no “chance of being anybody until she is dead.” Woolson didn’t marry, and she did not begin to publish her writing until she was thirty, after her father’s death. When the time came, she balked at using her own name, but ultimately she was convinced to do so. Her middle name, Fenimore, inherited from her great uncle James Fenimore Cooper, was a commodity too valuable to suppress. Nonetheless, her writings show how clearly she struggled to overcome the taboo against women’s ambitions. For even though she began publishing to support herself and her mother, she quickly developed a prodigious ambition to gain the critical recognition that no woman writer this side of the Atlantic had yet achieved. Within ten years, she had achieved her goal, her first novel, Anne, having led critics to proclaim her a worthy successor to the recently deceased George Eliot.

Even today women writers, as Alam points out, are rarely rewarded for their ambition, for writing sprawling novels that try to tell the American story and that, dare I say it, make a bid for that elusive white whale, the Great American Novel. In the 19th century, Stowe’s Uncle Tom’s Cabin briefly gained that sort of recognition, until it was condemned as sentimental shlock in the 20th. (Interestingly, Smiley herself tried to resurrect it and place it above Adventures of Huckleberry Finn, a move that brought her buckets of hate mail, she once admitted in an interview.) In the late-19th century, Woolson’s Anne was an ambitious book that aimed not at social revolution, as Stowe’s did, but at the status of “art.” Harper’s magazine began the serialization of Anne in its first issue published in England, in December 1880, precisely because it recognized the novel’s status as thoroughly American. Harper’s wanted to show the Brits what American writers could do.

Anne begins very much as a regional story, about a young woman growing up on Mackinac Island. But Woolson wouldn’t stop there. She was eager to transcend the small canvas on which many women (like her contemporary Sarah Orne Jewett) excelled. So Woolson plucked her heroine out of her secluded island home and drove her across a good part of the northern United States, from fashionable New York society to the wilds of West Virginia battlefields during the Civil War. Anne was both a social novel and a deeply personal coming-of-age story that was embraced on both sides of the Atlantic. It sold well, earning Woolson a $1,000 bonus and an exclusive contract with Harper & Brothers (not bad for an author even today). In fact, Anne outsold by nearly ten times a novel published almost simultaneously, Henry James’s The Portrait of a Lady. Yet, like Smiley, Woolson has been punished for her popularity and relegated to the status of a regionalist, a designation that has been used to relegate primarily women writers to a minor status for well over a century. However, Woolson’s novels and stories don’t stay put in one place any more than Smiley’s. At least one publication, the Boston Globe, called Woolson American’s “novelist laureate.” And yet it is male writers like Saul Bellow and James, as Alam points out, whose fiction is viewed as universal, no matter how small the world they portray.

Woolson also dared to write beyond the limited sphere of “women’s fiction” as it was then constructed, writing outside of domesticity, as Smiley does. Woolson wrote from the point of view of male characters and took on the politics of Reconstruction after the Civil War. Yet her work was not allowed to transcend the gender of its author. James criticized her novel East Angels (1886) for betraying the “feminine . . . hand” that allows “the love-story” to dominate, unwilling to recognize that his own The Portrait of a Lady was all about Isabel’s various romances. Meanwhile her novel, in some ways a response to his, takes on the social relations of North and South after the war and the complex relationships between women.

In one interesting particular, however, Woolson’s story and Smiley’s diverge. Although Smiley has not been on the cover of a major magazine, Woolson was accorded that honor. Her portrait graced the folio-sized cover of Harper’s Weekly, arguably the Time magazine of the late-19th century. (This was Harper & Brothers’ weekly news magazine, as distinct from Harper’s New Monthly Magazine, usually called simply Harper’s, in which all of Woolson’s novels were serialized and which was the forerunner to today’s magazine.) Woolson’s portrait was accompanied by a largely positive analysis of her writing by James, whom we could call the Franzen of his day. James was asked by the editors to write it because of the accolades Woolson had won with East Angels, which cemented her reputation and made her one of Harper and Brothers brightest literary stars. Of course, however, James is the one everyone remembers now, not Woolson.

Woolson’s literary star faded quickly after her death in 1894, a time of shifting literary tastes. With the advent of literary modernism, her work was branded Victorian and sentimental, although its excavation of her characters’ deepest emotions makes it perennially modern to those who seek it out. Woolson’s work and career are a reminder that women’s literary ambitions are not a recent phenomenon. She was a writer who aimed for and reached the heights of literary recognition, despite even greater obstacles than those facing women writers today. The fact that Woolson has been buried under decades of critical neglect should matter to anyone who is concerned about the VIDA count and the reputations of women writers. 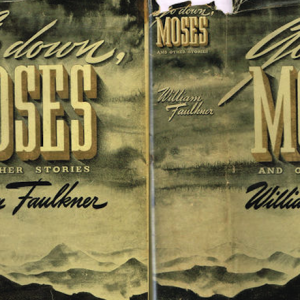 Garrard Conley survived 'ex-gay' therapy and it made him a better writer. | Literary Hub Louise Erdrich on...
© LitHub
Back to top