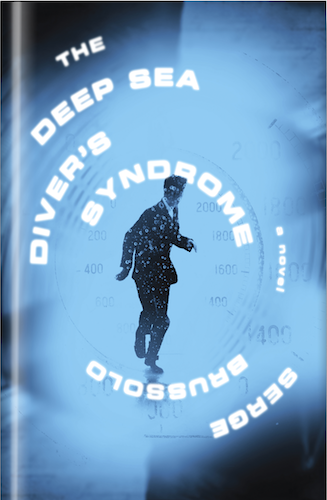 The following is from Serge Brussolo’s novel, translated by Edward Gauvin, The Deep Sea Diver’s Syndrome. Brussolo is the author of nearly two hundred books in every possible genre—dark fantasy, horror, historical fiction, young adult fiction, thrillers, and literary fiction. His books are consistently bestsellers, have won every major French science-fiction prize, are considered modern classics, and have been made into films.

His heart was beating way too fast. The veins in his left arm were beginning to ache, a painful blister throbbing on his wrist, right over his pulse. He leaned on the desk to catch his breath. He had to stay cool in the face of a nightmare, or else the dream would eject him without regard for decompression stops. He mastered his breathing. If he gave in to the nightmare, the excess of anxiety would result in a brutal awakening as his consciousness tried to flee unbearable images by snapping back to reality. If he wasn’t careful, he’d take off right from where he was standing, literally sucked up toward the surface. He’d rise straight into the air, clothes and shoes tearing away, punch through the ceiling and the whole building like an arrow through a lump of clay . . . he’d lived through it once or twice before, and it was a horrible memory. The feeling of suddenly becoming a human cannonball, tearing headfirst at the most terrifying obstacles: walls, floorboards, ceilings, rafters, roofs . . . Each time he was sure his skull would burst open at the next impact, and even though that never happened, hurtling through buildings of slime was still a disgusting experience. When the dream stopped short, the structure of things weakened, the hardest materials took on an ectoplasmic consistency like raw egg whites or jellyfish. He’d had to make his way through that cloacal mire, arms over his head to streamline his ascent, mouth clamped shut to keep from gulping down the gelatinous substance of a decomposing dream . . .

Cheats, Liars, and Madmen: "New York Values" and Other Lines 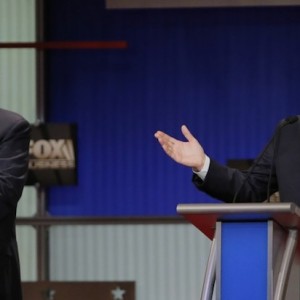 Cheats, Liars, and Madmen: "New York Values" and Other Lines As the presidential election year begins, we are honored that Literary Hub continues to depend on us to point out and translate...
© LitHub
Back to top